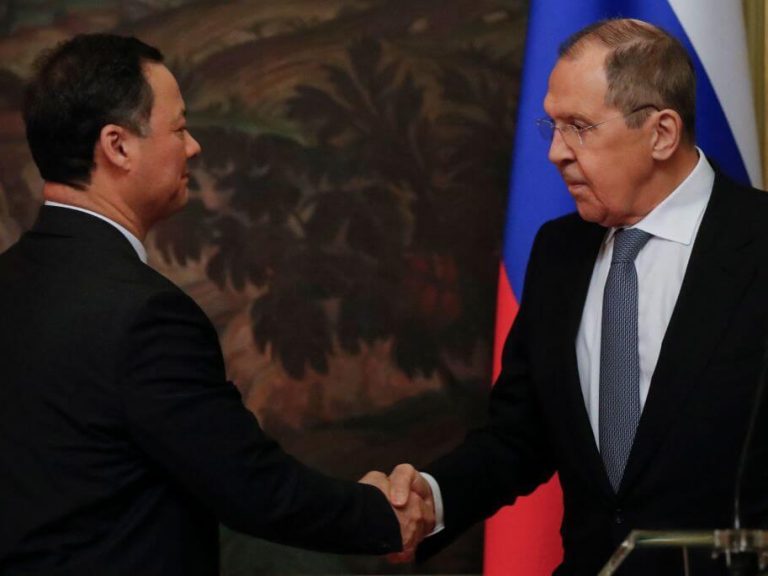 WorldBy Sergey Sukhankin
Read: China vs Russia in Central Asia?In reality, however, in launching its military offensive against Ukraine, Russia’s strategic goal should be viewed as follows: further dismemberment of the country—ideally breaking it up into two separate and, perhaps, loosely connected entities based on geographic and ethnic-linguistic principles—and the restoration of a pro-Russian puppet government, potentially led by Ukraine’s former president Viktor Yanukovych who fled to Russia in 2014, which will be completely subordinate to the Kremlin’s will.

WorldBy Ramakrushna Pradhan
Beijing’s SCO and BRI framework should be studied within this perspective to understand its grand strategy in Central Asia, an important zone of world geopolitics.

SecurityBy Sergey Sukhankin
Mass protests in Kazakhstan, Central Asia’s most stable country economically, started over the government’s unpopular decision to double gas prices, which affected the most vulnerable layers of the Kazakhstani society.

WorldBy Sergey Sukhankin
In Moscow, understanding seems to be growing that the idea of the “Great Turan,” built on the ideology of the unity of the Turks, is rapidly spreading not only across South Caucasus and Central Asia, but it is also gaining popularity in ethnically and religiously diverse parts of Russia as well.

OpinionBy Turan Gafarli
From the shores of the Arctic, the city of Vladivostok, and in the great steppes of Central Asia, this ominous imperative reminded the people under which nation’s guidance they are living.

OpinionBy Ömer Özkizilcik
At the same time, other states have had an important number of their citizens join Daesh as well, particularly post-Soviet Central Asian states.

FinanceBy Bilal Bagis
It also provides transparency, decentralization, and increases efficiency and decreases transaction costs thanks to no intermediaries.

The Great Climate Upheaval: One Billion People are Expected to Migrate by 2050

TurkeyBy Murat Kazancı
It is not surprising that the vast majority of graduates are from Turkey's close geography with about 28 percent of graduates coming from Central and South Asian countries.

The Hedgehog’s Dilemma: Turkey’s Position between the West and Russia After the Invasion of Ukraine

TurkeyBy Mevlüt AkçapaTakyettin Karakaya
It is challenging to pinpoint the precise nature of this intricate relationship considering the two countries’ competing interests in the Caucasus, Central Asia, and the Middle East as well as their collaboration in the business and energy sectors.

SecurityBy Burak Elmalı
The rhetoric of “divided nation” and “oppressed people”, together with the initial aims of “demilitarization” and “denazification”, remain the central pillars of Russia’s pretext for invasion.

WorldBy Furkan Halit Yolcu
" President Jinping’s central prospect for the international system is creating functional ties between states and regions in order to build a common strategy for the future.

TurkeyBy Bilal Bagis
Realtor companies, research centers, the Central Bank of the Republic of Turkey (CBRT), and the Turkish Statistical Institute (TSI) data provide enough evidence that house prices and rental costs are soaring, up to a few hundred percentage points in Turkey.

EnergyBy Fuad Shahbazov
In Central Asia, Russia’s immediate neighborhood, Turkmenistan, Kyrgyzstan, and Tajikistan preferred not to speak about or react to the war in Ukraine.

NewsBy Aman Kumar
” Hence, "the war would also spur the adoption of digital finance, from cryptocurrencies to stable coins and central bank digital currencies," she added.

NewsBy Hicran Çokyaman
Read: Where Does Central Asia Stand on Russia’s War in Ukraine?Russia's star conductor Valery Gergiev was forced to speak out against the Russian invasion of Ukraine, given a deadline and threatened with being fired from the Munich Philharmonic.
12345…
6
7
Go to Top