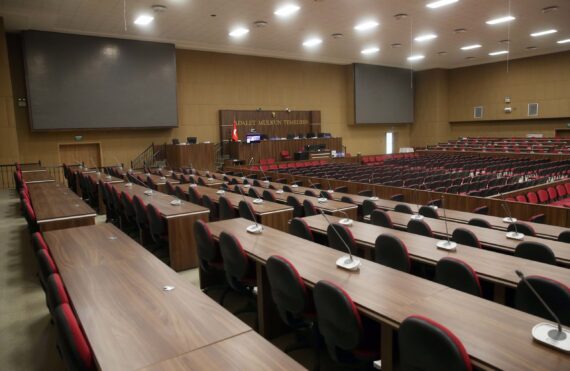 As the series of trials continue in Turkish courts, a court in Izmir sentenced the lawyer of Fetullah Gulen, the criminal cult leader of Fetullah Terrorist Organization (FETO), to 12 years in prison. The lawyer Feti Ün was slapped a sentence of eight years in jail initially, but it has now been increased to 12 years in accordance to the Counterterror Act.

Following last year’s failed coup attempt by FETO, the Turkish government and security agencies have taken a range of steps to weed the terrorist elements out of different social, education and security institutions.

Although Gulen himself is based in the United States, his vast network is spread across the world, but its form had been strongest in Turkey. By tacking a wide range of steps, the Turkish government is working to prevent future attacks on the Turkish state.

The lawyer’s sentencing coincided with many other trials in which a number of policemen and soldiers were sentenced for coup related criminal charges and their links with FETO.

A Samsun court also jailed a former doctor to six years and three months in prison for being members of an armed terrorist organization.

Although the country paid a heavy price for resisting the July 15, 2016- coup attempt, that left 250 people martyred and some 2,200 injured, Turkey is expected to emerge stronger as the government takes on all the associated elements strongly.