18 Years of the AK Party: Key Shifts and Future Challenges

Despite all the possible challenges in the foreign policy for the rest of 2019, the main challenge for the AK Party will be the consolidation of the presidential system and providing stability in the Turkish economy in 2020. 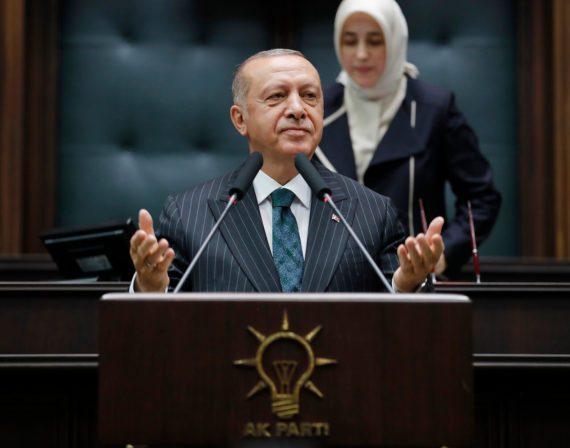 Turkish President and leader of Turkey's ruling Justice and Development (AK) Party Recep Tayyip Erdogan greets party members and as he attends his party's parliamentary group meeting at the Grand National Assembly of Turkey in Ankara, Turkey on June 25, 2019. AA

It has been eighteen years since the AK Party was founded in 2001. Contrary to previous splinter party experiences in Turkey, the party was soon able to consolidate its electorate and consequently came to power in 2002. Although none of the previous political parties were able to stay in power for such a long time, the AK Party has been in power for 17 years and is guaranteed to remain in power until 2023.

Since the AK Party is the only example of dominant party in Turkish political life, it is highly crucial to understand the underlying reasons of its success story. To do so, it is necessary to examine the breaking points in the AK Party rule.

The first breaking point was its success in the fight against long-lasting military tutelage and making democratic reforms. When the AK Party came to power, the military was very active in politics and interfered with Turkey’s democracy through a chain of military coups. Thus, the first period of the AK Party rule also suffered from the military’s dominant position in the political arena.

Because of this reason, the AK Party took necessary steps to ensure the consolidation of democracy. Promotion of minority rights, adopting a more pluralistic approach in state apparatuses, and promoting human rights were the key issues in the party’s agenda. “The AK Party embraces all citizens regardless of their gender, ethnicity, beliefs, and worldview without discrimination”, as written in the party program. The party made necessary political and judicial reforms in accordance with this aim.

Between the period beginning with the Gezi Park protests in 2013 and ending in the July 15 coup attempt in 2016, the AK Party struggled to both retain its power and keep the gains of Turkish democracy.

After defeating these challenges, the party has faced more serious crises in national and international arena. The period beginning with the Gezi Park protests in 2013 and ending in the July 15 coup attempt in 2016 caused trouble for the party’s rule and survival of Turkish democracy. During this period, the party struggled to both retain its power and keep the gains of Turkish democracy. Although the actions of the party had faced lots of criticism in the public, the party was able to handle the third breaking point successfully.

It is obvious that there will be more breaking points for the AK Party which will determine its future position in Turkish politics. Since the world order becomes more chaotic, the AK Party may face more challenges both in the domestic and international arena. The remainder of 2019 will be especially important for Turkey’s foreign policy and security. The regional security and the uncertainty in northern Syria will be at the top of the foreign policy agenda. Despite all the possible challenges in the foreign policy for the rest of 2019, the main challenge for the AK Party will be the consolidation of the presidential system and providing stability in the Turkish economy in 2020.