26% increase in Turkish minimum wage has been approved for 2019

According to the decision of the Commission for Minimum Wage Determination, gross minimum wage in Turkey will be 2.558 Turkish Lira while the net amount will be 2.020 Turkish Lira, starting from January 1, 2019. 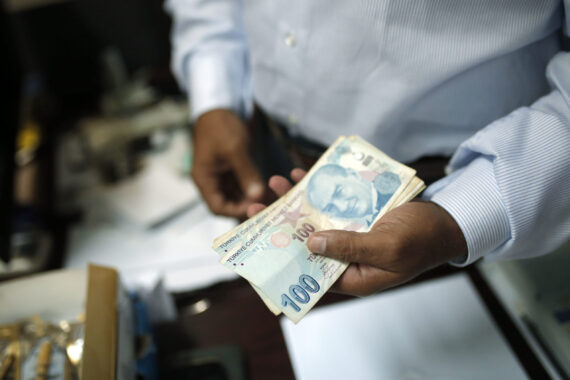 According to the decision of the Commission for Minimum Wage Determination, gross minimum wage in Turkey will be 2.558 Turkish Lira while the net amount will be 2.020 Turkish Lira, starting from January 1, 2019.

The announcement came yesterday from the Minister of Family, Labour and Social Services – Zehra Zumrut Selcuk – as the head of the commission, which has been meeting since December 6 in order to determine the minimum wage for 2019.

Zumrut stated that the minimum wage for 2019 was determined as 2.020 TL and that the decision was taken by the commission with a majority of the votes. The increase in minimum wage is calculated as a 26.05 percent increase from the previous year.

The Minister also remarked that the Ministry of Labour had considered the opinions and demands of all social sides, and worked to bring the minimum wage to the ideal point in order to establish a sustainable development process, together with the employers and employees.

Zumrut added that the determination process of the minimum wage of 2019, for the first time, had been decided with the mutual agreement of both the employer and the employee sides.

The head of labour union TURK-IS, Ergun Atalay said, “We have signed the agreement. I am not disappointed, I have worked during to process with the intention of adding an extra of 5-10 Liras. I am representing all the employees and the poor, and I have managed to reach this amount.”

The General Secretary of another important labour union – TISK – Akansel Koc said, “We will support all the endeavors intended to the growth and prosperity of our country.”

There are almost 10 million workers in Turkey working for minimum wage.