Whoever wonders how far politicians could go violent – violating all known human and moral values – to hold on to power can watch The Dissident. 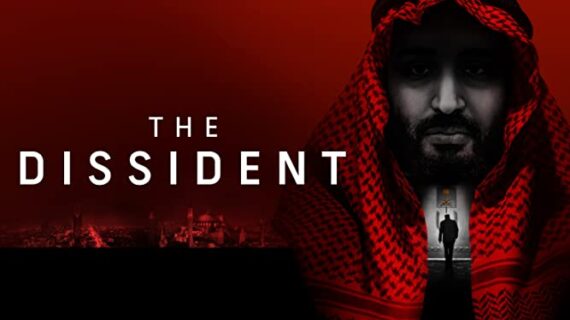 The Dissident is not just a documentary of interest to those who follow Middle East or global politics, but to anyone who wonders how far politicians could go violent – violating all known moral and human values – to hold on to power.

The documentary proceeds under three main themes: the political struggle between the Saudi Crown Prince Mohammed bin Salman, who ordered the murder of the Saudi journalist Jamal Khashoggi; details of the murder plan; and the love story between Khashoggi and Hatice Cengiz, his fiancée, that was the main reason why Khashoggi went to the Saudi Consulate in Istanbul – but never made it out.

The life of Jamal Khashoggi is not discussed much in the documentary. Khashoggi had been working for the Saudi regime for about thirty years and is described as the “black box” of the regime. The first confrontation between Khashoggi and the Saudi regime occurred with the Arab Spring in 2011. Therefore, it has to be underlined that Khashoggi’s opposition to the Saudi regime did not start with the policies of Crown Prince Mohammed bin Salman (MBS), but much earlier. Unfortunately, the documentary does not sufficiently reveal the details of his earlier opposition.

According to Ayman Nour, Khashoggi’s friend and Egyptian politician who ran against Hosni Mubarak in the 2005 presidential election, the January 25 revolution in Egypt was a turning point in Khashoggi’s life. Khashoggi thought that the voice of the Arab public had been heard and nobody could turn a deaf ear to it anymore.

The documentary highlights 2017 as a milestone, when, King Salman made his son Mohammed the crown prince contrary to conventions.

However, the existing political regimes were not happy with this awakening. The voices and democratic demands of peoples were threatening to their hitherto unquestioned authority. Saudi Arabia, which steered the Arab world with its economic wealth, stood out as the political and economic supporter of all counterrevolutionary movements. Khashoggi, who knew Saudi Arabia very well, did not remain silent in the face of this situation “The Arab Spring is a real phenomenon. There are elections everywhere, in Egypt, Jordan, and Morocco. We got the votes of the people. So how can Saudi Arabia continue to have a proper Middle East policy that will bring peace to the Middle East without recognizing and respecting that part of the people in the Middle East?”

The documentary highlights 2017 as a milestone, when, contrary to conventions, the son of the founder of the Kingdom of Saudi Arabia King Salman, who became the seventh king of the Saudi kingdom in 2015, made his son Mohammed the crown prince. MBS initiated unprecedented reform movements in Saudi history. According to the documentary, Khashoggi was initially in favor of the reforms that enhanced human rights while he criticized the suppression of all other voices. Khashoggi sharpened his criticism, however, when MBS started to undertake revolutionary institutional changes in Saudi Arabia. After he was declared the crown prince, MBS gradually seized almost all the important institutions in the kingdom and filling them with his own people.

Read: Diplomatic Savagery: An Interview with Ferhat Unlu on the Jamal Khashoggi Murder

A more accurate description of this interpretation would be that Khashoggi endorsed the reforms of the crown prince that conformed to fundamental human values and social change such as travel and driving permits for women, who had been deprived of such rights based on distorted interpretations of strict Wahhabi doctrine. However, he criticized the crown prince in high politics such as foreign policy, and the repression of internal rivals and the opposition.

When intolerance towards different views and the politics of silencing the opposition turned into a witch hunt, Khashoggi no longer remained just a criticizing journalist, but he began his fight against the regime, alongside Saudi dissidents living in different parts of the world. This part of the documentary, thus, draws on Khashoggi’s struggle.

Details of the horrible murder committed before everyone’s eyes are conveyed to the audience in a very effective way. The documentary makes this possible with the blood-chilling information provided by the Turkish intelligence and security forces, such as the identities of the hit team, camera footage, the transcription of the sound recording of the murder, the plan followed by the hit team, where and how the murder was committed, and the efforts to discard the evidence. Underlying that nobody – not even Khashoggi himself – predicted such a brutal murder, the documentary manages to reveal the horror of the murder to a fullest extent. 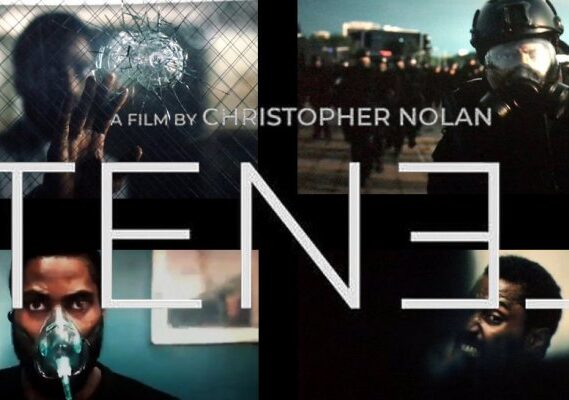 TENET: The World in the Service of a Few International Elite 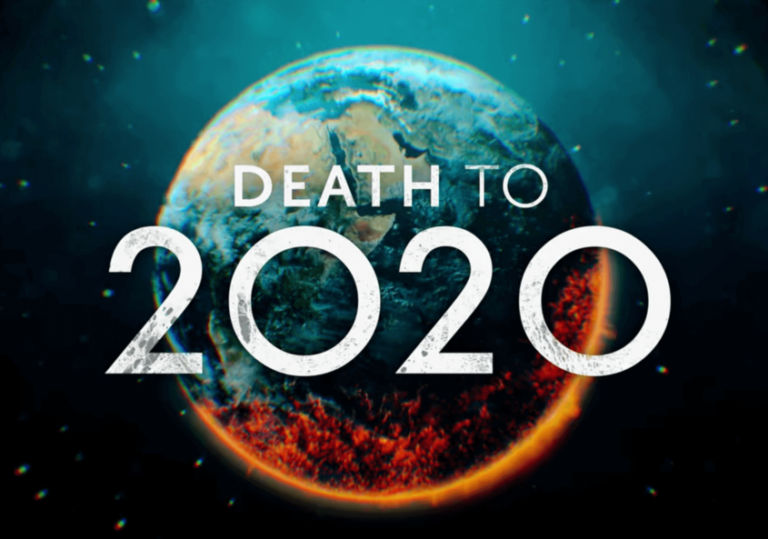 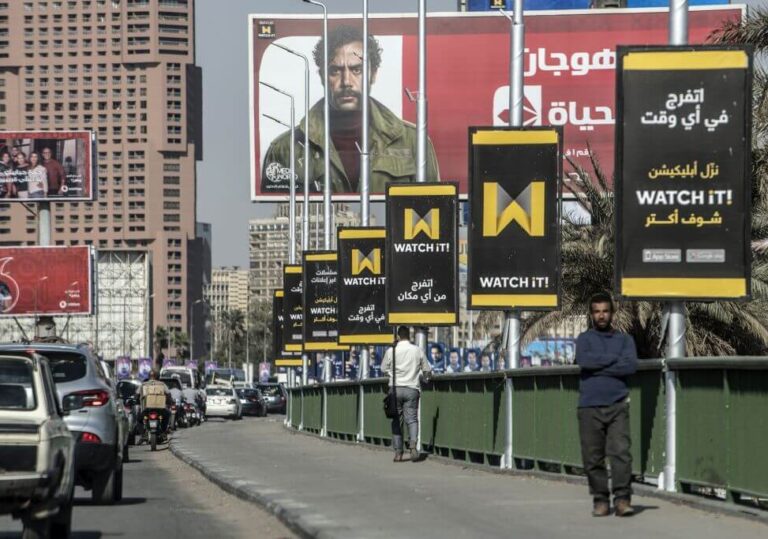 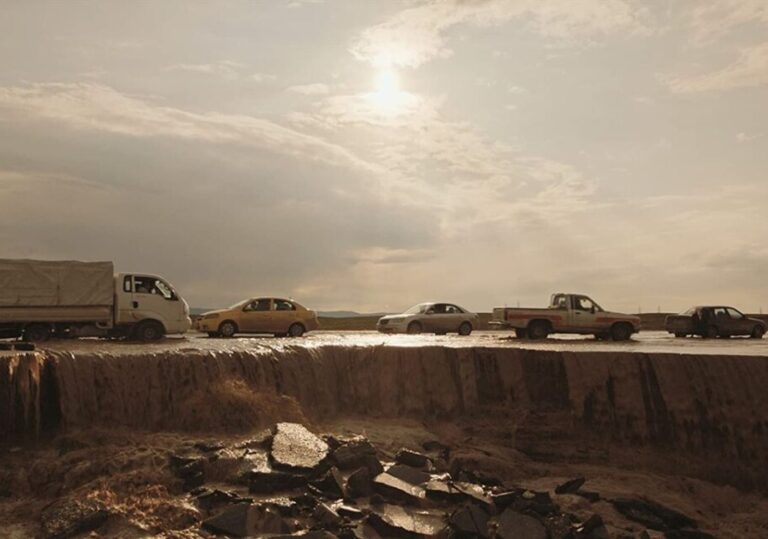 Last, the heartbreaking story of Khashoggi and his fiancée Hatice Cengiz, the most dramatic parts of the documentary, is presented to the audience. The story is truly a sad and touching one. The fact that Cengiz, with whom Khashoggi came to the Consulate General of Saudi Arabia in Istanbul before his death, was waiting outside the consulate during and after the murder, the anxiety she experienced, and the trauma she was suffered after the murder make this section even more dramatic. These parts of the documentary are highly effective.

Khashoggi was a strong defender of the idea that Saudi Arabia should adopt a political stance similar to Turkey.

No work can cover an entire life story and thus unavoidable selectivity leaves some parts of Jamal Ahmad Khashoggi’s life out of the documentary. He was a harsh opponent of the assertive foreign policies of the current Saudi government, which was not mentioned enough in the documentary. He was a political figure who had been involved in journalism since the mid-1980s and was very close to the Saudi administration and even Saudi intelligence. Khashoggi, who realized he could no longer criticize the Saudi regime in his own country in 2017, left his country, settled in the United States, and started to write for the Washington Post.

Khashoggi was a strong defender of the idea that Saudi Arabia should adopt a political stance similar to Turkey, and he was also politically close to regional rivals of Saudi Arabia such as Turkey and Qatar. He strongly supported the Arab Spring and he was influential in the Muslim world during the Arab Spring protests – otherwise, he would not have been killed. Khashoggi also criticized the current Saudi administration on many sensitive political issues, such as the blockade of Qatar, the occupation of Yemen, the political discussions with Lebanon, and the financial support for Egyptian President Abdel Fattah al-Sisi who remained in power with the support of the Saudi regime.

VIDEO: The Assassination of Jamal Khashoggi | The Washington Post

Of course, the United States is not the only country that has relations with the Kingdom of Saudi Arabia and is not the only follower of Khashoggi’s murder. The European Union and Turkey closely follow the policies of Mohammed bin Salman. As the documentary’s mysterious character, the Saudi dissident Omar Abd al-Aziz who lives in Canada, says, we will see if Khashoggi’s death will change anything for the Saudis and whether Crown Prince Mohammed bin Salman will the next king of the Saudi Kingdom or not.