A Franco-German Compromise: The Appointment of Top Management in the EU

Europe is experiencing a huge crisis of confidence towards Brussels technocracy thus the Franco-German axis may be perceived as a symbol of a certain hegemony that has reduced the Union to the rule of the strongest states. 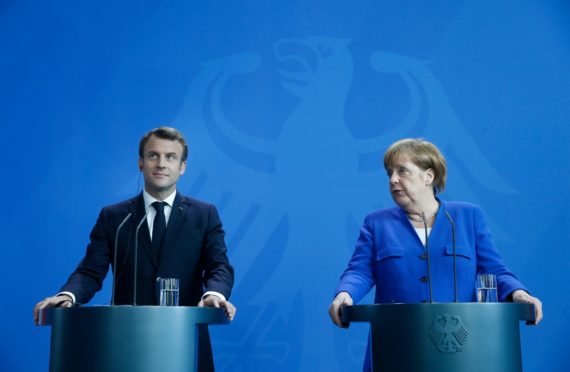 After days of negotiations, an agreement was finally reached on the appointment of the top management within the major European institutions. The main positions to be renewed are five: the President of the Commission, the President of the European Council, the High Representative of Foreign Affairs, the Presidency of the Parliament and the Central Bank. Actually, the European Council plays an important role in certain appointment procedures for high-profile positions at EU level. Specifically, it is competent to elect the president of the European Council; to propose the president of the European Commission; to appoint the High Representative for Foreign Affairs and Security Policy of EU; to officially appoint the entire college of commissioners; to appoint the executive committee of the European Central Bank (ECB), including its President. Upon a majority vote elections, the new appointments will have the responsibility to carry the next five years legislature. The main groups running are Popular, Socialist, Liberal and Green groups. Indeed, the main issue was not just to put all four different political family together, but also the respect of geographical criteria – aiming to not upset any of the most important countries and the block of countries that move in a coordinated manner – and the criteria of gender.

IslamophobiaBy Mert H. Akgun
In this frame, the President of European Council is elected on qualified majority and remains in office for a period of 2.5 years, renewable for one more. For the new legislature, the Council will be led by Charles Michel who has been the prime minister of Belgium since 2014. He recently resigned because of a government crisis that began with the Global compact on migrants as on December 2018 the coalition party ministers resigned opposing the government’s decision to approve the law. As stated in the article 17 of the Treaty of European Union, taking into account the European Parliament elections, the European Council must propose a candidate for the office of President of the European Commission. The European Parliament must approve the proposed candidate by a majority of its members (a minimum of 376 deputies).

The new institutional design in the EU is the result of a Franco-German compromise.

If the candidate of the European Council does not obtain the majority approval in Parliament’s vote, the European Council must propose a new candidate within one month of that vote. The European Parliament then uses the same procedure – majority vote of all Members – to approve the proposed new candidate. This time, after two electoral rounds, David Sassoli was elected as president of the European parliament. Mr. Sassoli belongs to the Italian Democrat Party (PD) and to the Socialists & Democrats group embodying the old interpretation of Europe, nowadays contested by the far right groups.  The competitors of Sassoli were on the left the Green Ska Keller and the Czech Jan Zahradil as exponent of the right wing Conservatives and reformists group.
The European Council is responsible to appoint the High Representative of the Union for Foreign Affairs and Security Policy: the decision on the proposed candidate requires a qualified majority. Josep Borrell, who has been the Minister of Foreign Affairs, European Union and Spanish Cooperation, under Sanchez government, will now cover the position. He is a man of Europe, since 2002 he had participated in the European Convention on the future of Europe and he also drafted a Treaty setting out the European Constitution, that  was not approved by some Member States. In 2004-2007 he was president of the European Parliament as well.
To some extents, the whole governance of the EU depends on the European Council as it officially appoints the entire European Commission. Since the Parliament votes on the college of commissioners, with its approval the European Council appoints the European Commission on a qualified majority. The new President of the Commission is the German Minister of Defense Ursula von der Leyen of the CDU while the socialist Frans Timmermans and the liberal Margrethe Vestager will instead be the vice-presidents. Von der Leyen is considered as loyal to the chancellor Merkel, therefore her appointment represents a success for Merkel, who had been put in the minority in recent days by the other heads of state and government of the European parliament when she had carried out the candidacy of the socialist Timmermans for the leadership of the Commission. Another woman will be leading the political and economic game of Europe: Christine Lagarde is the new president of the European Central Bank, replacing Mario Draghi, who has resumed this post since 2011. Lagarde is a lawyer, specialized also in economics and finance. In 1999, she was appointed as president of the board of administration of the law firm Baker & McKenzie and she was the first woman to access this office. In 2005 she was appointed as French foreign trade minister and in 2007 she was the first female minister of the economy not only in France, but among all G8 countries.

France and Germany’s traditional interpretation of Europe stood firmly the confrontation on the new European leaders.

In other words, two women with a clear vision symbolize Europe. Despite the ‘Europe of common sense’ program proposed by the center-right group, the new pivots are now Germany and France who share special responsibilities in managing the European Union over the next five years. Briefly, the new institutional design is the result of a Franco-German compromise. Actually, there was a first compromise, which foresaw the candidacy of the Dutch socialist Frans Timmermans at the head of the European Commission, but it was rejected. The final choice came after a though three-day negotiation due to  fragmentation of the European Parliament and beacuse the 28 state members wanted to guarantee an appropriate political and gender balance. At the end, France and Germany are the real winner: their traditional interpretation of Europe stood firmly the confrontation on the new European leaders while their positions at the top of Europe may empower the two countries, hopefully by facilitating further compromises for implementing the strategic agenda of the coming years.
Heading to the last European Elections, the Italian Deputy Prime Minister and leader of the League -Matteo Salvini- had announced an earthquake within EU institutions; however, the result has proved the contrary so far. Indeed, his ‘common sense revolution’ has been contradicted by the appointments package which has excluded members sponsored by the League. Nevertheless, the long-standing issues as Brexit, Economic crises, growth of populism are still on the table. Obviously, Europe is experiencing a huge crisis of confidence towards Brussels technocracy thus the Franco-German axis may be perceived as a symbol of a certain hegemony that has reduced the Union to the rule of the strongest states. Moreover, it reflects some sensibility for the austerity measures that in recent years failed to address people needs.
There is a feeling that the main criteria in assessing the appointment has been related to the political-market logic and to the strength of the State, with the Greatest one who always win. Although it is a realist principle of politics, it neglects the mistakes made in the past, which are difficult to remove from the people memory. To a careful observation, the method used by reinforcing the European Council and governments is certainly not very transparent and it represents a step backwards. This game is certainly the victory of the French President Emmanuel Macron and the German Chancellor Angela Merkel, who are sending a clear message to all those who worked against their leadership. And again, instead of a united Union the risk it to polarize the dynamics and fail to bridge the gap between the different speeds and needs of European countries.
GermanyFranceEuropean CommissionEuropean CouncilEU Administration