Secularism, which turned into the official religion of the state with the 1905 French law on the Separation of the Churches and State, is still being preserved in a bigot way although it has been a matter of discussion for 113 years. 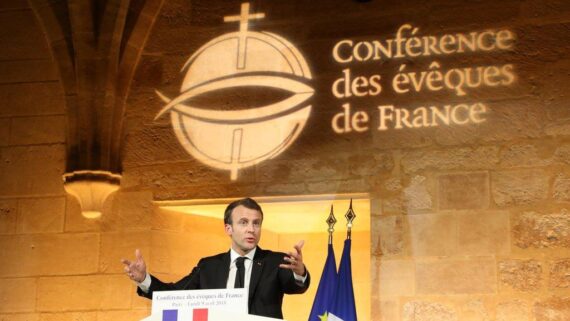 One day, a man starts a religion. A friend asks him what kind of a religion it is, and he answers that it is the religion of laziness. When the friend wants him to describe the religion, he says: “I am too lazy to explain!” This anecdote is reminiscent of secularism in France. If secularism is a religion in France – which certainly is since it even has a church and the shrine of its prominent figures in Pantheon – then it is safe to argue that no nation upholds its religion more than France. Senior French bureaucrat Gilles Clavreul, who is renowned for his affinity with former French Prime Minister Manuel Valls, has lately presented a report entitled “Secularism and Republican Values,” in which he listed a number of radical recommendations such as introducing a two-year secularism education to all the officials in the country. Apparently, he felt a decline in the Frenchmen’s faith. The first solution France came up with in the face of the Daesh threat was harshening secular implementations, as if terror threats emerged due to loosening secular practices.

Secularism, which turned into the official religion of the state with the 1905 French law on the Separation of the Churches and State, is still being preserved in a bigot way although it has been a matter of discussion for 113 years. Numerous books based on the “secularism religion” bombast of statesmen and intellectuals have been written so far. This bigotry is to such an extent that one can engage in profanity against any religion (except Judaism due to the anti-Semitism law) whereas blasphemy is regarded within the boundaries of freedom of expression. In a highly contrasting way, secularism is in such a sacred position that it cannot be joked about in any terms.

French President Emmanuel Macron, who stands either on the right or the left, lately attended a meeting of the Bishops’ Conference of France, which is a significant event for the Catholic Church. He also delivered a speech during the meeting that stirred controversy and outrage. In his speech, Macron said that the damaged link between the Church and State must be mended since there are many misunderstandings with regard to their roles. The President also stressed that the function of secularism is not denying the spiritual as it contributes to society and citizens, and asked Catholics to take on a more active role on several issues such as poverty. He added that France will grow stronger with the participation of Catholics in societal and political life and that dialogue between the Church and State is essential in this respect.

As the overall tone of the speech is considered, it can be said that the President called Catholics to serve social solidarity in an atmosphere where economic crisis and a nihilistic philosophy are prevalent. But this did not prevent the secular bishops’ slamming Macron. It was even calculated that the President uttered the word “secularism” only two times in a 45.000 character and one-hour long speech. The worst part for them is the one where he expressed the link between the church and state. According to their mindset, this link was permanently broken in 1905, so a “damaged link” did not make any sense to them even metaphorically. These circles have labelled Macron and his speech as irresponsible and scandalous. Left-wing politicians and intellectuals and some right-wing figures looked to the issue through such a lens as it is thought that France cannot stand a reference to any other religion than secularism even in the context of social solidarity. As can be remembered, during the 1990s, then President of the Socialist International and incumbent United Nations Secretary-General Antonio Guteress attempted to draw an analogy between socialist values and Jesus Christ, which caused an uproar amongst the socialist French.

These circles are now outraged due to Macron’s speech. Olivier Faure, the new leader of the French Socialist Party, lashed out a la Iran’s Supreme Leader Ali Khamenei: “Secularism is France and the 1905 law.”

In a nutshell, people have freedom of expression in France whether they are believers or non-believers, whereas the only sacred and untouchable thing is secularism to them.