The U.S. is trying to win a battle that cannot be won: you cannot sanction or prohibit away technological progress in other countries. Huawei is just one of the rising companies among many in the developing world. And this is completely normal: the world is just getting more “flat.” 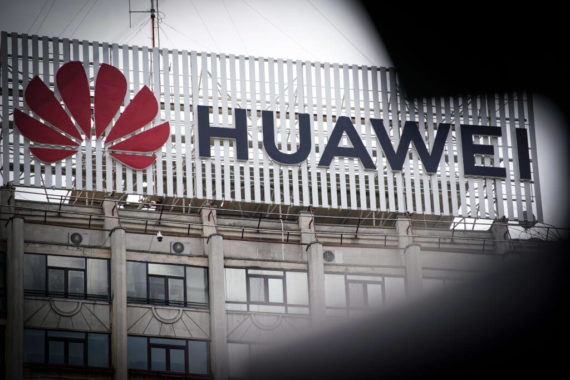 A Huawei logo is seen on top of an office building in Bucharest, Romania on May 1, 2019. Getty Images

The U.S. is getting more and more fierce and peevish against China and Chinese companies such as Huawei.

As a result of an “executive order” issued by Donald Trump, Google banned Huawei to use its “services” such as Google Play, YouTube, Gmail and Android operating system. And chip companies such as Intel followed suit in severing ties with Huawei. For the existing Huawei products there will be no updates for these services. For new Huawei products, sorry, these services will become unavailable entirely.

This is not just a trade war anymore. Much more than that. And this is diametrically opposed to what the U.S. had preached in the last century regarding free and fair trade. I can easily say that this is a very short-sighted move. Yes, this is a war that the U.S. can obtain some fruits in the short run. But things will become increasingly sourer for the U.S. in the long run.

Moreover, China is not alone in this aggression and hostility. For years, the U.S. used various economic/financial sticks to further its political goals. Financial attacks against Turkey, harsh sanctions against Iran and nonsense obstacles/sanctions against China are emblematic examples of the attitude the U.S. has shown towards others in the last few years. Even western European countries faced the “economic fervor/rage” of the U.S., such as the Volkswagen case.

The recent Huawei manoeuvre by the Trump administration goes far beyond a trade war. It is diametrically opposed to what the U.S. had preached in the last century regarding free and fair trade.

Why all of these nonsense? The short answer to this question is that the U.S. is a “declining power,” which is trying to stop or even reverse the ongoing process. That is, all the sanctions/threats/attacks against other countries are parts of a desperate campaign on the part of the U.S. to reverse the tide. Although the future has multiple ways/possibilities to unfold itself, this is almost a done case: The U.S. has to and will lose its hegemonic power. The reason behind this situation is not that the U.S. is declining economically. No, its absolute power is actually increasing. What is happening is that, the relative power of the U.S. is decreasing as other countries are narrowing down the power gap between themselves and the U.S. And, actually, China is set to beat the U.S. and become the biggest economy in the world within just a few years’ time. China has actually become the biggest economy in the world in terms of purchasing power parity in 2013 and has been widening its lead since then. The Chinese economy is 25 percent larger than the U.S. economy today.

The economic center of the world is shifting to Asia and this process gained momentum in the last three decades.

For example, G7 countries (the U.S., UK, France, Germany, Japan, Canada and Italy) were half the size of E7 countries (China, India, Indonesia, Brazil, Russia, Mexico and Turkey). By 2015, these two groups had around the same size. And around 2040, according to PwC, it is expected that the E7 will be double the size of the G7. What a turn of tide! This catching-up process is a real headache for the U.S., which wants to have the whole world under its thumb.

Why incredible measures against Huawei?

It actually makes great sense. Huawei is a rapidly growing company and has competitive edge on different technologies such as 5G, which has the potential of transforming our relationship with technological gadgets once and for all. That is, Huawei can be the future of the telecommunications industry. Today, the U.S. and other “developed” western countries are losing their technological edge at an alarming rate, along with their relative power. So, the aggression against Huawei is totally understandable, if not reasonable or feasible particularly in the long run.

The U.S. is trying to win a battle that cannot be won: you cannot sanction or prohibit away technological progress in other countries. Huawei is just one of the rising companies among many in the developing world. And this is completely normal: the world is just getting more “flat.” It is better the U.S. comes to terms with this fact rather than waging a war it will lose to keep its level of control in the world it has enjoyed up to this point. The future will be much more different than the past for the better or the worse. But one thing is certain: there will be no hegemonic powers in the world. And trying to squeeze companies such as Huawei will make you no better, if not worse.