After 17 Years of Rule, How Can the AK Party Maintain Public Support?

After their surprise victory in 2002, the AK Party have maintained power for 17 years building a positive legacy of economic, social and democratic change. How the party manages key challenges will determine its future. 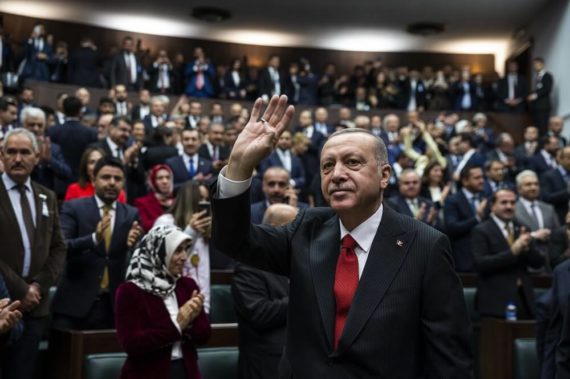 On November 3, 2002, Turkey’s parliamentary elections resulted in a great surprise. The AK Party, which was established almost a year and a half earlier, came to power by receiving 34 per cent of the total votes and winning 363 out of 550 MP’s in the parliament. This was despite being underestimated by both media and other political parties during the election process. There was a common perception in the media that it was not possible for the AK Party to get majority of the votes in the elections since it was newly established and did not have enough power to influence voters. Nevertheless, the AK Party’s victory started an unprecedented era of Turkish political history that still continues.

Indeed, it was not easy for the AK Party to rule the country in the beginning. All actors in the system such as the army, the judiciary, political parties, and, last but not least, media were clearly against the AK Party rule. According to these actors, the AK Party was a threat to Turkey’s modernity and secular values. Moreover, the party’s chairman, Recep Tayyip Erdogan, was initially banned from running as a candidate in the elections due to a conviction for reciting an “Islamic” poem at a political rally, an act which the Constitutional Court considered to be against laicism in Turkey. It was a therefore a tough beginning to AK Party rule.

Despite this, the AK Party government achieved a difficult goal and the party has been in power for the past 17 years. Under the AK Party’s rule, Turkey made considerable achievements economically and sociologically, and many steps to democratize the country were taken. For instance, the state launched the first Kurdish language TV and radio channels and provided more rights to minorities. Furthermore, the Turkish economy reached the highest growth rate by 2010 as a result of economic reforms. Considering this legacy of the AK Party, what are the possible challenges and opportunities for AK Party rule in the upcoming period?

The first critical issue for the party is renewing itself to become more compatible with the dynamics of new political system.  Turkey switched to a presidential system after the June 2018 general elections, and all political parties are still experiencing some difficulties in understanding the new political dynamics under the presidential system. Since the presidential system requires 50 per cent +1 votes, cooperation between parties will become crucial for success in elections. However, parties still do not seem to understand the new rules of the game. For instance, political party members cannot differentiate between coalitions, requiring unanimity of all participating parties on all issues, and pre-electoral alliances, depending more on restricted cooperation between political parties. As a result, even a small disagreement between political parties are perceived to signal the end of alliances. The AK Party and the MHP experienced this situation in November 2018, and the CHP and the Iyi Party have been experiencing this more recently. Even the CHP and Iyi Party have been experiencing some disagreements, this disagreement may not turn into a break of their alliance as it was claimed. Thus, all parties, including the AK Party, needs to understand these dynamics.

The second eye-catching issue for the AK Party is understanding the sociological transformation of Turkish society over the last 17 years. This transformation has also affected voting behavior and has changed expectations for political parties. Almost all surveys show that the main determinant of voting behavior is no longer the ideology of political party as it was before. Instead, voters are paying more attention to secondary issues such as environmental and youth policies. This new voter profile also focuses on individual gains such as economic benefits. Because of this, the AK Party like all other parties will likely adjust their policy agenda to meet the changing expectations of voters.

The third important issue for the party is rejuvenating its members in preparation for the future. Indeed, the political participation of young people significantly increased during the AK Party rule. The AK Party government also decreased the age of candidacy in parliament from 25 to 18 and has the highest percentage of MP’s between the age of 18-29 in parliament. However, the party needs more youth participation especially in decision-making processes to attract the attention of young people.

Another issue for the party is the emergence of new splinter parties established by previous AK Party politicians. There is an ongoing discussion in the media that these parties may challenge the AK Party and split their votes, which may weaken the party’s position in the political arena. Even if it is too early to measure the impact of these parties on the AK Party government, the ongoing discussions in the media seem to suggest that these parties do not have the potential to break the AK Party’s power in politics. To be sure, if the AK Party pays attention to all these issues, these challenges may become opportunities for the party to maintain its rule in the following years.