Ahmet Umit: “If there is no Turkey, there’s no us!” 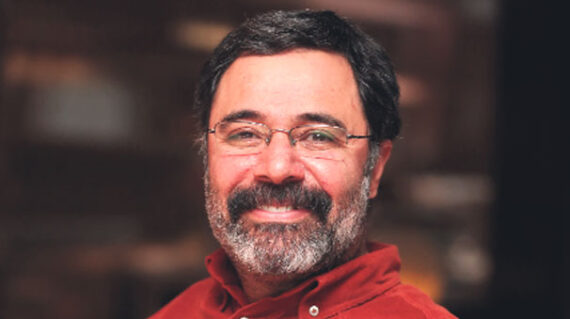 Ahmet Umit, a famous Turkish crime fiction author, stated that you can’t be the opposition by only criticizing the government, arguing that while you criticize their mistakes, one should also support the positive policies. “This country belongs to all of us, we are all on the same ship. If you try puncturing a hole in the lower surface of the ship, we’ll all go down. If there is no Turkey, there’s no us.”

Ahmet Umit wrote his first book in 1982. The story was published in a magazine and was published in 40 languages. His novels have covered sociological and psychological analysis. Umit also writes about historical heritage – including the Roman and Ottoman Empires. A powerful language and a high aesthetic value are two outstanding characteristic of his novels.

In an interview with Günes – a Turkish newspaper – on July 9, 2018, Ahmet Umit spoke about the perception of the ruling party and the opposition in Turkey.

“There’s a sect of society that acts with the logic: ‘As long as they don’t come to power, anything can happen to the country.’ How do you evaluate this point of view?” the interviewer asked. “This country is neither just the ruling party nor the opposition. When the time comes, the ruling and opposition parties will change, but the country will remain. If there is no Turkey, then there is no us. We’re all on the same ship. If you try puncturing a hole in the lower surface of the ship, we’ll all go down. Neither the ruling nor the opposition party can stay forever,” Umit said, and he added: “I believe that the most important thing is dialogue in politics. If we listen to our wishes and criticisms, we can solve most of our problems. When we have different opinions on politics, we become a colorful country.” He drew an analogy about the Roman and Ottoman empires; “Why were the Roman and Ottoman empires so powerful? Because they had a very colorful social structure. They had a lot of different opinions. All cultural identities had lived freely under the rule of the Ottoman Empire. We have to keep doing this.”

Umit evaluated contemporary events on the international arena and in Turkey. “Everything that we’ve experienced since the collapse of the Ottoman Empire is actually the war between imperialist states. This war of sharing power and energy continues within imperialist states. The region in which this is taking place is, unfortunately, our region.”

Umit talked about the attitudes of the West as if protecting libertarian or human rights. “If they really care about democracy and freedom, they wouldn’t have supported the Sisi coup in Egypt. They want to protect their own interests. The thing that makes a country the most powerful is freedom.”

Ümit mentioned how he visited some countries from France to Greece to write a book. At the same time, he says that he tries to show the cultural wealth of Turkey in his novels, “You can remove prejudices in Europe about Turkey by arts and sports. I’m trying to do my best with my novels as an author,” he said.

When he was asked about the popularity of his novels among foreign readers that they were published in 25 different languages, Umit replied by underlining how he tried to imbue his novels with Turkey’s culture and history. “The Germans built a museum with the archeological materials illegally smuggled from Turkey. For example, Zeus Altar, who is the eighth wonder of the world, is exhibited there,” he added.

Umit is strongly in the opinion that an artist should not complain his/her own country to another: “I have traveled all over the world, and never seen a country as beautiful as Turkey. I will live on this land until I die.” The famous author emphasized his strong belief in the will of Turkish society to overcome the country’s domestic problems and said that ‘if we accept our differences, then, we would become a more powerful country and nobody could separate us.”