An Alliance of Chaos?

Will they say “We do not have any mutually-agreed program on any subject. We only aim to unseat Erdogan, return to the parliamentary system and call early elections,” in front of the 50 million electorate. Of course, it is not easy for the leaders of the four parties, who share hardly any common features, to promise only chaos. 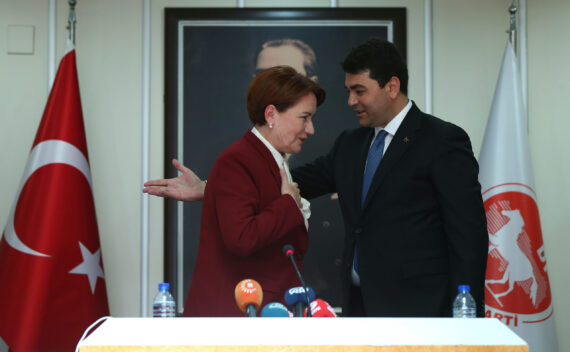 When the Justice and Development Party (AK Party) came to power in 2002, the tutelage regime consisting of military, judiciary and the main opposition party strived to overthrow the AK party with the closure cases filed against it, the issue of 367 members and the e-memorandum. Afterwards, they resorted to street protests such as the Gezi Park uprising and the October 6-7 incidents in order to achieve their goal. Ultimately, it was ruled that the government could be toppled through conventional methods and the July 15 coup attempt was organized. This insurrection, attempted by a group of Gulenist Terror Group (FETO) affiliated military officers who infiltrated the military, was repelled by the Turkish people.

Meanwhile, the government was endeavoring to break the taboos and barriers impeding societal peace, which were introduced by the tutelage system and the 1924, 1961 and 1982 constitutions. The government changed some of the obsolete laws that were copied from various European countries during the 1930s and aligned these laws with the EU. The 1915 Armenian incidents were confronted in every aspect as President Recep Tayyip Erdogan asked historians to establish an international committee on the subject.

For the first time in Turkey’s Republican history, a president sent his condolences to the families of the Armenians who lost their lives in 1915. In 2005, he said the following words in the southeastern province Diyarbakir: “Every country has made mistakes throughout its history. For great countries, ignoring past mistakes is not appropriate. The Kurdish question is not only the problem of a certain segment of the country, but the problem of the entire nation, including me.” He exerted efforts for the reconciliation process, which was the largest project undertaken in Turkey to introduce peace in society.

However, Turkey’s interlocutors during the process did not only consist of the other party of the conflict. The country had to address many countries, including superpowers and smaller states. Erdogan also abolished the headscarf ban in the public sphere, which had debarred many women from receiving university education or taking up a career for years. He also marked unprecedented achievements in public works and launched new transportation means across the country. Effective metro routes were built in metropolitan cities. He took great steps in the defense industry, made the country prosper whereas people enjoyed higher purchasing powers thanks to his efforts. Along with all these steps, he opened the country’s doors to three and a half million Syrians who fled the war.

In a nutshell, the government ruled out a great deal of national and global attacks by taking a reasonable degree of security measures. If any country were to experience only one tenth of what Turkey has undergone over the past years, it would also take the measures Turkey has taken. In the face of all these threats, a state of emergency was declared. Of course, a country who has to focus on her security will face some volatilities in democracy and freedoms. This situation is also valid for Turkey. But this is only a normal and temporary symptom.

A month ago, an expression remarked by the main opposition Republican People’s Party (CHP) Chairman Kemal Kilicdaroglu was captioned by the daily newspaper Cumhuriyet: “We will unseat Erdogan through elections.” This is a curious statement since the CHP leader seems to have implicitly admitted all the operations to overthrow Erdogan. The CHP does not aim to take over the presidential seat or become the ruling power. The party firstly suggested presenting former President Abdullah Gul as the joint presidential candidate of the opposition to run against Erdogan. Then they tried to convince Meral Aksener to run as a joint candidate. However, being an ambitious politician and aspiring to be a leader, Aksener gave a negative answer although Kilicdaroglu transferred 15 CHP deputies to Aksener’s newly-formed Iyi Party (Good Party). Eventually, the opposition parties agreed that each party will nominate a candidate to run for president, whereas the CHP, Iyi Party, Felicity Party (SP) and Democrat Party (DP) decided to form an alliance for the parliamentary election by excluding the pro-Kurdish Peoples’ Democratic Party (HDP).

These four parties have stressed that they have agreed to work towards unseating Erdogan and returning to the parliamentary system. In this country, the parliamentary system equals to a system in which politics is determined by the tutelage system, where the governments are volatile and elections are overruled through external ways – as past experiences have shown. However, it is not easy to bring up the matter frankly before the electorate. The alliance announced that it would declare its protocol last Thursday. Then, it was stated that the protocol was not yet ready and the event was postponed to Saturday. In another announcement made on Saturday, it was said that the event could not be organized as the agendas of the party leaders did not cohere.

Will they say “We do not have any mutually-agreed program on any subject. We only aim to unseat Erdogan, return to the parliamentary system and call early elections,” in front of the 50 million electorate. Of course, it is not easy for the leaders of the four parties, who share hardly any common features, to promise only chaos.

Also Read
The CHP’s Confusion Regarding the Presidential Election
We use cookies to optimize your online user experience. To learn about our use of cookies and how you can manage your cookie settings, please see our Privacy Policy. By continuing to use our site you are excepting our use of cookies.Accept Cookies & CloseMore Info