Turkey's Ministry of National Education published its 2023 Vision Document, which envisages a set of goals aimed to be accomplished by the ministry by 2023. 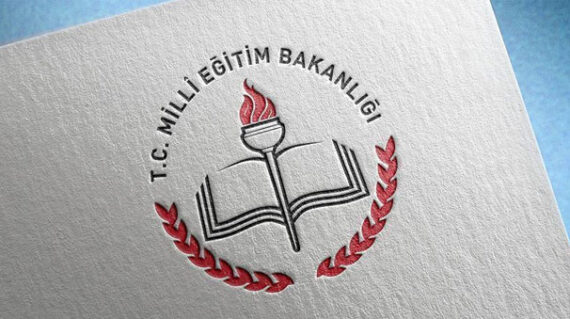 Turkey’s Ministry of National Education lately announced its 2023 Education Vision document that it has been drafting for a while. The Vision document contains the primary objectives aimed to be reached by the end of 2023. The document begins with chapters titled education vision philosophy, guiding policies, school development models with contents and implementations that constitute the framework of the vision. The following 17 chapters are on the objectives that intend to be reached.

The first five chapters of these 17 are about education management, including creating a data-based management system, assessment and evaluation, developing human resources, funding of schools, and an audit system. The following five chapters are allocated to the leading challenges in our education system, related to learning and improvement, such as counselling services, education for special abilities, foreign language education, digital content, and skill-aided transformation.

Within the 17 chapters, the Vision document sets out a total of 44 targets for the education system. Varying numbers of secondary targets are also added in the scope of each primary target, which sums up to around 300 targets. The majority of these targets stated in the document comprise abstract expressions that frame policies such as they will “improved,” “enhanced,” or “supported,” whereas the remaining targets focus on creating new units or mechanisms, enhancing the present processes and documenting the quantitative developments in relevant fields. It’s highly likely that the Ministry will prioritize determining tangible steps and a route for the implementation of these abstract and generalized targets in the upcoming days. The 2023 Education Vision is quite a comprehensive reform package and it is pleasing that this package is expected to be put into practice step-by-step by encompassing preliminary phases, such as design and pilot implementations.

Devising an education system with a focus on human

It is underlined in the introduction and overall tone of the Vision document that the educational philosophy the ministry seeks to rely on affirms societal beliefs and cultural values, instills self-confidence and keep pace with global developments instead of a uniformist and positivist mentality that disregards societal values. It opposes the common global imposition that reduces education to a set of production and consumption relations, and adopts harmony between the mind and soul as its main approach. Education programs to be developed with this integrative and two-dimensional approach will surely contribute to the future of our education system.

As viewed from the perspective of management science, it is seen that vision documents generally tend to prefer handling processes encompassing a minimum of 10 years, since visions consist of long-term objectives that require comprehensive institutional changes. The Ministry’s vision text might have been formed as a shorter text and its action plans might have been presented in a separate file. With its current version, the vision text contains some unnecessary objectives and details. The redundancy of the objectives in the document causes the risk of posing some challenges in practice, which might lead to social dissatisfaction despite the progresses covered.

Upon examination of the prominent subjects regarding the management of education included in the vision document, we can see that it foresees an approach to management that is heavily based on data, gives more emphasis to schools as administrative units and intends to create a unique development model for each school, which will also be employed in its examination and evaluation. With this new system of examination and evaluation, the progress of education in schools is planned to be monitored in schools and feedback is planned to be given accordingly. Via this method, one of the bigger problems of the education system, the inequalities between schools, is intended to be addressed.

One of the important policies that comes with putting more emphasis on the schools’ role as an administrative units is the expansion of school administrator’s authorities, responsibilities, capabilities and employee rights. With regard to school administrations, we can foresee that these policies will result in more active and efficient processes. But, we can see that the document is missing revisions essential to a school-centered administrative approach that will be required in the Ministry’s central organization and the provincial organization.

In an approach to education that is human-oriented and responsive to the interests, skills and dispositions of its students, guidance and counseling is extremely important

Incrementally making pre-school education mandatory can be seen to be the most important goal regarding the stages of education. While some parts of the document suggest that changing the 4+4+4 system may be on the table, no concrete goals are set on this subject, and the document only states that primary education will be reviewed according to the stages of development. Guidance and counseling services are extremely important both in the creation of an approach to education that is people-oriented and responsive to the interests, skills and dispositions of its students and also in ensuring that the process of advancing from one stage to another is done in a healthy manner. It can be seen that the parts of the vision document regarding guidance and counseling contain goals towards the creation of a system based on this understanding.

While it’s good news that the pedagogical formation training is removed, the maintenance of the hourly paid teachers is worrisome

We can see through the document that comprehensive actions regarding the education and training of new teachers are being considered and planned. Within this context, new training and education models for new teachers that put more emphasis on implementation are being planned to first be tested via pilot studies conducted in cooperation with education faculties and then possibly widely implemented. Some important articles of the document regarding teachers are the adoption of a new legal framework for teachers, career development programs for currently working teachers, incentivizing post-graduate studies for teachers, reduction of the contracted work period, increasing per-course pay for hourly paid teachers, and the creation of a new mechanism that will allow the ministry to directly provide the pedagogical training (one year teaching certificate training provided by universities for graduates with non-education degrees).  The articles regarding the education and training of teachers and their employee rights will have positive effects for the occupation and its overall quality.

However, regulations in line with the vision are needed in subjects such as the structure of education faculties, the selection of candidates that will start being employed as teachers and the replacement of teachers who are found to be unsuitable for the occupation in the process. While it is an important step in the positive direction that the period of contracted work is being reduced, the maintenance of hourly paid teachers, while improving their payments, shows that this subject will continue to be one of the problems that draw widespread public attention. The Ministry should stop the practice of employing hourly paid teachers.

The decision to directly implement the pedagogical formation process via the Ministry of National Education will make the heavy reform workload of the Ministry even heavier – it can be considered as a move that will create a new work item for the Ministry.

Envisaging a model for curricula

The 2023 Education Vision document envisages a model for curricula that are universal in content yet presented via an implementation based on local culture. The document sets many goals regarding education and training processes as well as curricula. Some example goals included in this framework are the reduction of types of courses as well as total lecture time, the development of a curriculum that is simpler, more dynamic and more modular, the adoption of a new scheduling structure that will allocate more time to non-academic classes in the afternoons especially for primary education, and allocating more time to recesses. The goals described in the document reflect all the expertise accumulated in the field through studies.

It can be seen that the 2023 Education Vision is a development plan that is well aware of the existing problems of the field. The goals that are set as solutions to well-identified problems have obviously raised excitement and curiosity.

It can be seen that the 2023 Education Vision is a development plan that is well aware of the existing problems of the field. The goals that are set as solutions to well-identified problems have obviously raised excitement and curiosity. However, the methods the Ministry will choose to follow regarding its organization and process management remain a subject of curiosity. Some goals of the Ministry, especially goals such as providing support for families, improving the guesthouses, preparing infrastructure for social, cultural and sports events and the pedagogical formation decision will likely be the cause a workload that is taxing in its management and sustainability aspects. While the subject of language education is an important focal point of attention, putting English into its center provides a limitation. The languages of countries that are expected to be prominent and important in the world of the future should also be a part of this planning.

This article has first appeared in Turkish on www.ilke.org.tr 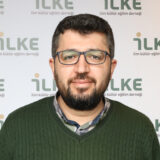 Yusuf Alpaydin completed his undergraduate in Guidance & Psychological Counselling at Bogazici University and his MA in the Department of Education at the same university. He obtained his PhD from Istanbul University. Alpaydin is currently an Assistant Professor at Marmara University and works for ILKE.

Also Read
To Whom It May Concern: Turkey’s Counter-Spy Operations Send Messages
We use cookies to optimize your online user experience. To learn about our use of cookies and how you can manage your cookie settings, please see our Privacy Policy. By continuing to use our site you are excepting our use of cookies.Accept Cookies & CloseMore Info