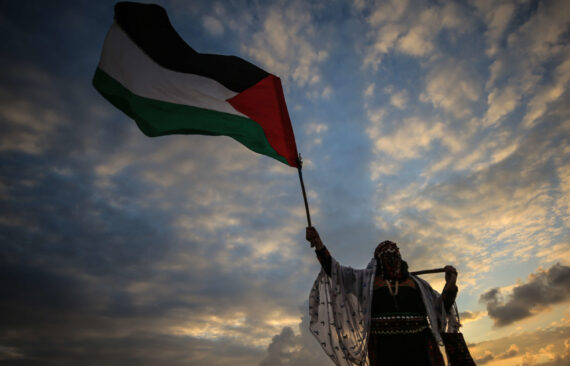 The Palestinian problem finds its roots in the downfall of the Ottoman Empire, one of a series of catastrophic map-changing events associated with the First World War. The vectors in the war treated as booties much of the territories that were once part of the Ottoman Caliphate and that today constitute the Arab world, a world that ended being divided into no less than twenty political entities tailored in the shape of the modern territorial sates of Europe.

All, with the exception of Palestine, are nominally independent and sovereign states, though most of them are neither independent nor sovereign. While eventually delivering those entities to local client elites to govern them, it was the will of the so-called international community in the aftermath of the Great War to spare Palestine so as to transform it into a Jewish entity, a home for the Jewish people to compensate them for the oppression they suffered for centuries at the hands of Christian Europe.

So, since the arrival of the Muslims in 637 CE, Palestine had never been a state on its own but was at best a province within a much bigger entity ruled at different times by different dynasties. Apart from a brief period from 1099 to 1291, when the Crusaders invaded and occupied it, those dynasties were Muslim ones ruling in the name of the Caliphate.

A Jewish state in a sea of Arabs, who are mostly Muslim, would act as a useful functional entity, a colonial outpost, to maintain control and hinder revival following the fall of the Caliphate.

The Western desire to empower the Zionists to establish a homeland for the Jews in Palestine was not at all out of sympathy. In fact, the rulers of some European countries at the time, notably those of Britain, were Anti-Semitic Christian Zionists, who hated the Jews and did not want more of them to escape persecution in Russia and end up landing on their shores. Christian Zionists, like Lloyd George and Arthur Balfour, believed that the transfer of Jews to Palestine was necessary in order to pave the way for the second coming of Christ. But they also believed that such a Jewish state in a sea of Arabs, who are mostly Muslim, would act as a useful functional entity, a colonial outpost, to maintain control and hinder revival following the rock-bottom decline epitomised by the fall of the last Islamic Caliphate.

Ironically, opposition to the Balfour Declaration in 1917 came from the only Jewish member of the cabinet Edwin Montagu, secretary of state for India who, like other anti-Zionists politicians of the time, feared that British-sponsored Zionism would threaten the status of Jews who had settled in various European and American cities and also encourage anti-Semitic violence in the countries battling Britain in the war, especially within the Ottoman Empire.

This is relevant to the other important fact that should be considered here, namely that Jews who advocated the cause of a Jewish homeland in Palestine were at the time a small minority. They were mostly secular Jews of the type that were willing to baptise in order to find a decent job within a highly anti-Jewish European milieu. Jews were opposed to the idea either because they saw it as a means of getting rid of them or because they believed, religiously speaking, that the project was diametrically opposed to the orthodox Jewish doctrine insisting upon the Diaspora Jews to wait for the coming of the Messiah before heading back to the promised land.

The creation of Israel in Palestine in 1948 would not have succeeded without two important factors. The first was the rise of Nazim. Without Hitler and the Holocaust he perpetrated against the Jews in Europe, very few Jews would have succumbed to the Zionist proposition. The Nazis and the Fascists proved the Zionists to be ‘right’ and convinced many Jews that Europe was not a safe place for them anymore. Indeed, Israel could not have been created without a massive and rapid Jewish population. While the Zionists tried and failed miserably for nearly half a century to sell their project to European Jewry, Hitler managed to do it for them in a few years.

The connection between authoritarianism in the Arab world and the Zionist occupation of Palestine has never escaped the attention of the Arab masses.

The second factor was the role played by the modern Arab states. Although the Arab masses in the region immediately surrounding Palestine were, like the Palestinians themselves, vehemently opposed to the creation of a Jewish state in Arab and Islamic Palestine, the governments ruling those masses through the use of brutal force stood guard while the Zionists massacred and banished the Palestinians from their homes. Those same states continued since then to pacify the masses and disempower the Palestinians. While erecting barriers between Palestine and the Arab masses, Authoritarian regimes across the region either did very little to help the Palestinians or contributed actively to the process of criminalising and frustrating their struggle for freedom from Zionist occupation.

Thanks to Arab despotic regimes, what was initially an issue of concern to the entire Muslim world was reduced to an issue of an Arab affair. Then, those same Arabs decided in an Arab League summit conference in Rabat in 1974 to declare the Palestine Liberation Organisation (PLO) a sole legitimate representative of the Palestinians, further reducing the issue to a mere Palestinian concern and paving the way for the PLO henceforth to officially sign away not only the rights of the Palestinians but also the rights of the Arabs and the Muslims in a territory that is home to their first Qiblah and third holiest mosque. Furthermore, by entering into peace deals with Israel, by Egypt in 1978, by the PLO in 1993 and by Jordan in 1994, the Arabs legitimised the existence in Palestine of a racist political entity whose primary function is to frustrate every Arab attempt at development or progress.

The connection between authoritarianism in the Arab world and the Zionist occupation of Palestine has never escaped the attention of the Arab masses. It was clear that Israel was the greatest beneficiary from a situation in which despotic and corrupt elites rule the Arab people. In other words Israel was the greatest beneficiary from the denial to the Arabs of their basic rights including the right to democracy. Such understanding manifested itself on the streets of Arab cities during the Arab Spring revolutions when the masses spontaneously cried: “The people want to bring down the regime, the people want to liberate Palestine.”

Arabs today are asking once more: will the liberation of Palestine come first or the emancipation of the Arab nation?

It is no wonder, thus, that Israel felt as threatened by the Arab revolutions as the autocrats who ruled the Arab masses. The Zionists often claim that Israel is the only democracy in an ocean of dictatorship. The truth is that Israel is the ally of dictatorship in the Arab world because dictatorial regimes provide it with protection and with a peace of mind. Had the Arab masses been able to elect their own rulers, Israel would not have dreamed of hoisting a single flag anywhere in the region. Neither its politicians nor its athletes would have enjoyed the freedom to roam and then boast that despite the Palestinians they have now made inroads in the heartlands of Islam. For this reason, Israel joined forces with the horrified ruling families of Saudi Arabia and the United Arab Emirates kill the Arab Spring, frustrate the Arab quest for democratisation and restore power to their allies. 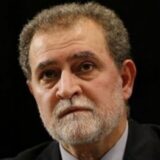 Azzam Tamimi is a British Palestinian academic and political activist.