Are Electoral Alliances a Determinant of the March 31 Elections? 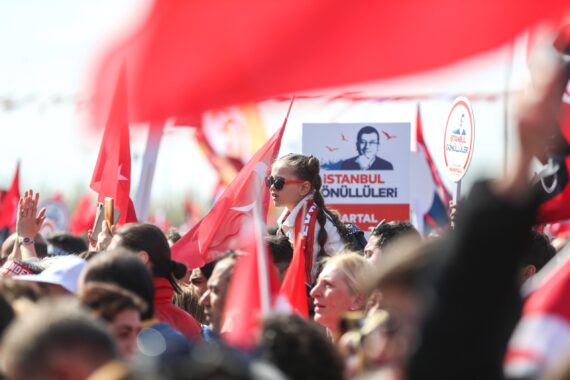 Although it has been three weeks since the March 31 local elections, Turkey’s domestic policy agenda is still dominated by the results. The primary reason for this is the ongoing ambiguity in Istanbul. Even though the Provincial Election Board gave the official certificate of election to Ekrem Imamoglu, the candidate of the CHP and Nation Alliance, the legal evaluation of the Supreme Electoral Board (YSK) will terminate all grey areas about the results of the Istanbul elections in the following days.

Another prominent issue of discussion in the past few days is the determinants of the March 31 elections. All parties conduct their own evaluations and analyze the dynamics affected by the results. This is also a hot topic of discussion among masses and on national and international media platforms. At this point, the critical question is whether electoral alliances are determinants of the March 31 local elections.

Answering this question requires a close examination of the election results. In general, the results show that electoral volatility among alliances was very low. In other words, two alliance blocs majorly kept their votes and consolidated their voters. For instance, while the People’s Alliance, consisting of the AK Party and MHP got 53.7% of the vote in the June 24 elections, they received 51.6% in the recent local elections. Thus, keeping the majority of its votes. Moreover, the Nation Alliance increased its votes almost by 4 percent in the local elections. This increase was due to the HDP’s involvement in the alliance in 11 provinces. Thus, neither the People’s Alliance nor the Nation Alliance increased their voting rates in the elections.

Electoral alliances determined the election results in metropolitan cities. Imamoglu won the mayoral race in Istanbul as a result of a broad alliance between the CHP, Iyi Party, and HDP.

The results of the March 31 elections in metropolitan cities show that electoral alliances are the determinant of the results in these provinces. Although there was not a major increase or decrease in the votes of political parties, Imamoglu won the mayoral race in Istanbul as a result of a broad alliance between the CHP, Iyi Party, and HDP. The candidate of Ankara, Mansur Yavas, also won the elections with the support of these parties. If they had failed to make an alliance, neither Imamoglu nor Yavas would have been able to win the elections. Thus, changes in the borders of alliances were one of the main determinants in the March 31 local elections.

HDP’s support for the Nation Alliance in 11 provinces played a crucial role in affecting the results. This can be understood by analyzing the difference between the votes of mayoral elections and city councils.