Assad offers autonomy to the PYD

The Assad regime reportedly offered autonomy to the PKK/PYD terrorist group in return for withdrawal from areas under its control, but the organization has demanded a federation status instead. 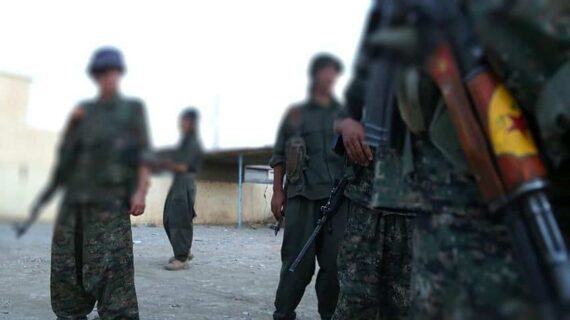 According to the Anadolu Agency, Syria’s Bashar al-Assad regime held talks with the PKK/PYD on Sunday in the regime-controlled Qamishli district of Hasakah province in northeastern Syria.

The Assad regime reportedly offered autonomy to the PKK/PYD terrorist group in return for withdrawal from areas under its control, but the organization has demanded a federation status instead.

Ali Mamlouk, the head of the country’s National Security Bureau, represented the Assad regime in the talks.

According to the sources, Mamlouk assured the PKK/PYD that the Syrian regime would recognize the terrorist organization’s authority in the region on condition that it withdraws from the lands it captured during the Syrian civil war.

However, it has been reported that the PKK/PYD rejected the offer and demanded the country’s constitutional system to be re-structured.

Though the two sides failed to reach an agreement, they agreed to hold further meetings in the future.

There has been no comment from either the Syrian regime of the PKK/PYD on this claim.

According to Anadolu Agency map measurements, the terrorist organization occupies about a quarter of Syrian territory, most of which is populated by Arabs and Turkmens.

Also Read
Russia’s YPG Strategy in Syria
We use cookies to optimize your online user experience. To learn about our use of cookies and how you can manage your cookie settings, please see our Privacy Policy. By continuing to use our site you are excepting our use of cookies.Accept Cookies & CloseMore Info