Austria's 'Islam Map' and the Fight against Muslim Civil Society

Hawkish politics against the Muslim minority in Austria has to stop. Otherwise, the societal divide instigated by the government will create the ground for major conflicts. 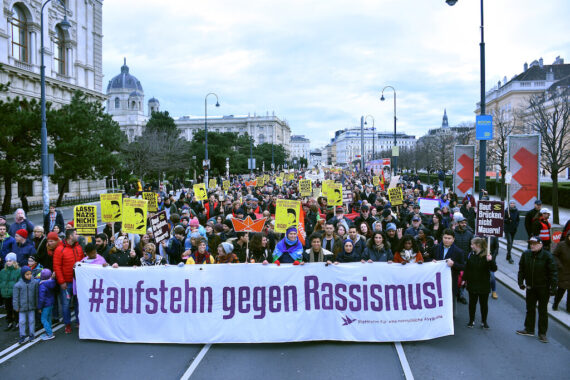 Austria along with France are currently at the forefront of criminalizing Muslim civil society. The Documentation Center for Political Islam, established in July 2020, has released one of its projects, which has been met with fierce criticism. An “Islam Map” showing the addresses of 623 mosques and Muslim civil society institutions was presented and has created a large societal backlash in Austria.

The Documentation Center for Political Islam

Johann Gudenus of the far-right Freedom Party of Austria (FPÖ, Freiheitliche Partei Österreichs), who has since resigned due to his involvement in the Ibiza-gate, was the first to present the idea of a Documentation Center for Political Islam when his party was still in a coalition with the Christian democratic Austrian People’s Party (ÖVP, Österreichische Volkspartei) in 2018. After the Ibiza-gate put an abrupt end to the alliance, the project was now reintroduced and implemented by the ÖVP.

This time, however, the Greens are the ÖVP’s coalition partners. It did not help the Greens to water down the name somewhat in the government agreement and to rename the fund, which was highly subsidized by the state and thus exempt from parliamentary control, the “Austrian Fund for the Documentation of Religiously Motivated Political Extremism (Political Islam).” For what was in parenthesis and henceforth politically communicated applied: a documentation center for so-called political Islam.

The center has an annual budget of half a million euros and is designed to designate Muslim associations with which public authorities can and cannot cooperate – i.e., those which are blacklisted from public funding and space. It is part of the National Strategy for the Prevention of Extremism and Deradicalization, an internationally increasingly challenged concept.

After the project began its work in mid-2020, a first report was presented in December of the same year, which was scientifically very poor and essentially rehashed previously published rumors. But the goal had been achieved: Chancellor Sebastian Kurz had announced in November 2020 following the militant attack in downtown Vienna that he wanted to introduce a new criminal offense for “political Islam.” The Documentation Center could perfectly serve the purpose of identifying this “political Islam.”

But political Islam, for the Austrian government, was not militancy. Rather, it is imagined to pave the ground intellectually for militant action. Hence, political Islam is about thought. And one could add religious practice. Several legislations and political measures had been implemented in the past, linking the Hijab ban or the closure of mosques to the fight against political Islam. One was the ban of the hijab, another two were the closing of mosques. While all three measures have been repealed by the courts, the government still continues its fight against personal Muslim belief and organized Muslim communities.

Relaunch of the “Islam Map”?

The Documentation Center for Political Islam had its second press conference, where Minister for Integration, Susanne Raab, alongside Muslim theologian Mouhanad Khorchide from the University of Münster in Germany, political scientist Elham Manea, and Muslim theologian Ednan Aslan presented their latest findings. These scholars are known for their support of many anti-Muslim legislations implemented by the ÖVP under the leadership of Sebastian Kurz.

The “Islam Map” was originally launched in 2012 by Ednan Aslan and met only low-voiced critique. But the relaunch was different. While Aslan tried to convince the public that the Islam Map was no Islamism Map, the fact that the project was now financed and presented under its name meant that the 623 addresses were now potentially seen as a target by being linked to “political Islam.” And since the government has presented a bill to make political Islam a criminal offense, what are the implications of being on such a map?

Clearly, the addresses of individuals and institutions on this map have been made vulnerable. When the far-right Identitarian Movement started hanging signs with the words “Beware: Political Islam nearby” next to several mosques, a new dimension of this threat became clear. Very soon, criticism came from the European Council, the Conference of European Rabbis, the Austrian Bishops’ Conference, Muslim Youth Austria, and many others.

The rector of the University of Vienna requested the logo of the university be removed from the website and distanced the university from the project. While the Documentation Center for Political Islam took the map offline as a first reaction, its director said that the information will only be made public by logging in via an account.

The Minister for Integration reaffirmed that she does not want to stir up “general suspicion against Muslims.” And indeed, we should take her words seriously. Because for her, it seems, the Muslim associations and mosques do not represent the vast majority of Muslims. This is in line with a widespread narrative in continental European countries that follows a divide-and-rule politics by marginalizing organized Muslims and substituting their voices with state-funded and self-proclaimed “liberal” Muslim voices.

If the 623 sites of organized Islam according to Austrian Integration Minister Raab are not “the Muslims,” then she is indeed consistent in stigmatizing 623 Muslim institutions as potentially dangerous, while all the time pretending to save the Muslims. In a way, this is another episode in the recurrence of a colonial mindset that pretends to save the many good – read obedient – Muslims from the bad ones, i.e., those who claim their own agency.

Currently, Austria’s political leadership sees Muslims as a walking danger that is criminalized with surveillance programs like this map, intimidated by raids, and problematized as a national security threat. This hawkish politics against the Muslim minority has to stop. Otherwise, the Muslim minority that makes around nine percent of the whole population, will be further estranged and the societal divide instigated by the government will create the ground for major conflicts.