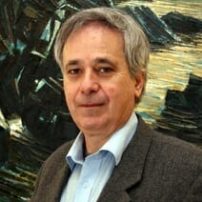 Ilan Pappé is a professor at the University of Exeter. He was formerly a senior lecturer in political science at the University of Haifa. He is the author of The Ethnic Cleansing of Palestine, The Modern Middle East, A History of Modern Palestine: One Land, Two Peoples, and Britain and the Arab-Israeli Conflict.

Pappé is described as one of Israel’s “New Historians” who, since the release of pertinent British and Israeli government documents in the early 1980s, have been rewriting the history of Israel’s creation in 1948.

From Balfour to the Nakba: Zionist Settler Colonialism

The imperial power, in this case Britain, granted the international legitimacy for Zionist settler colonialism…