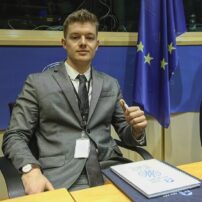 Stijn Ledegen is a Master student of International and European Law at the VUB (Free University of Brussels). He completed his Foreign International Law studies at Bilgi University in Istanbul. Prior to Brexit, Stijn was employed at the European Parliamentary as a former Political Research Assistant for the British Conservative Party. For several years, Stijn Ledegen has been active in the field of religious advocacy in which he writes to condemn the rise of Islamophobia in Belgium and works to establish a fairer environment for religious people in secularized Europe. He continually strives to preserve the right to religious freedom and actively uses social media platforms to channel his views. Stijn is the author of ‘Islam Through the Eyes of a Convert.’

The political situation in France is forcing Emmanuel Macron to balance precariously on a tightrope.…