Bad journalism against the Turkish economy

The external debt to GDP ratio in the U.K. is an incredible 313 percent. This is only 53 percent in Turkey. So? There are no Western media outlets talking about an “imminent” financial crisis in the U.K. Why? Cherry-picked economic data, for a cherry-picked country, Turkey, for clearly political grounds. 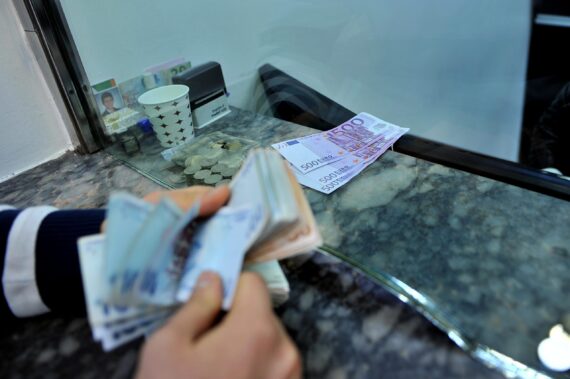 The Turkish economy has been going through a severe financial attack – palpably waged by the U.S. – for some time now. The tweet posted by Donald Trump against the Turkish Lira over Turkey not releasing Brunson is now well known. The remarks of Trump’s social security adviser, John Bolton, are equally “illuminative” regarding the nature of what has been going on:

“This crisis could be over instantly if they [Turkey] did the right thing as a NATO ally, part of the West, and release pastor Brunson without condition.”

It is apparent that the fundamentals of the Turkish economy are strong and that there is no justification whatsoever for such a slump in the Turkish Lira with relevant “figures” such as public debt to GDP and external debt to GDP ratios.

Take “short-term foreign exchange liabilities of nonfinancial firms” in Turkey. Some of these media outlets address this ratio to show how the Turkish economy and Turkish firms are vulnerable to external shocks. However, they curiously fail to mention the other side of the story: “short-term foreign exchange assets of nonfinancial firms.” It is apparent that the liability side does not provide the full picture without mentioning the asset side. This is bad journalism to say the least. Then what is the truth? The truth is that the short-term financial assets of Turkish nonfinancial firms are 6.5 billion dollars higher than their short-term financial liabilities!

More to the point, they consistently fail to mention the exchange rate position of the Turkish financial industry, which is one of the most critical figures. What this figure tells us? It is that the Turkish banking sector has around 2 billion TL surplus of net foreign exchange position! Moreover, the capital adequacy ratio for the banking sector in Turkey is over 16 percent. So, it is apparent that the Turkish banking industry is well-hedged and in a rather good position.

These media outlets never mention the public debt to GDP ratio in Turkey, which is 28 percent, and is one of the lowest in the world. They also fail to mention that gross external debt to GDP in Turkey is 53 percent, which is not too low, but not too high either. There are numerous countries where this ratio is much higher than Turkey, such as France (213 percent) and the U.K. (313 percent).

On the other hand, there is one figure that Turkey cannot be proud of, and that is the current account deficit to GDP ratio. Indeed, Turkey has been running relatively high current account deficits for almost two decades thanks mostly to global liquidity abundance and strict monetary policy (particularly between 2002-2008) by the Central Bank of Turkey. In addition, we should add that Turkey has a vibrant and energetic economy to which investors around the world are naturally attracted. The average economic growth rate between 2002 and 2017 was 5.7 percent, which amounts to the doubling of the Turkish economy in just 16 years.

In addition, the Turkish current account deficit to GDP ratio was much higher between 2010-2013 than it is now. The current account deficit in Turkey was already bound to decline due to the inevitable depreciation of the Turkish Lira, as well as other currencies around the world, against the U.S. dollar, as global liquidity abundance has been coming to an end slowly but surely since 2014. Indeed, this is what correction looks like.

One final comparison. The current account deficit to GDP ratio in the U.K. (over 5 percent a year) was considerably higher than that in Turkey between 2013-2016. As of 2017, this ratio was 4 percent for the U.K. I should also add that the external debt to GDP ratio in the U.K. is an incredible 313 percent. This is only 53 percent in Turkey. So? There are no Western media outlets talking about an “imminent” financial crisis in the U.K. Why? Cherry-picked economic data, for a cherry-picked country, Turkey, for clearly political grounds.