Speaking during an interview with AHaber, Cavusoglu stated that the “Turkish army will intervene immediately if our Turkmen brothers [in the disputed Kirkuk province] are physically targeted.” 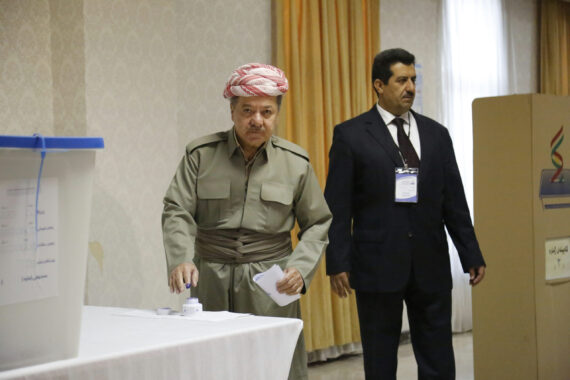 While the Kurdish Regional Government’s President Masoud Barzani has ignored and objected to calls from the international community to postpone the independence referendum, Turkish President Erdogan has asserted that Turkey will not recognize the vote “regardless of its outcome.”

The independence referendum, which has occupied the political agenda for some time now, is due to ask citizens of the KRG-controlled areas, including oil-rich Kirkuk, whether they want to separate from Baghdad.

Turkey, US, Iran and many Western European governments have strongly stated their opposition to the referendum and have called for Barzani to negotiate with the Baghdad administration in order to secure a new deal. These attempts have failed.

Speaking at the International Ombudsman Conference in Istanbul on Sept 25, President Erdogan reminded the KRG administrators that Turkey was “with them [the KRG] when others left them alone,” and that the Turkish state “kept them on their feet by helping with all its resources.”

Highlighting the diversity and integrity of Iraq, President Erdogan highlighted the wrongness of the referendum by stating that there are Arabs and Turkmens that also live in northern Iraq, emphasizing the need for Iraq’s territorial integrity.

Claiming that the independence referendum was an opportunity sought by the KRG President in order to secure his own opportunistic nature for himself and his family, Erdogan firmly stated that “we will not allow for a new chaos near our borders.”

Baghdad is the only ‘legitimate authority’ in Iraq

Echoing the view of his government, Prime Minister Binali Yildirim said on Monday that the only “legitimate authority” for Turkey in Iraq was the central government in Baghdad.

Speaking in a live TV interview, Yildirim stated that the KRG’s independence referendum was illegitimate and that its results would be null and void.

The Prime Minister, against arguments made by the KRG, claimed that “[The vote] will not contribute to regional peace and stability, but it will increase already-existing tensions and problems,” and stated that “from now on, we will speak directly to Iraq’s central government and decide accordingly.”

While it has been clear that the border with northern Iraq still remains open, the Prime Minister announced that Turkey will be in constant dialogue with Baghdad over “all border gates, airports and energy issues.”

The Iraqi Turkmen population in the KRG-ruled provinces have long been against the referendum and have called for the international community to ensure Barzani postpones the referendum. As calls from various world leaders have been ignored, Turkish Foreign Minister warns the northern Iraq administration of a potential military operation.

Speaking during an interview with AHaber, Cavusoglu stated that the “Turkish army will intervene immediately if our Turkmen brothers [in the disputed Kirkuk province] are physically targeted.”

He said that Turkey would no longer provide “military training support for the [Kurdish] Peshmerga forces,” adding that Ankara would from now on be engaged primarily with the Baghdad administration.