“The court views Rasul’s statements as a kind of incitement against the Iraqi Armed Forces,” it added, noting that the arrest warrant has been issued in line with Article 226 of Iraq’s penal code. 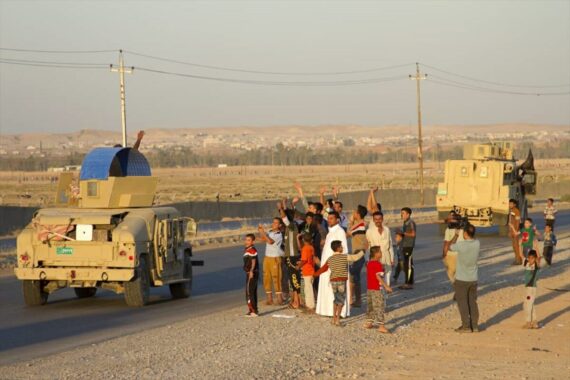 In addition, with the withdrawal of the KRG-loyal Peshmerga fighters, Iraqi military forces have taken control of Kirkuk.

Following the military operation, on Thursday a Baghdad court issued an arrest warrant for Kosrat Rasul, vice-president of the KRG.

A statement released by Iraq’s Supreme Judicial Council read: “The Rusafa investigations court has issued an arrest warrant for Kosrat Rasul following the latter’s recent statements in which he referred to Iraqi Federal Police units in Kirkuk as ‘occupying forces.’”

“The court views Rasul’s statements as a kind of incitement against the Iraqi Armed Forces,” it added, noting that the arrest warrant has been issued in line with Article 226 of Iraq’s penal code.

On Wednesday Rasul, who is also a leading member of the Patriotic Union of Kurdistan (PUK), compared the recent “invasion” of Kirkuk by Iraqi forces – along with other disputed areas of Iraq – to the “Anfal operation.”

Here Rasul was referring to a series of ethnic cleansing campaigns carried out in northern Iraq by former President Saddam Hussein during the 1980s.

Confirming that the Iraq forces have re-gained control of the oil fields in Kirkuk, the Iraq Oil Ministry spokesperson Asim Cihad said: “The ministry now also holds oil wells and facilities in Kirkuk.”

The ministry called on BP to urgently make the necessary plans for developing Kirkuk’s oil fields, adding that the central government has the right to develop oil fields in all cities of Iraq.