For the European and North American volunteers, both the reasons to join and desert the YPG vary. And it seems like both the governments and mainstream media address Syria as a place where such “confused” or “problematic” people can go and do things, which they are not allowed to do at home. 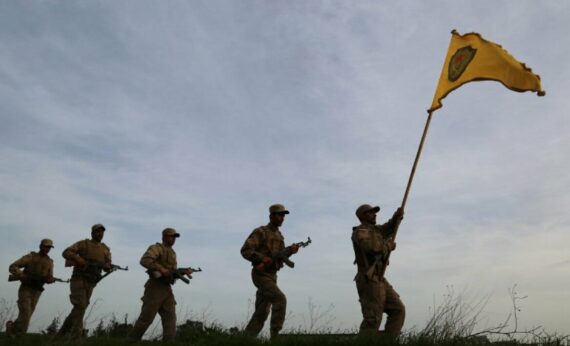 The Syrian Civil War has developed in roughly three phases. The flow of events started as a protest that escalated into civil war, which then turned regional and even global as outside powers started a proxy war in the country while foreign fighters from Europe, Asia and Africa streamed into the country. There are multiple theories and assumptions in the air for the different aspects of the war.

The leading questions and the most common answers – thanks to the tools that political scientists have devised over decades – are as follows: Why did the anti-regime protests start in Syria in 2011? The quick answer is because of the spread of the revolutionary ideas of the Arab Spring (a.k.a. the diffusion argument). Why did the protests turn into a violent rebellion? The quick answer is because of the government’s handling of the protests (the repression-radicalization argument). Why did regional and global powers engage in the Syrian civil war? Well, this time the answer is not the oil.

Academia and lay analysts seem to think that the foreign intervention occurred in order to balance rivals (the balance of power argument). It seems like we have more or less an agreement on these answers. Nevertheless, one question lacks an agreed upon answer: Why did the foreign fighters flood into Syria? Well, while the balance of power explanations seem to work pretty well for the involvement of foreign states in the conflict, it does not say a word on the individual unit of analysis. The toolkits of political scientists do not have a quick answer to this question as the anecdotal evidence and journalistic opinions show a great deal of variety.

In order to answer the question of foreign fighters in Syria properly, we needed new (individual-level) data. An effort to profile the foreign fighters in Syria (and Iraq with the spread of the war) has found they – on average – seemed to be in their 20s, unemployed or students, and had an immigrant background. That was more relevant for DAESH though. Speaking of DAESH, a significant portion of the Western recruits of the organization have been criminals and gang members. The empirical evidence suggests that the DAESH recruits were not exclusively men (17% female) and not only Muslim-born people (6% to 23% converts). Once we get the profile, what remains is to figure out the primary motivation of those volunteers. Accordingly, foreign fighters spend a short process of radicalization, mostly as a group of friends and deciding to leave jointly for Syria and Iraq. As for the European recruits, the radicalization seems less explained by “economic or political conditions but rather by ideology” and the sense of alienation due to “the difficulty of assimilation into homogeneous Western countries.” And of course, the allegedly Islamic character of the Islamic State (DAESH) was a pull factor on its own for those who needed an escape in a utopia.

Compared to DAESH’s recruitment of foreign fighters, the People’s Protection Units (YPG), could form a narrower pool of foreign fighters but enough to attract academic and journalistic attention. As the Syrian branch of the PKK – a terrorist organization based in Iraq that primarily targets Turkey – the YPG had already attracted a significant number of Turkish or Iraqi Kurds as foreign fighters. Nevertheless, the siege of Kobani in September 2014 gave the organization a reputation of fighting against DAESH with scarce resources and made it increasingly appealing in the West. In a parallel to DAESH recruiting, while some volunteers came for ideological reasons, with dreams of joining a utopia, others joined the YPG because they had nothing better to do back home. Some were criminals, some adventure seekers, some former soldiers who missed fighting, and some, simply confused minds. An American ex-fighter for the YPG claims that while he fought for the YPG alongside some former members of the American military and French Foreign Legion, “there was also a man […] who claimed to be Special Forces but was actually a child molester. There was a Canadian lingerie model, and a Muslim convert who liked to kiss dead DAESH on the lips.” In a nutshell, the YPG has quite a heterogeneous pool of foreign fighters from the West.

DAESH’s barbarism deserves a great deal of anger, yet it takes more than anger to leave your home in Europe or North America and take a long journey to join the YPG. What it takes is also to be attracted to the YPG. Reddit, Twitter, and Facebook are full of YPG propaganda where you can also find publicly available information on how to join the YPG, the official email addresses to ask for recruitment, the contact information of the intermediary people between the volunteer and the YPG, etc.

Apart from such direct linkages to the YPG, one important factor that facilitates the group’s recruitment of foreign fighters is the depiction of it in the Western media.

While we read a lot about the foreign recruits of radical Islamist groups in Syria as losers or psychos – which might well be correct – the very same pages tend to cheer for those who join the YPG. One such recruit from Britain, Kimberley Taylor has made multiple appearances in the mainstream news outlets such as the BBC where she said that “everyone here sees the YPJ [the female force of the YPG] as leaders of the revolution, they’re women that we can’t compare with anything in the world.” While the Guardian also presented Kimberley Taylor as a revolutionary and glorified her as “the first British woman to travel to Syria to join the fight against Islamic State,” the same sources present the recruits of radical groups such as DAESH as radicalized girls who were promised utopia but found fear and death. Well, while, as expected, leaving your home to fight in Syria takes a process of radicalization and death is, to nobody’s surprise, associated with fear, dying for the YPG becomes a matter of bravery rather than fear.

The BBC quoted a Western YPG activist on the British recruit Ryan Lock’s suicide in a clash before being taken by DAESH as saying the act was one of “outstanding bravery”. Such depictions indeed shape how people see the YPG and find it worth fighting and dying for. This is how people become aware of the YPG. But also this is how they become aware of a country far away, where they can find an escape or seek adventure. Syria is shown as the address to those who want to pursue their revolutionary and anarchist anti-capitalist games – which they are not allowed to play in their home countries.

While the reasons to join the YPG vary, the reasons to flee vary as well. Some naïve recruits imagined the YPG to be too humane for a violent organization and joined it to fight for democracy, ecology, women’s rights, and anti-capitalism. Nevertheless, they probably change their opinion of the YPG after seeing the war crimes and ethnic cleansing in places under its control. While commenting on such accusations, a German YPG fighter stated that “I can’t confirm systematic displacement, some [civilians] are returning to their villages. But if you tell them [YPG] it’s an Arab village they’ll trash the place”. Some volunteers are fine with that because in that oversimplified depiction of the Syrian war, the YPG are the good guys who kill the bad guys – who speak Arabic and have long beards. But some think harder on the complexity of the causes of the war and the diversity of the motivations of the fighting parties, and find it hard to tolerate ethnic cleansing under the disguise of fighting against DAESH.

For some others who changed their mind about the YPG, it looked clear that fighting in Syria was not a summer vacation where you make a revolution and get back home for the Christmas. What they saw in Syria was blood and death; and blood looks bloodier when you see it in real life rather than on a computer screen. Some others deserted the YPG because Syria is not a place like the ones in GTA games they used to play back at home. According to Michael Enright, a former YPG fighter from the UK, some foreign recruits feel “a certain amount of frustration because they don’t see as much action as they would like.” An American volunteer who first joined the YPG but then crossed back to Iraq and joined the Peshmerga forces states that “a lot of people come over here thinking they’re going to be John Wayne and Rambo running and gunning. It’s not like that.” And some others, especially committed Christians, flee the YPG forces after seeing the group pursues a socialist ideology and is composed of a “bunch of damn Reds.”

In a nutshell, for the European and North American volunteers, both the reasons to join and desert the YPG vary. And it seems like both the governments and mainstream media address Syria as a place where such “confused” or “problematic” people can go and do things, which they are not allowed to do at home.

Also Read
Notturno: A Dark Purgatorial World in the Fertile Crescent
We use cookies to optimize your online user experience. To learn about our use of cookies and how you can manage your cookie settings, please see our Privacy Policy. By continuing to use our site you are excepting our use of cookies.Accept Cookies & CloseMore Info