Between Reform and Restoration: The Turkish Education System, An Interview with İpek Coşkun

We need ‘restoration’ instead of ‘reform’ in the field of education. While we must facilitate stability by keeping our local realities at the center, we must also be on the watch for developments all around the world. 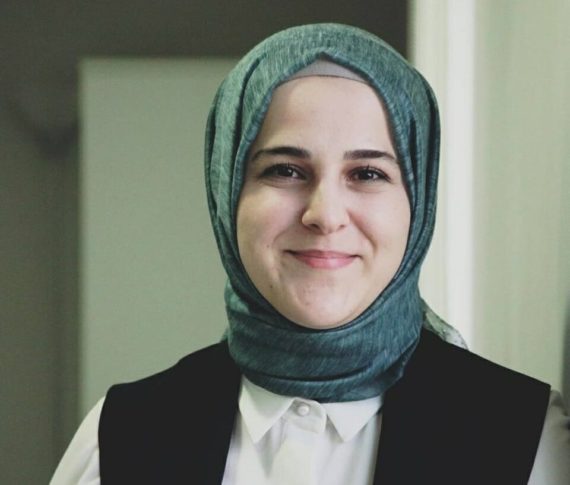 With the announcement of Recep Tayyip Erdogan and the abolishment of TEOG, the education system and new reforms have re-emerged on the political and social agenda. Amid critics, there is hope that the Ministry of National Education (MEB) is in desire to implement a system that treats students with justice. Considering the number of students within Turkey’s education system, it is highly difficult to find a solution that suits all. Ipek Coskun, Researcher at SETA spoke to Lacivert magazine in regards to recent developments in the education system in Turkey.

It should be expressed that it isn’t only Turkey that pursues such changes. Steps for change and innovation in education systems are being taken across the world. The important part is to determine what creates the need for change and the methodology in implementing such changes. At this point, the main issue that we need to discuss is not change, but rather “stability.”

A strong methodology should be followed in order to ensure and facilitate such stability. This methodology should be compatible with our local realities and contemporary global developments. While almost all who specialize in education think of reform when ‘methodology’ is mentioned, it should not be forgotten that Turkey underwent a grand reform in education four years ago with the prominent 4+4+4 mode, in which every child receives a 12 year-compulsory education. I think from now on, Turkey should focus on progressive elaboration based on the local reflections of the post 4+4+4 period. Therefore, hereafter, we need ‘restoration’ instead of ‘reform’ in the field of education. While we must facilitate stability by keeping our local realities at the center, we must also be on the watch for developments all around the world. Otherwise, trying to move a huge system will create fault lines. Failure would be inevitable in such a case. I mean you may develop strong national education policies, but all the changes you make may become clogged at the lowest level, for instance, by a teacher or a school administrator.

We need ‘restoration’ instead of ‘reform’ in the field of education.

Another point that needs to be emphasized is that in Turkey, not only in education but in other fields, change is perceived as the antithesis of tradition. Breaking from tradition in education brings only about a societal memory loss. What I mean by tradition is the change in the value of knowledge and definition over time. Our outlook on knowledge is still very pragmatic and opportunist, which is why knowledge that won’t be questioned in an exam is deemed worthless and useless. For instance, a student reading a story or novel instead of doing tests during his/her exam period is perceived as trash. If you ask me, it is not children, but teachers and parents who deem such valuable extra-curricular activities as useless.

Lastly, it is apparent that we need an educational aristocracy. I’m aware that the word aristocracy can come across as intimidating. However, I’m talking about a type of aristocracy that could facilitate stability and preserve tradition. We can say that there was such an aristocracy in the Republican era, but this was, unexpectedly, a position that was not in favor of diversity in Turkey. We would’ve expected them to set a stable foundation, yet they deepened ideological schisms. Thus, they rendered the system antipathetic, distancing it from an intellectual wealth. Now, we need educational aristocrats who are liberated from their ideological baggage. Respect to human beings and scientific endeavor are the prerequisites of this.

It is not children, but teachers and parents who deem valuable extra-curricular activities as useless.

The fact that the skills of children are determined through exam results is an issue that has been debated for many years. Spare time that children have is consumed by the said system and existing examinations. Recently, President Erdogan made a statement expressing that the Transition from Primary and Secondary Education (TEOG) examination is needless. How healthy are success rates determined by this kind of a system? What are your suggestions for developing an individual-centered education model?

Let’s start from the last question. As part of my job and study area, I work closely with students and teachers. Therefore, it is safe for me to say that I’m not a stranger to the children’s world. Moreover, I have nephews and nieces whose education I closely observe. For instance, one’s educational process is worthy of assessment. After living in the U.S. until school age, my nephew returned to Turkey, where he continued his education from primary school. He was a curious child who asked many questions and his questions were of a confounding kind. We tried to keep his inquisitive nature as intact as possible and always expressed that he should never resort to memorization.

He grew up, became an adolescent and more importantly he was to enter TEOG this year. Now, he has greater questions on his mind. I’m sure that TEOG couldn’t assess my nephew’s qualities; neither could the earlier exam models like High School Entrance Examination (OKS) or Placement Test (SBS). I’m not implying that my nephew is perfect or gifted; he is only one among more than a million peers. However, we are in need of a model that observes children not only through their academic achievements but also through their attitudes and behaviors. The only thing that gives us information about the profile of a student who is transitioning from 4th to 5th grade or from 8th to 9th grade is the scores students obtain from examinations. However, files should be prepared for each student and these files should be examined by their future teachers. While Turkey is in need of a more centralized system, only relying on this will do nothing but increase the number of overambitious students whose primary concern is how high they score on a test. In addition, it’s hard to design a model that would satisfy parents, teachers and students. As an educationalist I value once said, “Pedagogy cannot be built with pleasure.”

We need educational aristocrats that are liberated from their ideological baggage. Respect to human beings and scientific endeavor are the prerequisites of this.

When discussions about the abolition of TEOG begun, many families panicked. What would be your advice to families enduring this process?

I can understand what families are going through and they are rightfully stressful about this issue. At this point it is very important that families do not reflect this tension and exert pressure on their children. As there is always a kind of transition process between different levels of education, children should continue studying and families should encourage them to do so. These studies will inevitably be effective in improving their academic success at high school.

It is useful to remember that even before the debate on TEOG began, families had a love-hate relationship with the examination. This is still the case. There are two types of family profiles in this sense: those that attach a lot of meaning to examinations, and those that hate exams because of the stress they cause. For instance, while TEOG questions would not necessarily require students to resort to extra-school resources, as families began to race against each other, they made the process more challenging by buying extra books, sending their children to additional courses and by employing private tutors.

As I’ve expressed before, these common examinations are not as challenging as families claim them to be. This is reflected by the fact that there are thousands of students who achieve full score in TEOG. The Ministry of National Education did not design TEOG as a centralized examination, but rather wanted to hold a common written examination in Turkey. TEOG didn’t stress students as much as the earlier models like OKS or SBS did. Centralized exam systems have been applied in Turkey since the 1990s and one thing that I have observed is that families have become addicted to such systems. There are families who keep track of the number of tests their children complete daily. This situation within families is merely representative of early stress about university education, as there is a general belief that the first step in entering a good university is to attend a good high school. While they are not completely wrong, even if a child attends one of the best universities in Turkey, it is important not to overlook the ways in which this pressure will reflect on them and how they will turn out to be in the world of employment. Therefore, we should think in a multidimensional way. I believe families should also relieve themselves from their stress.

I believe families should relieve themselves from their stress.

In certain regions of the world, some parents don’t send their children to school and home-school them instead. Have you come across such examples in Turkey? Could this prove to be an alternative to the quandaries of the current system?

I don’t believe it would be a strong alternative, yet we could keep it as an option. Families could be granted with a wider area of action in this matter. As compulsory education in Turkey is 12 years, families attempt this kind of home-schooling models during pre-school education. However, it’s not possible to claim that this practice is widespread. Even if parents are not in employment, children being away from school for a couple of months is not desired by most parents – even the summer break becomes a crisis for many families. In this respect, I don’t believe home-schooling would be a preferred option.

I personally do not welcome a complete home-schooled education. However, we could discuss having certain courses being taught at home or at an alternative location. I don’t have any issues with schools assessing home-schooled students either. Nevertheless, a flexible model that could be substituted with being at school for 40 hours might be designed. For example, while arts such as painting and music can be taught at school, they can also be provided by outside municipalities.