Bloc Politics Determined the Results of the Istanbul Elections

Turkey’s dynamic political and its own path of democratic experience, which definitely must not be limited to exaggerated comments by foreign correspondents/journalists in Turkey and who are nowadays broadcasting in a very extreme and absurd Imamoglu-backing bias, offers a very good opportunity to examine the recent results in a more comparative and of course, system-based context. 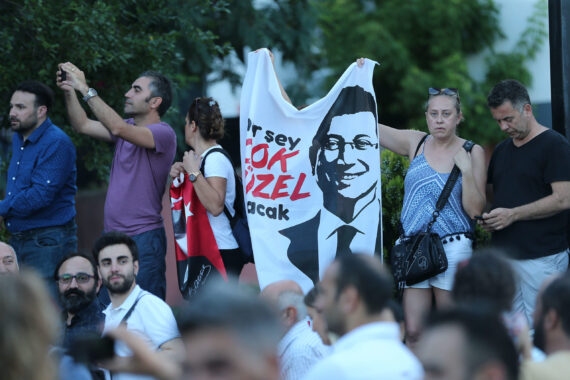 Following the Istanbul elections on June 23, Turkey’s policymakers will now focus on politics and on particular foreign policy issues of current significance. The upcoming days will most likely show some striking developments in the field of foreign policy, as the S-400 missile case, tensions between the U.S. and Iran and the G20 Summit will be of great importance.

However, before that, a final elaboration from a systematic point of view should be made regarding the political system in general and the recent mayoral elections in particular. The Turkish public went to the ballot every year since 2014 due to both extraordinary situations, such as early elections held in 2015, the failed coup attempt in 2016, the referendum in 2017, and the snap elections in 2018. Added to this list was the re-run of the Istanbul elections on June 23. These experiences give us political scientists a lot of data to analyze Turkey’s continuous political perception of the previous parliamentary system, while the dynamic transformation is continuing into the new presidential system, which was adopted in 2017.

In the new system, the country’s executive organ is led by a single office, namely the Turkish presidency. According to the previous constitutional requirement, the Turkish prime minister had to share the country’s executive organ with the president, which in the past had caused several system-based difficulties and even crises between the two offices. One of my first observations is that despite official opposition regarding the Turkish presidential system by most opposition parties – except the MHP – it seems that opposition circles have increasingly become used to the current system, which eventually enables opposition parties to form a so-called “bloc” or “alliance” in order to win certain offices of great importance.

Of course, the recent mayoral election in Istanbul, where in a de facto manner only two candidates, namely the Nation Alliance’s and the People’s Alliance’s candidates, became actual rivals, cannot be counted as a presidential election. Ekrem Imamoglu’s success was due to the “bloc” formed between former frustrated Kemalist/secular voters and voters that changed their minds, which is an outcome of Turkey’s presidential system, which enables alliances/blocs based on political realities.

In order to become Turkey’s president, one needs either more than 50 percent of all the votes to win in the first round or the majority of votes to gain victory in the second round. This necessity led to alliances during the 2018 presidential elections, which were formed between the AK Party and the MHP and on the other hand between the CHP and its rather heterogenous allies.

To underscore what I’m trying to explain in this week’s column, one has to stress the similar perception, which had been the case in the re-run of the mayoral elections on June 23, and which had eventually been elaborated as a de facto second round for Istanbul’s mayoral office. Under these conditions, it would be perhaps an interesting outcome and even future projection or change to consider an official second-round vote system, in particular for metropoles such as Ankara, Izmir, and Istanbul. By this, it might be a step to 1) boost Turkey’s presidential system through a similar voting system, and 2) increase the acceptance rate for the system itself.

Thus, Turkey’s dynamic political and its own path of democratic experience, which definitely must not be limited to exaggerated comments by foreign correspondents/journalists in Turkey and who are nowadays broadcasting in a very extreme and absurd Imamoglu-backing bias, offers a very good opportunity to examine the recent results in a more comparative and of course, system-based context.