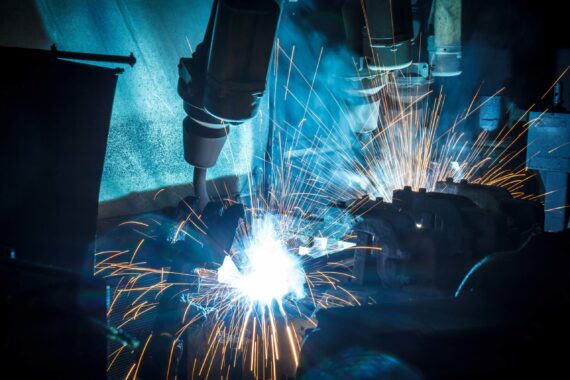 In September, the annual increase in electricity, gas, steam and air conditioning supply indices were 13 percent, while the manufacturing, mining and quarrying indices were up 10.4 and 4.6 per cent respectively.

Official data reflected that among all sections and main industrial groupings, the highest increase year-on-year was seen in the durable consumer goods index – which had a 36.5 per cent hike.

TurkStat noted that on a monthly basis, Turkey’s industrial output increased by 0.6 per cent in September, compared to August.

In addition, Turkey’s industrial production increased by 1.9 per cent in the third quarter of 2017, compared with the period of April-June, while the third quarter’s annual increase was 10 per cent.

According to the institute, the purpose of calculating a monthly industrial production index is to measure the evolution of the economy and to see the positive and negative effects of economical political decisions in the short term.

While industrial production has been on the increase, important steps have also been taken to ensure a national automobile is ready for 2019.

The president expressed his warmest gratitude to the firms and promised his “full support” for the venture.

He also added that he “will closely follow the developments.”

The initiative came after President Erdogan repeatedly called for a joint car project of the Union of Chambers and Commodity Exchanges (TOBB), and the Science, Industry and Technology Ministry.

The president stated that he expected the prototype of the first domestically-produced car to be ready in 2019 and for sales to begin in 2021.

“Provided that I pay for it, I want to own the first automobile,” he said.

“No one should hesitate. We will produce Turkey’s car with the best design and technology, both for our country and for the world.”