It seems there are some coincidences which suggest hope lies in the future for Turkey and the people of the region. Recognizing that Turkey’s power lies in its history — when the country was at the center of an empire — Turkey is opening itself to the partners who share the same history. The Turkish government’s reification of Muslim identity, rather than ethnic, has both spatial and temporal significance. 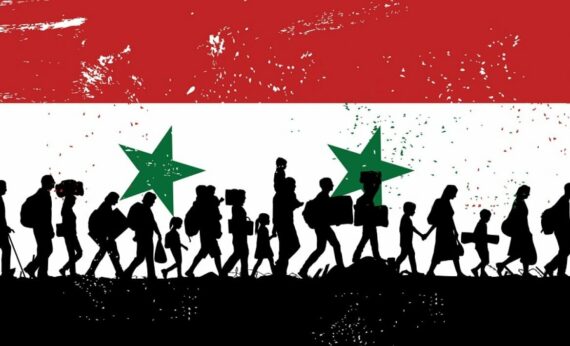 The ongoing Syrian war is a slice of history which we, out of amnesia, tend to isolate. A century ago, when the British and French were planting flags of Arab nationalism across the Arab provinces of the Ottoman Empire, Arabs barely knew that seeds of a multipronged division were being sown. As Arabs woke from the dust of World War I they were to find themselves under a new configuration — Iraq, Syria, Jordan, Lebanon and Palestine/Israel. These nation-states were designed by Britain and France under the secretive Sykes-Picot Agreement of 1916.

The Western colonists had primarily deployed two forces to accomplish this project: Arab nationalism and Sharief Hussain of Mecca’s so called “Arab Islamic rebellion” against “Turkified Ottomans.” While Arab nationalism served to separate Arabs from Ottomans, at least imaginarily, Hussain’s revolt served to divide the Arab region internally. In return he got a reward for his sons, Faisal, Abdullah and others, from his colonial masters. However, knowing that they had been used as an accessory to serve colonial interests, Arab nationalists would soon turn against the West, and their struggle continued for decades in the form of the socialist-secularist Ba’ath Party and Gamal Abdel Nasser of Egypt.

However, both Arab nationalism (a supra-nationalism) and nation-statism were flawed from the very beginning. They produced dictators that would last right into the twentieth first century (Bashar al Assad as its latest product). Their failure was imminent because they rejected one significant reality about the Arab world: the Arabs had historically exhibited loyalty towards their Islamic heritage (macro identity) and their local clans or tribes (micro identity). Ottomans for centuries had maintained this balance through the fluid nature of their governance system that allowed people from diverse cultures to live a stable life.

The current war in Syria is actually a continuation of this historical legacy left by the colonial powers. Hafiz al Assad (Bashar al Assad’s father) established his regime in 1971 riding on an Arab nationalist wave after working with the Ba’ath Party for decades. Today’s dictator Bashar al-Assad inherited the throne on his father’s death in 2000. So far the war has consumed hundreds of thousands of lives and displaced millions.

Amid the destruction and gloom caused by the war, a peculiar phenomenon has been developing outside of Syrian territory. There have been wars in the Middle East in the past as well, but migration towards Turkey at such a large scale is something not seen before. During the earlier wars, migration by people escaping death remained confined within the Arab region. The Syrian war, for the first time, has driven large numbers of people towards Turkey, the last remaining stable country in the region: others are either torn by wars or already hosting millions of refugees.

At the moment every big and small city in Turkey hosts thousands of Arabs who have escaped the war. Apart from the southern provinces of Gaziantep, Hatay, Kilis and Şanliurfa there are thousands of others living in Istanbul, Izmir, Ankara, Konya, Kayseri and Mersin. This has produced some unforeseen consequences, opening new avenues for multidimensional interaction between the former Ottoman partners, Arabs and Turks, at a massive scale. Currently Turkey offers a rare image of its former self, when it was the center of an empire of peoples from diverse cultures and colors. It is an image of the time when multiculturalism was not an ideology, but the natural flow of life.

There are primarily two levels of interaction between Arabs and Turks: conscious and unconscious. The conscious level involves interaction between two peoples under formal and informal settings such as debates, discussions, conferences, seminars, and normal interaction between two individuals. These practices lead to knowledge sharing and the clearance of confusion. The Turkish and Arab interchange mainly falls within the paradigm of Islam and the main reference point are the Ottomans, since both are Muslims and share a common political and social history.

The unconscious interaction is a psychological experience. Its significance is more lasting as it is deeply rooted in cultural sharing. Mere living together, the frequent visibility of one another in schools, universities, localities, markets and work places, the sharing of cultural objects like food and clothing, are the ways unconscious interaction is exercised. Since mythological nationalist ideologies unleashed by the West over the past two centuries have sustained on simplification of the complex and complication of the simple, unconscious interaction offers a promising resistance tool against such divisive and stereotypical ideologies. People directly experiencing one another leaves no scope for a middleman’s manipulation.

Wars destroy hopes. They destroy myths as well. For the past century lies about Arab-Turk antagonism have been groomed. The current interaction is demolishing the false myths; turning them upside down. The phenomena of the Arab-Turkish interchange is strongly backed by Turkish media coverage of the Syrian war. At this time most of the European media, politicians and intelligentsia are preoccupied with two things: creating paranoia about foreigners who are stealing “our jobs,” and focusing on the identity of the refugees coming to Europe. However, Turkish media has mostly been highlighting the daily miseries of the Syrian war, the human character of the refugees and so on. This works as a major driving force for Turkish national perception about the refugees; they are treated more with compassion than paranoia. Besides, Turkish people’s hospitality for migrant “Muslim brethren” draws inspiration from the 1400-year-old Islamic tradition. When Prophet Mohammad (PBUH) and his followers were persecuted and forced out of Mecca, they migrated to Medina amid fears of a plot to murder the Prophet. Madinaites welcomed them all.

It seems there are some coincidences which suggest hope lies in the future for Turkey and the people of the region. Recognizing that Turkey’s power lies in its history — when the country was at the center of an empire — Turkey is opening itself to the partners who share the same history. The Turkish government’s reification of Muslim identity, rather than ethnic, has both spatial and temporal significance. Spatially it connects Turkey more closely with its neighborhood, which is religiously Muslim and ethnically diverse. Temporally it connects the country with its rich and outstanding past. This policy absorbs not only external but also internal political dynamics as the country itself is over-growingly multi-ethnic. It is important to note that hatred among people living in Africa, the Arab world, and in certain Asian countries against their former Western colonial masters has not ended, but on the contrary has grown due to a new wave of right wing radicalism that dominates in the Western countries. At a time when the West is becoming inward, Turkey is becoming more outward and the country is projecting itself as an inclusive and tolerant political power in a swiftly changing regional environment.

Waseem Ahad is a PHD Candidate at Kocaeli University. Born and brought-up in Indian Administered Kashmir, Ahad lived first 22 years of his life through Kashmir’s independence war that started in 1989. After completing his Masters in journalism from Kashmir University, Ahad moved to New Delhi to work as a journalist for The Economic Times. In 2015, Ahad moved to Turkey for his research studies in Communication Science.