Great Britain’s decision to leave the EU is not only a turning point in Europe’s history but also a huge challenge for the world’s economic and political system. 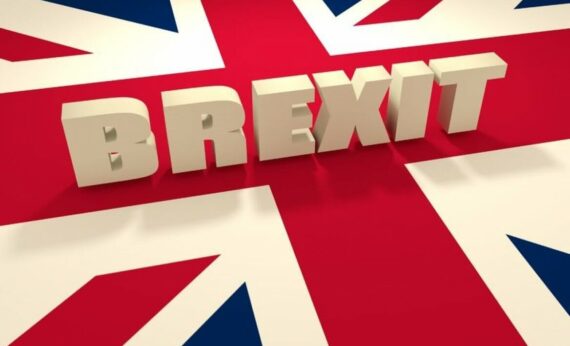 Great Britain’s decision to leave the European Union is not only a turning point in Europe’s history but also a huge challenge for the world’s economic and political system. The importance of the event also shows how much Britain impacts the global balance.

IslamophobiaBy Mert H. Akgun
Many now wonder whether or not the EU and Great Britain will be able to preserve their unity. This is, of course, only one of the discussion topics in this complex matter.Another topic is democracy itself. The Brexit referendum has allowed citizens to express their feelings – and this is direct democracy. However, it is widely known that opinions may be manipulated by the wording of the referendum question, by the overall political atmosphere or by the arguments chosen during debates. Asking a question to millions and allowing them the choice of only a simple yes or no answer is no guarantee that the result reflects the will of the people.

Great Britain’s decision to leave the European Union is not only a turning point in Europe’s history but also a huge challenge for the world’s economic and political system.

The Brexit referendum has shown us, once again, the ambiguities of referendums. According to surveys, the older generation and more conservative people have voted to leave the EU, perhaps imagining that the UK will return to the power of its Victorian Era once it is liberated from its European obligations. Immediately after the announcement of the results, some “leave” voters expressed their regrets and tried to propose ways to reverse the decision. People have searched EU-related information on the web following the referendum, not before, which shows that many were not informed about what they were voting against. They have seen that their money is losing value, that international firms have expressed intentions to leave the country and that a number of citizens have applied for French citizenship – many are shocked by these developments.

Democracy in the Context of Ethnic Nationalism and Globalism

Brexit has proved that a referendum can be a very dangerous tool in a democracy. Politics is never black and white; it is always made up of shades of gray. If every issue was black and white, politicians would not be necessary. This, of course, does not mean that referendums should be prohibited, but it does mean that they must be organized in a more just, transparent and democratic way.

The UK’s decision has encouraged discussion of democracy and voting habits. It has also sparked a number of other debates: the future of Scotland, for example. There is now a widely held opinion that a second Scottish independence referendum will be held soon, and this time the supporters of a free Scotland will win. Scotland will then apply for EU membership. If this happens, will the Scots be seen as a secessionist ethnic group or will this be considered the use of the right to self-determination by a distinct nation?

The UK’s decision has encouraged discussion of democracy and voting habits. It has also sparked a number of other debates: the future of Scotland, for example.

Do people have the right to create their own independent state or can this only happen when great powers make the decision? In Scotland’s case, it is not the Scots but the English, by their decision to leave the EU, who have provoked the secession. This begs the question of whether the same scenario is possible in Spain or Italy.

In the past, many wars have been caused by this kind of secessionist desire. What is new is that today’s secessionists want to leave the states they are attached to in order to join a multi-state integration movement, namely the EU.

We do not know yet if Scotland will be able to declare independence and join the EU, but, if that happens, it could pave the way for the resolution of the Cyprus question. Can the EU act differently when divergent peoples ask for the same dispensation?

There is another problem: let us imagine that the UK has indeed been dismembered and Scotland has become independent. The UN is the main mechanism that can validate such a situation, but the UK is a permanent member of the Security Council. What if the UK uses its veto right to block Scotland’s wish to join international bodies, and what if, despite that, Scotland asks to be incorporated into the EU? In this case, and if the EU accepts Scotland’s membership, what can one say? That the EU has encouraged the falling apart of the UK? Or that the EU has protected the rights of a sovereign nation against the egoistic will of the UK ?

Since the foundation of the EU, one of the main debates has been about the level of integration: whether the EU will become a rigid bloc or a loose association of states. France and Germany have always defended the first view, while the UK has insisted on the second. As of today, some say that Brexit is the result of the EU’s inability to establish a tight union thus far, while others say that the EU is more than tight enough already, which is exactly what has pushed Britain to leave the union.

Since the foundation of the EU, one of the main debates has been about the level of integration: whether the EU will become a rigid bloc or a loose association of states.

Perhaps the problem is not about the tight or loose character of the union, but where and how decisions are taken. Immediately before and after the referendum, the term “EU” was searched on the internet massively by people in the UK. In other words, people who actually live under EU regulation are unaware of what the EU is, or they have forgotten its definition. EU mechanisms profess to act on behalf of the people, but it has gone unnoticed that the people feel that the EU institutions do not represent them. For most people, the EU is only what their politicians tell them.

England is the motherland of modern parliamentarian democracy. The EU has always said that it cherishes democracy, but, over time, the EU institutions have become unable to make people feel that they are represented in Brussels; this is why the English people have reacted. It is known that the EU insists that its members have impeccable democracy; but the EU mechanisms themselves have lost their democratic character. One of the reasons for this is that it is not the people who make the final decisions, it is the states. This is why, even if a state is democratic within its country, when it comes to the international scene, states act as realistic actors and their priority is only their national interest.

The problem is that the EU member countries do not have the same powerful economy, so, in the end, it is Germany that has become the major decision maker.

Another aspect of the debate is the market economy. The theory is that a liberal democracy cannot be imagined without a liberal economy. The EU has definitely adopted liberal economic rules and it has reduced states’ role over economic processes. But it has simply replaced those states with Brussels. Singular states have, indeed, small influence over the economy, but the EU is now the main regulatory actor. The problem is that the EU member countries do not have the same powerful economic situation, so, in the end, it is the country with the biggest economy that has become the major decision maker, and it is obvious that this player is Germany. Under these circumstances, it is difficult to talk about a real liberal economy. In fact, the EU is quite liberal within the Union, but extremely protective against the outside world. There are now agreements to weaken these protective walls, but these are being negotiated by states and put into practice by firms.

This is why big companies are, in fact, the real pivot of the EU’s economy, which creates distortion effects for diverse income segments and business sectors. Sometimes, states try to correct this situation, such as in France with the disputed law on working life; but this pushes angry people into the streets.

Democracy in the Context of Euroscepticism and Xenophobia

The UK example has shown us that those who do not want to remain within the EU are those who dislike other people, which is why all nationalist and racist parties in France, the Netherlands, Italy and Austria have applauded the Brexit result.

It is sad to think that the EU was once created so that nationalism and racism would be eradicated. It appears that a moment came when people began to question the purpose of the EU.

It is sad to think that the EU was once created so that nationalism and racism would be eradicated. It appears that a moment came when people began to question the purpose of the EU, and they asked themselves “who are we?” Moreover, they have begun to believe that values such as democracy, human rights and fundamental freedoms are solid enough and do not require the EU’s protection.

When a group of people begin to call themselves “we”, they can no longer claim  to cherish European or universal values, because, if there is a “we”, there is certainly an “other” somewhere.

Brexit is not only about how many members the EU will retain or what can be expected in Britain’s future. It is about the big debate on democracy.

The “others” for the EU are Turkey, the Syrian refugees, Middle Eastern people or Muslims in general. A clear distinction has sometimes been made between European Muslims and Middle Eastern Muslims, such as with the building of a wall on the Greek-Bulgarian border. These walls are not only at the borders, but also in the mind. The “others” have also sparked fears.

Europeans are not only afraid of non-European people but also of those European citizens of Middle Eastern origin. The fear has turned easily into a discrimination.

Conservative English people have said “no” to the EU, believing that European institutions will bring many more foreigners to their country. Many more European countries may say the same. They consider democracy to be the right to not live with foreigner neighbors or to not see foreigners in daily life. Britain has caused this debate to grow stronger; after all, it is the motherland of parliamentarian democracy.

Brexit is not only about how many members the EU will retain or what can be expected in Britain’s future. It is about the big debate on democracy. It is a turning point for Europe and for the entire world.