A declaration signed by religious minority leaders in Turkey highlighted that recently political statements and news pervading public domain baselessly claimed that individuals of different religious affiliations and faiths were being restricted in their freedom to practice their respective religions in Turkey. 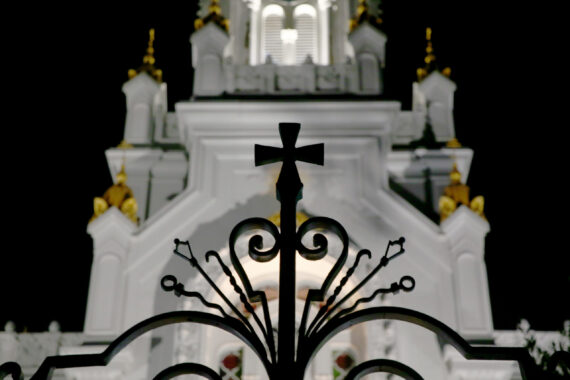 Representatives of minority religious groups convened to collectively refute allegations that religious minorities are pressured in Turkey via a joint declaration.

The declaration came after the recent proliferation in unfounded claims of violation of religious minorities’ rights in Turkey. U.S. department of State’s recently published International Religious Freedom Report for 2017 adopted a rhetoric that starkly misrepresents the reality on the ground, sketching a gloomy façade for Turkey’s religious minorities, asserting that “religious minorities have limited rights and struggle to be exempt from obligatory religious classes, face problems in establishing places of worship” amid many other unsubstantiated claims. When taking into consideration that Pastor Brunson was first detained in October of 2016, the timeliness of this report, published a few months later, is self-evident.

The signatories of the joint declaration include many key religious leaders in Turkey such as: the Greek Orthodox Patriarch Bartholomew I, Deputy Armenian Patriarch Aram Atesyan and Chief Rabbi Rav Isak Halevait, Patriarchal Vicar of the Syriac Orthodox Church Mor Filiksinos Yusuf among many other important religious leaders and representatives.

The declaration highlighted that recently political statements and news pervading public domain baselessly claimed that individuals of different religious affiliations and faiths were being restricted in their freedom to practice their respective religions in Turkey. In the retaliatory statement the allegations were refuted as follows:

“As the centuries-long localized religious representatives and administrators of various religious foundations and places of worship, we are able to exercise our religions in liberty and perform our worship in accord with our traditions. The claims and implications that there are any pressures or restrictions are completely baseless, unfounded and digress from their aim.

Many of the troubles and inconveniences of the past have been resolved with time. We are in continuous consultations with government institutions in an atmosphere of mutual goodwill and solution-oriented will regarding matters that we would like improvements on. With the assumed responsibility and awareness of duly and rightfully informing public opinion, we thus present this joint statement”

Turkey has persistently shown, throughout its long history, that it is an epitome of religious freedom with a church placed in the court of Topkapi Palace during Ottoman reign, with three churches and a synagogue in comparison to one mosque (the second of which is only yet being built to meet increasing demands of Muslim majority tourists) at the busiest Turkish avenue, Istiklal Street, Turkey continues to be a prime example of religious freedoms and proactively seeks for the same respect from transgressors worldwide on every platform that it deems relevant.

Misusing religious motivations for terrorism causes, on the other hand, as is the case with Fetullah Gulen, head of FETO who masterminded the July 15 coup attempt currently residing merrily under the patronage and state protection of the US, or Pastor Brunson who is charged with espionage and aiding two of Turkey’s blacklisted terrorist organizations: FETO and PKK, is not acceptable not only by Turkey’s standards but by the moral code of ethics which every sincere religious leader knows the due requirements and entailments of.