Call For an Uprising Against German Defense Minister?

The statements made by alleged “moderate” AfD members could be taken as a notice as to how a potential future government constellation with the AfD will end. 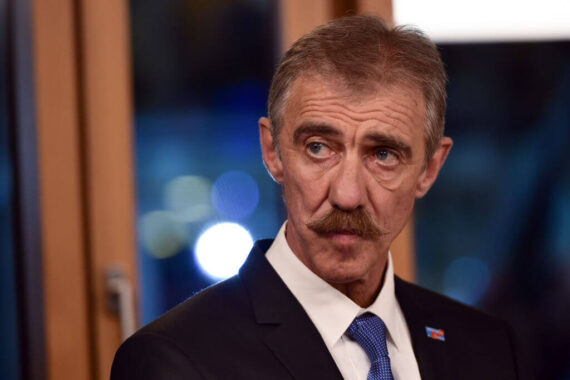 Last week, Germany’s main conservative party, the Christian Democrats (CDU), surprisingly achieved some important success in certain areas of political significance. On the one hand, former defense minister and a close ally of Angela Merkel, Ursula von der Leyen (CDU), was elected as the new European Commission President. On the other hand, the CDU’s chairperson and another close ally of Merkel, Annegret Kramp-Karrenbauer (AKK), was appointed as the new defense minister in Merkel’s current coalition government, succeeding von der Leyen.

Merkel has made some tactical moves. Although these moves were not aggressive in nature, they do eventually promise success. Merkel is ambitiously preparing the CDU for the post-2021 era, when she will ultimately quit active politics, as she had already declared at the beginning of this year. Besides her moves of domestic political significance, Merkel also supported a very well-known name on the EU platform- that is to say, von der Leyen- in order to become the European Commission President for the next five years. A real success.

Of course, there has been heavy criticism with regard to both Ursula von der Leyen- even from the coalition partner, the Social Democrats- and also regarding AKK as the country’s new defense minister. The liberal FDP criticized AKK on the basis that she had recently declared she will not join Merkel’s cabinet and only focus on her task as party chairperson. However, according to FDP’s defense expert, Marie-Agnes Strack-Zimmermann, AKK undermined her credibility by doing the exact opposite. Some voices also casted doubt on AKK’s expertise and experience as a minister of defense and in the specific field in general, while some academics and military officers addressed the issue with a rather critical perspective.

These critical voices may be taken into consideration while Germany’s military is also being criticized domestically and abroad for its lack of capacity, which became public during the last years under Ursula von der Leyen.

The main controversial statement however came from the far-right and populist AfD. The AfD’s parliamentary group leader in the German state of Rhineland-Palatinate (Rheinland-Pfalz), Uwe Junge, who was a former officer in the German military until he quit his job in 2016 for a career in politics stated, “If this (AKK) is the best personality of our old parties with regard to one of the most important offices of our #nation, this says a lot about the state of our country! When will it come finally to the uprising of the #generals?” (“Wenn das die beste Personalie der alten Parteien für eines der wichtigsten Ämter unserer #Nation ist, sagt das viel über den Zustand unseres Landes aus! Wann kommt endlich der Aufstand der #Generale?”)

As expected, Junge’s statements received harsh criticism from some circles that perceived it as a call for a military coup. According to Junge, though, the German word “Aufstand” cannot be counted as a call for a coup against the defense minister. Nevertheless, one has to clarify some basic points before elaborating such difficult statements, which is not something that occurs often in German politics – at least since 1945.

Interestingly, last week, I addressed in this column whether another military coup could occur in Turkey while analyzing the recently July 15, 2016, coup attempt. However, it seems that a potential putschist mentality or mentalities that ignore the democratic civilian control of the military may occur anywhere in the world, no matter what degree of democratization the country has achieved.

Regarding Junge’s statement one should also mention that he was a military officer (lieutenant colonel) of the so called PsyOps (psychological operations/Zentrum Operative Kommunikation der Bundeswehr).

How can one elaborate on these –not entirely representative of the AfD- but very controversial statements with regard to civil-military relations, which are believed to be on a very democratic standard in Germany? It would be, no doubt, a mistake to take a single statement of an AfD member and accuse it of being representative of the whole party, even if the party is located on the far-right. However, the continuation of the party’s (in general) controversial, racist and deliberately manipulative statements with double-meanings contributes to the image of how a potential AfD government in the future could look like. This and several other controversial statements and even scandals illustrate what kind of democracy understanding is currently present among AfD members and what it might evolve into in the future.

It is not legitimate to call any members of the military for an uprising or rebellion against the country’s legitimately appointed defense minister. If this basic point is not accepted by any politician, then something is definitely wrong. By this, I do not mean any concrete factual statements, legal recommendations or reports by army members about certain fields that concentrate on their expertise and where of course a minister’s expertise may lack. The call for an uprising (Aufstand) is, however, an expression with an absolutely extreme controversial content. Whether the Chancellor’s decision is wrong or right, this does not give current or former military personnel the right to react in this way against the democratically elected and legitimate Chancellor’s mandate.

Nevertheless, the statements made by alleged “moderate” AfD members could be taken as a notice as to how a potential future government constellation with the AfD will end.