Can NATO Still Fulfill Its Purpose After 70 Years?

As NATO leaders gather in London, this Summit will raise difficult questions about the future of the organization and the capacity of members to cooperate on issues. 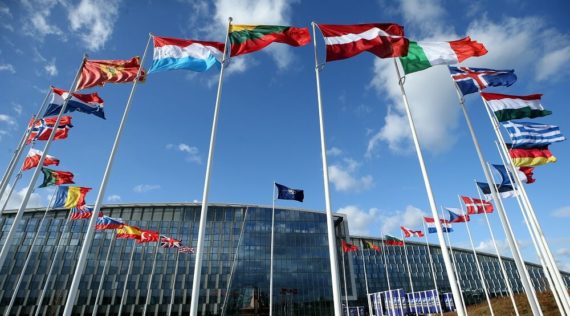 As the NATO summit celebrates the organization’s 70th anniversary this week in London, this summit will not only discuss ongoing security issues, but unlike previous meetings will also include a more in-depth discussion on the future of NATO itself. Since French President Emmanuel Macron recently stated that NATO was  “brain dead” in his criticisms of Turkey’s actions in Syria, and far from meeting the security needs of member states, there have been increasing discussions on what should be the focus of NATO into the future.

Indeed, Macron’s statement is crucial to understand NATO’s position in the world. Since it was established during the Cold War era in response to the threat posed by the Soviet Union, its function since the end of this era has always been controversial. Although member states have had changing security concerns in the post-Cold War era, NATO has generally functioned well to overcome these security threats. However, disputes among the member states on the future role and function of NATO has been increasing in recent years.

One of the main reasons for this dispute is the rising tensions between the US and European countries over NATO’s short and long-term strategy. The US has criticized the contribution of European member states to NATO and has argued that the US does not get value in return. For instance, one of the prominent issues of disagreement is the disproportionate defense expenditure of NATO members. President Trump in particular has been highly vocal in his criticisms of European countries who did not meet their pledge to increase expenditure on defense spending to 2% of GDP. However, in a gesture of reconciliation before the summit, NATO Secretary General Jens Stoltenberg announced widespread defense spending increases across NATO, also highlighting that nine allies will meet the 2% target this year, an increase from three allies a few years ago.

Alongside this issue of expenditure, NATO indeed has more serious problems which may shape the future of the organization. These include relations of NATO members with Russia, terrorism threats, the intractable Syrian conflict, and the refugee crisis. Resolution of these issues will not be straight forward as many members hold differing positions on these issues. A situation which may continue to be a source of tension between member states into the future.

The latest example of this conflict was seen in the case of the defense plan for the Baltics. Turkey refused to sign the plan. This dispute is also related to the ongoing disagreements between the member states. During Turkey’s military operation in Northern Syria, Turkey could not get the support of NATO member states as it wanted. Because of this reason, Turkey blocked the recent plan to protest the double standards by NATO allies who clearly support the security of the Baltic countries and Poland but not Turkey.