Can the “TAMAM” Campaign End the Opposition’s Underdog Position?

In all these years as the AK Party has pursued society’s demands for ending the domination of the bureaucratic elites and the international forces, the opposition has taken a stance against this fundamental demand of Turkish society. 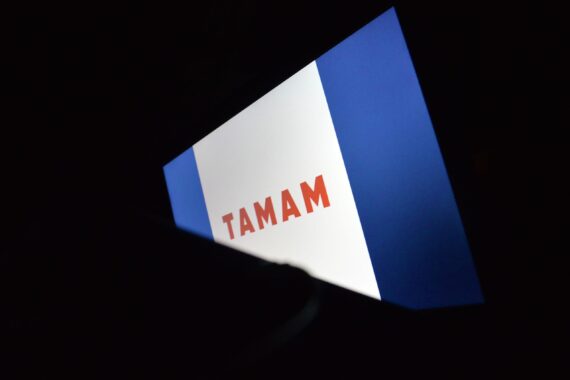 The opposition in Turkey have tried to maintain a 'TAMAM' discourse over social media. In response, AK Party supporters utilized the term 'DEVAM,' meaning "carry on." Although reaching over half a million tweets, Twitter removed the 'DEVAM' tag from its trending list. Image source: Getty Images

Turkish President Recep Tayyip Erdogan recently made a statement that “if my people say ‘enough’ I am ready to step down.” Even though this statement is a sign of self-confidence in the run-up to the 24 June elections and commitment to democratic norms, the opposition in Turkey has taken it as a platform to give a content to its own election campaign, whose sole argument is to get rid of Erdogan. The source of excitement in the opposition is the chance to get the psychological upper hand after a long time has finally appeared.

Indeed, the opposition has long felt psychologically weak against the “People Alliance,” formed by the AK Party, the MHP and the BBP for its lack of presenting itself to the public as an alternative force for ruling the country. This political inferiority has evolved into a grave psychological weakness for the part of the opposition.

This political and psychological underdog position of the opposition has deeper reasons that are rooted in its sociological shortcomings. This sociological weakness has two dimensions. First of all, for a political force to win an election and to get the power position requires producing the largest power bloc by bringing as much societal demands as possible together. This collection of dispersed societal demands should produce a proper political project, a political unity that can attract and bring as many followers as possible in society. This is what the opposition has failed to achieve for a 15-year plus period against AK Party rule. The opposition has attempted to forge the largest power bloc by using every means, yet society has consistently showed that it finds those attempts unconvincing.

This leads to the second dimension of the sociological weakness of the opposition, which stems from its misreading of or taking a false position vis-a-vis the main political process in the country. Turkish society basically demands from all political actors to lead the struggle to end the domination of the bureaucratic oligarchy and the international forces. The opposition has failed to address this fundamental reality of Turkish political life. Even worse, it stands against and tend to stifle society’s demand of non-domination.

In the early years of AK Party rule, the opposition tended to deny this basic societal demand of non-domination by portraying it as a search for a religious state. This was accompanied by the claims that the AK Party works for an international conspiracy or aims at bringing the country into pieces in the context of the so-called “Great Middle Eastern Project.” After 2012, the opposition left aside its secularist-nationalist discourse and embraced a liberal-democratic discourse with a tint of secularism. So that, it started to assert that the AK Party desires to create a dictatorship in the country and works in tandem with terrorist groups such as Daesh in order to achieve this political end. Lately, the opposition has switched its discourse from liberal-democracy to republicanism. Accordingly, it has begun to contend that the AK Party seeks a regime change, which is simply replacing the republic with monarchy or one-man rule.