Turkey’s relations with the US are expected to stay fragile due to Washington’s insistence on supporting the PKK in Syria. With the EU, Germany will be the determining factor but stagnant relations seem likely to continue until Germany’s federal parliamentary elections. Among these three actors, Russia seems to be the most viable option for a positive structural change in the short run. 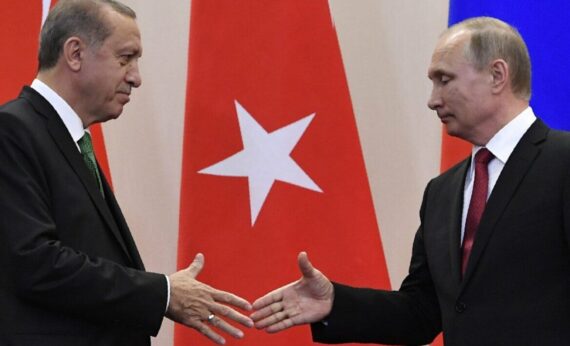 May 2017 has been a historic month for Turkish diplomacy. President Erdoğan had one-on-one meetings with leaders of prominent countries including the US, Russia, China and India. The importance of the month for Turkish foreign policy is due to the number, diversity and timing of meetings, rather than their content. These meetings may have the potential to shape the future of Turkish foreign policy, which has been stuck in a defensive mode since 2014 due to the Syrian Civil War and domestic political issues, and now is expected to take a new direction. Turkey’s active involvement in the Qatar crisis is also an important sign of returning to pro-active diplomacy and mediation efforts.

These proactive steps taken to shape Turkey’s foreign policy vision and its framework were not indicative of a clear strategic disposition, but were tactical attempts to widen Turkey’s shrinking economic and strategic field. For these steps to acquire a strategic quality, Turkey has to make an agreement with at least Russia, the US or the EU, which Turkey has fluctuating relations with.

Turkey’s relations with the US are expected to stay fragile due to Washington’s insistence on supporting the PKK in Syria. With the EU, Germany will be the determining factor but stagnant relations seem likely to continue until Germany’s federal parliamentary elections. Among these three actors, Russia seems to be the most viable option for a positive structural change in the short run.

Whether to cooperate with Russia in strategic terms is a vital question for Turkey. This cooperation has the potential to directly affect Turkey’s relations with the EU and the US. However, contrary to economic relations, Russia seems to be refraining from negotiations with Turkey at an equal level, along with binding diplomatic actions. Ankara’s negotiation with Moscow to buy the S-400 air missile defense system is an important move that has strategic value, but any strategic effort with Russia has the potential to be overshadowed by friction between the two countries when it comes to Syria.

The most prominent diplomatic meetings in May were the ones with the leaders of the US and Russia. The main focus of both the meetings was to manage the effects of the Syrian Civil War on Turkey and limit the support being given to the PYD/YPG. The crisis which emerged with the downing of the Russian SU-24 aircraft by the Turkish Armed Forces in November 2015 ended with Erdoğan and Putin’s meeting in Sochi in May 2016. While the normalization process between the two countries is often described as being complete, there are still disparities in bilateral relations.

Due to their diverging positions with the US and EU, Turkey was forced to take the path of least resistance during this process. Even though Turkey tried to use the relations with Russia as a counterbalance for the strained relations with the West, it could be said that it was not a complete success. Despite the warm messages from the Moscow, Russia has utilized Turkey’s isolation from the West for its own interests.

Breaking away from this strategic congestion difficult because without a significant detachment from the West, Turkey has little chance to develop a strategic relation with Russia. This kind of disengagement would leave Turkey more vulnerable and in a disadvantaged position as Turkey and Russia’s strategic vision on the Middle East, the Balkans and the Black Sea are mostly contradictory.

Russia would see Turkey’s disconnection from the West as a sign of weakness and a chance to impose its own will. It is also possible for Turkey to have worse tension with Russia than it does today with the EU and the US. Turkey seemingly will have a hard time in overcoming this paradox in the short term. Conducting meticulous diplomacy that does not antagonize any of these actors should be Turkey’s priority.

Despite the disparities on Syria’s future, Turkey and Russia establishing a joint political platform during the Astana Summit is a positive development. Even though Russia takes Turkey’s concerns about the PYD into consideration, it has also kept the possibility for cooperation with the Syrian Kurds on the table. Russia is simultaneously attempting to keep relations with Turkey at a certain level and not letting the US have all the influence over the PYD. For Russia, a partial agreement with Turkey on Syria means counterbalancing Iran’s influence in Syria. Restraining Iran would also prove useful for the regime.

Meanwhile, Turkey having various operations in Syria, such as the Operation Euphrates Shield, which aimed to establish a presence on the field, serves as a potential risk to the relations with Russia. A closer look at this complex web of relations reveals that all actors are trying to counterbalance each other, especially in the context of Syria. Turkey, due to its strained relations with the US and EU, is at a disadvantaged in this game.

Search for Balance in Trade

In terms of trade, limitations on Turkish agricultural exports to Russia were largely removed and a partial agreement reached between Turkey and Russia. Meanwhile, Russia continues to enforce limitations on tomatoes, which are an important agricultural export item for Turkey. After the meeting between the Turkish and Russian leaders, Turkish tourism business leaders were relieved and entered the new tourism season with more hope. The issues in fields where mutual interest is at hand were resolved quickly and the two sides cooperate in many cases; however, it is not possible to talk about similar progress or agreement in strategic issues.

Turkey’s economy is dependent on the EU, whose member countries account for Turkey’s largest foreign trade volume. While Indian, Chinese and especially the Gulf markets have gained prominence for Turkey, the volume of Turkey’s exports to these countries is still below a level that could compete with trade with the EU. Chinese and Indian markets do not offer a rich potential that could lead to the creation of substantial employment in Turkey in the short and midterm. In terms of exports, Turkey has yet to find alternative markets that can compensate if there are any hiccups with the EU market. Turkey’s fragility in its European relations lies in trade, rather than security and diplomacy. Turkey’s alternatives to the European markets are much more limited than Europe’s. Creating market options besides the European one has become a strategic aspect for Turkey.

A game-changing strategic agreement in terms of economy, security and foreign policy seems impossible for Turkey in the short term. Turkey and Russia’s joint initiative on the de-confliction zones in Syria is an important venue for strategic cooperation. Most pressing issue for the Kremlin is, however, the choice between tactical ally in Syria, the PYD, and a possible strategic partnership with Turkey. Turkey’s most essential dilemma, on the other hand, is to try to achieve a strategic alliance either with the US or with Russia, while keeping which one would be the right choice in mind, to overcome the impasse in foreign policy and security aspects that were caused by the Syrian Civil War. The disagreement of the said two powers causes the elongation of the Syrian war. On the other hand, an agreement between them could leave Turkey out of the loop.