Saudi Arabia’s harsh responses during the crisis with Qatar and Canada is an important indicator of how aggressive Mohammad bin Selman, the de facto leader of Saudi Arabia, could be in his foreign policy. 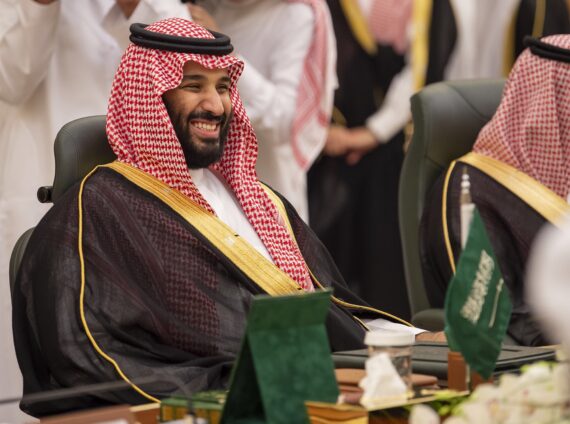 Canada is known with its calm and peaceful diplomatic relations in both regional and international politics. However, the country has recently been going through a diplomatic spat with Saudi Arabia. The crisis began with Canadian Foreign Minister Chrystia Freeland’s tweet in which she called for the “immediate release of human rights activists” who have been detained by the Saudi authorities. The Canadian minister particularly named recently arrested activist, Samar Badawi, sister of Raif Badawi who has been serving a 10-year prison sentence since 2013.

The tweet sparked heavy criticism by the Saudi administration, which argued that Canada was intervening in Saudi Arabia’s domestic affairs, therefore, harming its sovereignty. Particularly disturbing for the Saudi leadership was the wording of the tweet, which was interpreted as an order. Saudis were quick to react. Riyadh made an immediate call to withdraw its ambassador from Canada and further announced top diplomatic Canadian envoy in Saudi Arabia as persona non grata.

In the following period, the Saudi administration further toughened its position and cut its commercial, social and cultural ties with Canada. In this context, Riyadh announced that it has decided to freeze all commercial relations and investments with Canada. The Saudi administration also decided to cancel scholarships of around 15,000 students studying at universities throughout Canada and relocate them in other countries. Another move by the Riyadh administration is the suspension of Saudi Arabia’s state airline flights to and from Toronto from August 13. In a final move, the Riyadh administration decided to transfer Saudi patients who are receiving medical treatment in Canada, to hospitals in other countries.

The crisis quickly attracted international interest. The striking point with the way Saudi Arabia handled the crisis was the disproportionality of its steps. In normal circumstances, the decision to announce a country’s ambassador as persona non grata is the strongest level of diplomatic response in traditional diplomatic relations. However, in the case of Saudi Arabia and Canada, the Riyadh administration took its disproportionate reaction to extreme levels that aim to harm economic, social and cultural relations between the two countries.

When looking carefully, Saudi Arabia’s decision against Canada is a reminder of the Riyadh administration’s approach in 2017 during the Qatar crisis. During that crisis, Saudi Arabia closed its land border with Qatar and prevented any humanitarian activity. What was surprising for the international community was Riyadh’s decision to also ban camels from crossing from the Saudi side of the border to the Qatari side. Saudi Arabia’s exaggerated response has even continued to this year, as the Saudi administration announced its plans to build a channel at the border with Qatar in the hope of turning the tiny Gulf nation into an island by cutting off its land connection.

Saudi Arabia’s harsh responses during the crisis with Qatar and Canada is an important indicator of how aggressive Mohammad bin Selman, the de facto leader of Saudi Arabia, could be in his foreign policy. It can also be observed that Saudi foreign policy under the control of bin Salman can abandon traditional forms of diplomatic relations and apply disproportionate reactions, causing unexpected results.

A final dimension of the crisis is related to the neighboring countries of Saudi Arabia. It can be observed that Saudi Arabia’s foreign policy approach is not welcome by its Gulf neighbors. Kuwait and Oman announced that they call both sides to refrain from further escalating the crisis; Qatar strongly disagrees with Riyadh’s actions on Canada. The United Arab Emirates and Bahrain, however, show full confidence in Saudi Arabia and announced their support to the Riyadh administration in its policy toward Canada.

Despite the aggressive reaction of Saudi Arabia, the Canadian government has been trying to overcome the crisis by seeking help from its allies, such as the U.K. and the UAE. On the other hand, Ottawa also seems to be defiant as the government has reiterated Canada’s firm stance on supporting human rights activists worldwide. With multi-billion contracts with Saudi Arabia at stake, Canada still hopes that the crisis will soon be over. However, it can be observed that the attitude of the Saudi administration in the coming period will determine the course of the crisis.