The canal project is an expression of the hostility from Saudi Arabia against Qatar. This is also observed from the comments from the Saudi officials. Saud Al-Qahtani, an advisor of Saudi Crown Prince, Muhammad bin Selman, congratulated the Saudi people for the "canal project, which will turn the “terrorist Qatari state” into an island." 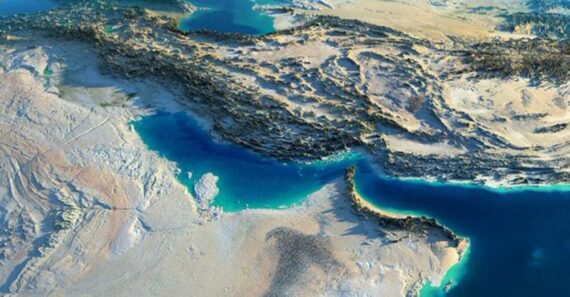 The Gulf crisis, which began in June 2017, is likely to have much deeper consequences in Middle East politics than it has originally anticipated. This is understood from the way blockading countries such as Saudi Arabia, the United Arab Emirates and Egypt have been developing their policies against Qatar. It is obvious that these countries do not have any intention to step back from their policies. One of the recent developments in this context is the canal project that Saudi Arabia is continuing along its land border with Qatar. Currently, bidders are filing their applications to participate at the construction of the canal. So far five international companies have applied to the project that will cost 750 million U.S. dollars.

The main aim of the Salwa Canal is to turn Qatar into an island state. The canal is planned to be 60 kilometres long and 200 meters wide and it will host a recycling centre where nuclear waste will be stored. The other side of the canal will be a one kilometre deep area of a no mans land and will be announced a permanent military zone by Saudi Arabia. The project will last one year and finally, Qatar will literally be transformed into an island state.

The canal project is an expression of the hostility from Saudi Arabia against Qatar. This is also observed from the comments from the Saudi officials. Saud Al-Qahtani, an advisor of Saudi Crown Prince, Muhammad bin Salman, congratulated the Saudi people for the “canal project, which will turn the “terrorist Qatari state” into an island.” Similar statements by the officials of the United Arab Emirates and Egypt indicate that the crisis will last much longer than expected.

It should be reminded that the move to force Qatar further into political isolation is a historical mistake that would have serious repercussions. The Middle East has already been struggling to cope with religious and ethnic crisis, is now witnessing a much serious divide between neighbors that have similar cultural, economic and religious identities. Creating new spheres of crisis would lead to increase divisions that will further damage regional harmony.

Political differences should never require a government to take such a radical decision to literally change the map of a region. Creating an invisible wall between two countries that historically has few differences is a serious mistake for the governments that is responsible for it. Such decisions will not contribute to solving the crisis but rather deepen the divisions. This stance of Saudi Arabia and other hostile countries will further unite Qatari people under the leadership of Emir Tamim bin Hamad Al-Thani. Additionally, the crisis will have serious consequences in terms of regional politics.

One of the consequences of the Gulf crisis is the loss of confidence among the countries of the region, particularly those that involved directly. The deterioration of the unity between the Gulf States, which, despite all their differences, has the ability to act together for many years, will have a discouraging effect on possible regional alliance initiatives in the Middle East.

On the other hand, efforts to isolate Qatar from regional alliances will cause boycotting countries to lose their credibility in the eyes of governments and peoples of the region. Future policies of these countries will not find popular support and they will have difficulties in forming new regional alliances because of their untrustworthiness.

Another consequence of the Gulf crisis would lead some countries in the region to move further away from the axis of Saudi Arabia and the United Arab Emirates. Countries such as Oman, Kuwait and Jordan have been having second thoughts about their relationships with the Gulf neighbors as they eye to have better relations with other regional powers such as Turkey and Iran.

Finally, Qatar has so far showed a successful resistance during the Gulf crisis. Doha’s power came from its legitimate position. It’s known that boycotting countries attack Qatar with false information and use manipulation as a tool for reaching their political goals. Qatar, on the other hand, fights back with solid arguments that are correct and legitimate. This has given Qatar an upper hand and led the international community to embrace Doha’s position.

Also Read
Gulf Regional Rift Mended but Will It Extend to Turkey?