Kadyrov called on Moscow to resort to nuclear weapons. 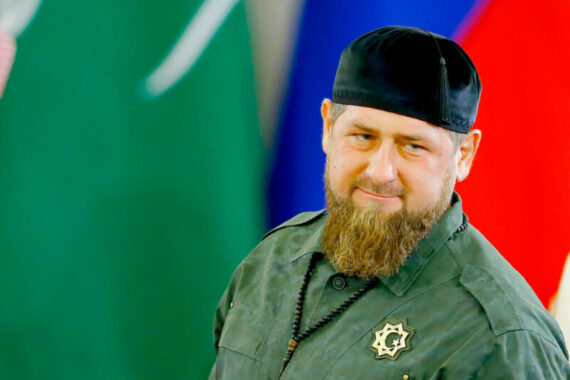 Ramzan Kadyrov, head of Russia's Chechen Republic, at a ceremony at the Moscow Kremlin. Photo by Anadolu Images

n October 3, Head of Chechen Republic Ramzan Kadyrov announced that his teenage sons will go to fight in Ukraine. He stated, “A minor age should not interfere with the training of the defenders of our Motherland. Akhmat, Eli and Adam are 16, 15 and 14 years old respectively. But their military training began a long time ago, almost from an early age. And I’m not joking… The time has come to show themselves in a real battle, and I only welcome their desire. Soon, they will go to the front line and will be on the most difficult sections of the line of contact.”

Kadyrov also posted a video of his sons on Telegram firing machine guns and missiles on a range.

Earlier, Kadyrov had strongly criticized commanders for Russia’s critical losses in Ukraine and called on Moscow to resort to nuclear weapons.

“Moscow should consider the use of low-intensity nuclear weapons in Ukraine given the recent setbacks it has suffered on the battlefield,” he stated on Telegram on October 1.

Read: Why Hypersonic Weapon Systems Are Critical for Russia

He also called on Russia to declare martial law in cities near the border with Ukraine. The Kremlin dismissed his comments about using nuclear weapons the following day.

Kadyrov accused Colonel-General Alexandr Lapin of not providing enough equipment to defend the city of Lyman. He also criticized the colonel-general’s decision to move his headquarters to Starobilsk implying it was too far away from his troops.

“If it were up to me, I would demote Lapin to a private, strip him of his medals and send him to the front with a machine gun in his hand to wipe his shame with blood,” he said.

While the Russian Ministry of Defence stated on the same day that the 5,000 troops withdrew from the city to avoid encirclement, Kadyrov accused the ministry of nepotism and expressed his support to escalate the conflict.

Kadyrov is a strong ally of Russian President Vladimir Putin and vocal supporter of the invasion in Ukraine. He was put in control of Chechnya by Putin in 2007.

Since the invasion began, the Chechen leader has consistently called on Russia’s Defence Ministry to send additional forces to Ukraine and has rallied men in Chechnya to volunteer to fight in Ukraine.

Kadyrov has provided 10,000 fighters to aid Russia. As the Russian forces suffer losses on the ground in Ukraine, tension spreads amongst Russia’s allies and ranks.