While Saudis generally perceive Islamists as a threat in general, the Sahwa scholars are considered as an existential threat. The regime wants to deter society and intends to do this by executing them in order to install an empire of horror. 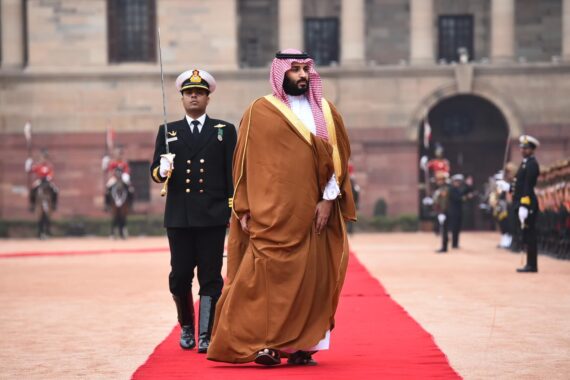 Saudi Arabia has become a frequently mentioned actor in the international media. The King, “the Custodian of the Two Holy Mosques,” and his troublesome son Crown Prince Mohammed bin Salman (MbS) are accused of being involved in many international criminal activities, including the civil war in Yemen and the Khashoggi murder. In 2015, just after becoming defense minister, MbS led many transformational endeavours, both in foreign and domestic policies. Since the infamous Ritz-Carlton hotel imprisonment of many royals, MbS is now trying to pave his way to the throne and is ready for executing a number of Sahwa leaders in the upcoming days.

A decades long history reveals that there is no room for political Islam or any form of it in Saudi Arabia. Further, Riyadh does not want to see any Islamist leader in power across the region. This is because it directly poses an existential threat to the al-Saud family – the ruling elite. Therefore, it is the al-Saud’s strategy to eliminate significant Islamist opposition. The preachers of Sahwa are among those Islamists. They strongly opposed the government during the 1990s, saying that the settling of U.S. troops in Saudi Arabia is against Islam. They took their position and began an awareness campaign in society, revolving around the idea that the al-Saud regime has lost its credibility and that they have become servants of Western powers, especially of the U.S.

Since the infamous Ritz-Carlton hotel imprisonment of many royals, Crown Prince Mohammed bin Salman is now ready for executing a number of Sahwa leaders in the upcoming days.

During these years, the threat coming from Saddam to the Gulf monarchs was at its peak. To balance this threat, the Saudis invited the U.S. army to deter Saddam. The sheiks of Sahwa, especially al-Hawali and al-Awdah criticized the regime during their preaching. In May 1991, 52 scholars signed a declaratory Letter of Recommendation that was presented to King Fahd, urging him to revise his policies. However, the al-Saud family perceived this as a threat from the Sahwa movement. As the name implies, Sahwa means the “awakening” of society. Therefore, Al-Awdah was sentenced to imprisonment in 1994. After receiving the attention of the opposition, he was released in 1999 on the basis that he remained “moderate.”

Two days before his brutal murder, Jamal Khashoggi warned that al-Awdah will be executed for being moderated. According to UN experts, al-Awdah is considered to be a reformist, and that MbS also sees him as a threat. Therefore, 37 separate accusations were filled against Al-Awdah. Among these accusations include leading a terrorist organization, opposing the blockade against Qatar, cooperating with the Muslim Brotherhood, rivaling the success of the government, being in contact with the royal family in Qatar, threatening national security, and provoking violence.

Sahwa: Synthesis of Ikhwan and Salafism

Sahwa is a mergence of Ikhwan, i.e. the Muslim Brotherhood and Salafism. The preachers, scholars and members of this movement are Salafi, but they are not from the traditional current that obeys the Saudi establishment. They differ from the traditional Salafist concept of Islam, which obeys the status quo government –whoever that may be. Therefore, Sahwa is an alternative that goes against the classic Wahhabi ulamas in Saudi Arabia, as they are considered to be Salafists but with Muslim Brotherhood ideas. The connection between the Sahwa and the Ikhwan can be traced back to the 1970s, when members of the Ikhwan, who were under pressure in Egypt and Syria, densely migrated to Saudi Arabia, bringing their ideas to the Kingdom.

Members of the Ikhwan settled in Saudi Arabia and managed to establish a university in which al-Awda and al-Havali were active members. During the reign of King Faisal, they had a chance to meet with several prominent educational institutions. Al-Hawali met with Mohammed Qutb, brother of a prominent Egyptian MB Sayyid Qutb and al-Awdah was educated by Mohammed Surur, who was a significant figure of Ikhwan in Syria. Al-Havali and al-Awdah were impressed by the Sahwa’s ideology.

The preachers, scholars and members of Sahwa movement are Salafi, but they are not from the traditional current that obeys the Saudi establishment.

The Sahva movement was significantly influenced by the Ikhwan political thinkers such as Muhammad Ahmad Al-Rashid, Muhammad Qutb, and Muhammad Surur. Standing against imperialism and having a plan to implement Sharia in the state system, Hassan al-Banna was an ideal for Sahwa’s proponents. In comparison with Ikhwan, Sahwa has no hierarchical organization with a certain structure, and is rather a loose system.

Another distinctive feature of Sahwa is that it has a different ideology from the modernist and liberal Islamists. They differ from liberal Islamist thinkers who are influenced by Western liberal philosophies and who believe that religion and politics must be separated from each other. According to them, the Islamic faith is applicable in all walks of individual and public life, including statecraft and public policy. The political factor is seen as an essential element of Sunni Islam from their point of view. Modernity and secularism are seen as two ideologies that contradict the Sunni Islamic understanding.

While Saudis generally perceive Islamists as a threat in general, the Sahwa scholars are considered as an existential threat.

Another factor that differentiates the Sahwa from other Islamic movements is that it does not urge for violence and revolution as a means to achieve its goal. Therefore, they also differ from jihadist groups that see violence as a legitimate tool in order to achieve religious goals. They believe that political reforms should not be implemented in Saudi Arabia through a revolution. Instead, the Sahwa urge for building a consensus among society for embracing reconciliation between scholars and the ruling elite, which will eventually bring political reform. Therefore, the sheiks of Sahwa are considered as prominent figures for all the Muslim world.

While Saudis generally perceive Islamists as a threat in general, the Sahwa scholars are considered as an existential threat. Therefore, the regime wants to deter society and intends to do this by executing them in order to install an empire of horror, imitating the Egyptian style of treating Islamists. In his quest for the throne, MbS needs to buy legitimacy from outside the kingdom. The traditional role of such leaders is to act as the “warrior against terrorism” and jump on the western ship. However, even if he succeeds in installing the empire of horror, or paving his way to the throne with the blood of Sahwa leaders, he still has to overcome a great obstacle within the royal family. Preventing a coalition between the regime and Islamists can effectively hinder his ascendance to the throne.