Cooperating with Assad Could Cost the YPG

Turkish authorities and Syrian rebels signaled that they will go for Manbij and it is not for sure if the Assad regime and Russia will risk an escalation with Turkey or if they would give up the YPG-control over Manbij like the US. 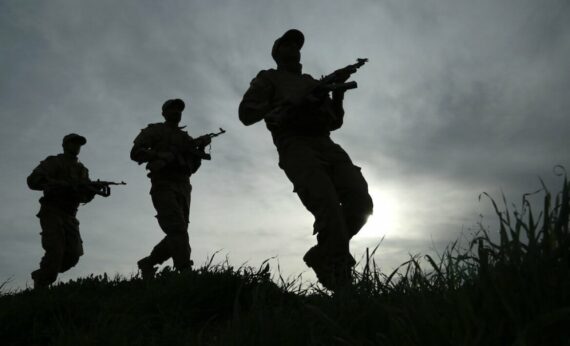 The recent decision by the Manbij Military Council to hand over territories in western Manbij to the Assad regime to prevent attacks from Turkish-backed Syrian rebel brigades will have its long-term effects on the YPG dominated Syrian Democratic Forces. In the eyes of Kurdish opposition groups, Syrian Arab allies of the YPG and the Arab population in Syria the credibility of the YPG dominated SDF will be questioned.

Syrian rebel forces captured the strategically important city of al-Bab from DAESH with the essential support of Turkish Armed Forces. After capturing the city, the regime and allied militias captured the town of Tadif and some other villages to the east. By doing so, the regime blocked further attacks by Syrian rebel forces against DAESH. After Turkey and Russia reached a ceasefire agreement between the Assad regime and the Syrian rebels, the focus of the Euphrates Shield Operation shifted towards the YPG controlled city of Manbij. Facing this threat, the YPG has taken huge steps to avoid any offensive towards Manbij.

Firstly the YPG tried to gain US-protection against any military attack on Manbij. They threatened that they would retreat from front lines in Raqqa against DAESH to defend Manbij against Euphrates Shield forces. Knowing the strategic importance of the city for the new US administration, they thought this would convince Washington to protect their presence in Manbij despite the US’s promise of a withdrawal of YPG forces from that city. These threats may have some effects on the US’s trust in the YPG, but their partnership stays strong.

For a long time it seems that the US would protect the YPG from any attacks by Euphrates Shield forces on Manbij. The US sent new batches of armored vehicles to the YPG-dominated Syrian Democratic Forces. It didn’t take long to see these new vehicles being used by YPG fighters. The military training of Manbij Military Council forces, which are also dominated by YPG fighters, also continued by the US. The CENTCOM Twitter account even cheered newly trained female fighters. YPG affiliated websites and sources started to publish visual confirmation of US troop’s presence in the area around Manbij. It seemed that the US would protect the YPG from any attack on Manbij despite its promise to Turkey, which designates the YPG as a terrorist organization because of its structural affinity with the internationally designated terrorist organization known as the PKK.

On 2 March 2017 the Military Council of Manbij published an official statement claiming they will hand areas west of Manbij over to the Assad regime and allied forces to prevent Turkish-backed rebel forces from taking the area, which means that the US’s ally on the ground is handing over territories to the Assad regime. This statement shows something important and will have many negative long-term effects for the YPG in Syria.

It firstly shows that the US didn’t agree to protect the YPG against Turkish-backed Syrian rebel forces. Despite a media campaign, which assumed US-protection for the YPG in Manbij, the Turkish and Syrian resolve to conquer Manbij prevented such protection for the YPG. US officials want to avoid an open escalation with its NATO ally, especially before the planned Raqqa operation. Therefore, the US will most likely pressure the YPG to withdraw and focus on Raqqa when the Manbij operation starts fully, to avoid a decrease in the fighting capability of the YPG and to secure the Raqqa operation.

The first soft attack of the Syrian rebels near Arima ended with the capture of three villages from the YPG. The videos of the battle clearly shows YPG fighters at the frontlines, showing that the area is dominated by the YPG as local sources claimed. The effectiveness of a possible Assad regime protection as border guards against Euphrates Shield forces is also very doubtful.

In addition, this might cause many problems for the YPG, and internal discussions are taking place over how they can hand over territories captured with the blood of their own fighters. The Kurdish National Council (ENKS) who are oppressed by the YPG started to question the goals of the YPG and how could they hand over areas to the Assad regime. The ENKS has traditionally strongly opposed the Assad regime, and they have good ties with mainstream Syrian rebels, the Turkish government and especially with the Barzani-government of the Kurdish autonomous region in northern Iraq.

In the same day of this statement, the Syrian Rojava Peshmarga that operates in Iraqi exile started an operation in the Sinjar Mountain to push the PKK and allied forces out of the area in cooperation with the Barzani-government and Turkey. The PKK refused to withdraw from the area. Supporters of the ENKS are questioning the reasons behind the YPG handover of territories to the Assad regime and not to the legitimate government of Kurdistan in Iraq. The YPG’s credibility among the Kurdish population will suffer with this agreement with the Assad regime. Tensions between the pro-Barzani and pro-PKK Kurds are rising. These tensions could also cross over to the Kurdish areas in Syria.

Hemin Hawrami , a senior adviser and assistant to President Barzani, and member of the KDP Leadership Council has officially asked the question of why the PKK handed over territories to the Assad regime, but not left Sinjar.

Another long-term effect for the YPG will be its relationship with Arab forces in the Syrian Democratic Forces who mainly oppose the Assad regime. The Arab allies of the YPG in the SDF will surely question the future of the organization and it will damage the credibility of the SDF. This action will be seen as proof of its collaborating with the regime.

The weakening of the alliance between the YPG and the Arab forces inside SDF could lead them to some kind of negotiations with Turkey and rebel forces who work with Turkey. Or at least, rebel forces who attack areas controlled by the SDF could argue that it would just be turned over to the regime later. Therefore, the SDF/YPG might have prevented an attack this time, but it has done more damage over the long run. The population in areas controlled by the YPG-dominated SDF could fear that their villages will be handed over to the regime in the future, so they could work with the Syrian rebels. In reality, this already happened in some areas which supposedly should be handed over to the Assad regime.

This latest action of the YPG dominated and controlled Manbij Military Council of the SDF will probably not prevent an attack on Manbij. Turkish authorities and Syrian rebels signaled that they will go for the city and it is not for sure if the Assad regime and Russia will risk an escalation with Turkey or if they would give up the YPG-control over Manbij like the US. But it is certain that the YPG lost credibility among the Kurdish population and its opponents in the ENKS. They have also lost credibility with their Arab allies in Syria.