One of the most fundamental things that the Turkish administration should be aware of is the fact that under the Trump administration no single strategic logic can run bilateral relations and other regional issues. For this reason, it would be more appropriate for Turkey to remind itself that the tensions in Turkey-U.S. relations are shaped by mutual foreign policy choices rather than a single actor-centered determination. 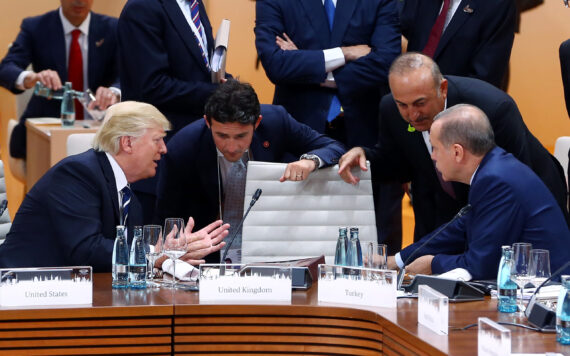 Relations between Turkey and the U.S. are underway fundamental challenges following the U.S. administration’s reaction to Pastor Andrew Brunson, who has been under house arrest since July 8. The tension reached peak due to the remarks made by Washington and Ankara regarding the freezing of two American officials’ assets – namely interior and justice ministers. However, given President Erdogan’s treatment of the issue, the continuation of diplomatic contact between the two countries at the highest level of crisis, and the preferences of President Trump, an expectation emerged that will help to overcome the Brunson crisis. It should be expected that the Brunson crisis will be overcome shortly. However, both sides have to intensify efforts in order to close down the deeply-rooted political rift in Turkey-U.S. relations.

One of the primary things that have to be accomplished shortly after the resolution of the tension is to redefine bilateral relations on a very realistic ground. For this reason, both sides need to communicate and understand the significant global, regional and domestic challenges that constrain relations. To do so, both sides should avoid conceptualizing bilateral ties within the framework of “strategic partnership,” “model partnership” and “alliance” – terms that have never entirely fulfilled the Turkish-American cooperation objectives. This, in turn, requires also the recalculation of the long-term strategic vision of Turkish foreign policy. It is important to note that Turkish-American relations are at the center of Turkish foreign policy if the existing foreign policy engagements of Turkey are taken into consideration, particularly in the Middle East region.

Managing the lack of trust in bilateral relations

The most important issue that both sides should bear in mind about damage assessment is the lack of trust in bilateral relations. The lack of trust between states is one of the oldest hidden rules of international relations. States usually do not trust each other. There is a simple explanation for that; a state can never be sure whether the intention of another state is good or not. It is possible to make a list of issues that fueled the lack of mutual trust between Turkey and the U.S. One of the most important reasons, and perhaps the most unlikely to be overcome soon is the role of the U.S. in the July 15 coup attempt. It is not possible to say that Turkish public opinion on this subject is very positive, given that Fetullah Gulen, the commander of the July 15 military coup, remains free in the U.S. and other members of FETO perceive the U.S. as a safe haven. The issue of lack of trust is not limited to this. With the support of the U.S., the PYD-YPG, the political and military branch of the PKK, enjoys its terrorist insurgency against Turkey. This further deepens the lack of trust between the two countries. Turkey strongly believes that providing more space to the PYD-YPG consolidates the PKK’s political and military power that ultimately undermine Turkey’s national security.

Harmonization of foreign and security policies

Even if the conjectural crises experienced in bilateral relations are to be overcome shortly, the harmonization of foreign and security policies, which is the primary driving factor of the lack of trust, is crucial for the re-positioning of Turkey-U.S. relations. However, the issues that the two countries have to deal with in the near future are very complex in nature. One of the first issues that both sides should think about is Turkey’s counter-terrorism strategy. Turkey does not embrace any foreign policy option that could threaten U.S national security and territorial integrity, unlike the U.S. administration. If Washington D.C. maintains its current strategy regarding PKK presence in northern Syria and does not prevent the PKK from threatening Turkey’s national security, the U.S. may face a stricter face of Turkish military activism in the region. Immediately after the Brunson crisis is overcome, both sides have to develop a more comprehensive strategy on how the Manbij model will be implemented towards the other regions in northern Syria. This strategy should not be handled separately from the general solution to the Syrian crisis.

Even if the PKK problem in Syria is overcome, it is unlikely that the two countries will share the same strategy on Israel after the Brunson crisis. A new political structure has emerged in Washington and the Middle East following the Trump administration’s Al-Quds decision. The Washington administration has an agenda that gives Israel a “blank check” on its policy towards Palestine. In the region, there is also a turning point in the policy of Arab states towards Palestine. Turkey is the only country in the region that has many objections against the policy of “abandoning Palestine.” Turkey’s Israel policy will be directly affected by its relations with the U.S.

After the Brunson crisis, the more difficult issue that the two countries are unlikely to overcome is Turkey’s desire to obtain an air defense system from Russia. Provided that the Turkish administration ultimately receives the S-400 systems at the end of 2019, the U.S. administration might impose a series of additional sanctions against Turkey. One of the first results of this purchase will be seen in Turkey-U.S. military relations. The U.S. considers removing Turkey from the F-35 program. Another short-term problem that can potentially disrupt bilateral relations is the Trump administration’s strategy towards Iran. Turkey believes that the new U.S. strategy on the Iranian nuclear program would destabilize the region and undermine Turkey’s trade relations with Iran. Turkey’s early reaction against the U.S. administration’s decision about imposing new sanctions against Tehran highlights that Turkey will not follow the U.S. strategy. Therefore, the U.S.-Iran conflict would bring more instability to the U.S.-Turkey relations.

As long as there is no structural change on the regional or global level, it is not true that Turkey-U.S. relations will collapse. In this transition period, it is necessary to contain the costs of damage for both sides. Therefore, in the post-Brunson Turkey-U.S. relations, both sides should carefully follow a damage control policy. One of the most fundamental things that the Turkish administration should be aware of is the fact that under the Trump administration no single strategic logic can run bilateral relations and other regional issues. For this reason, it would be more appropriate for Turkey to remind itself that the tensions in Turkey-U.S. relations are shaped by mutual foreign policy choices rather than a single actor-centered determination.