That the debate about Germany’s potential aim to have its own nuclear weapon coincides with the nationalist trend in the country’s political discourse also points out an interesting and deteriorating path. 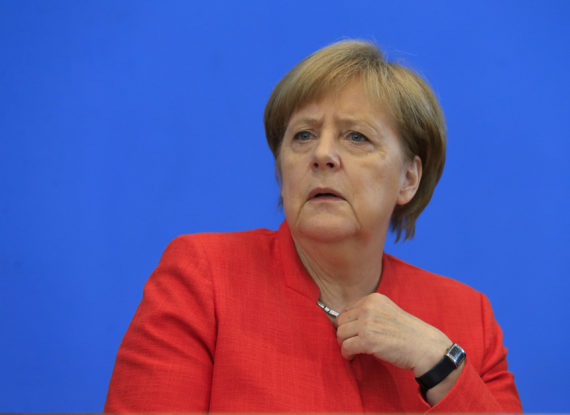 One of Germany’s largest Sunday newspapers, Welt am Sonntag, preferred a very controversial front-page headline on Sunday, July 29. With the question “Do We Need the Bomb?” it kick-started a topic which is actually on the agenda of the country’s strategic circles. The main argument in those circles, which are in favor of a rather independent foreign and security policy from its long-lasting transatlantic ally, the United States, addresses President Donald Trump’s aggressive rhetoric regarding Berlin’s foreign policy establishment and NATO in general. This perception argues that the American stance represents a shift in transatlantic relations. Thus, according to some respected voices who are close to the German government, new German nuclear options may be taken into consideration.

As the front page of the Welt newspaper reveals, the deliberately preferred language and the intimation in favor of a nuclear German military support this perception. With no surprise, there is no outrage in German media –despite some leftist voices who reject the nuclear option– or a reaction similar to the one in 2014, when the same newspaper published an article accusing Turkey. That time, Die Welt daily had claimed that Turkey is seeking to acquire enriched uranium and that Turks are working to build a nuclear weapon with instruction from President Erdogan.

Subsequent to this, Turkey denied the accusation by stressing that it doesn’t have the intention or technology, such as a nuclear research reactor or a uranium enrichment program, for the production of nuclear weapons. Furthermore, the Turkish government had stressed that the country attaches great importance to issues of arms control and disarmament by stating that the country is a party to all relevant international treaties and conventions including the Treaty on the Non-Proliferation of Nuclear Weapons (NPT).

Without going into detail of the Welt newspaper’s hypocritical attitude in regards to Turkey (2014) compared to Germany (recently, 2018), by taking a neutral or even supporting position with regard to the latter’s potential nuclear objectives, it has to be mentioned that it’s quite striking that some German media and academic circles have the intention to persuade the German public for the need of a potential “German nuclear weapon” – which is, according to the NPT, actually forbidden.

It’s known that the first German Chancellor following World War II, Christian Democrat (CDU) Konrad Adenauer, had made some efforts to make Germany a nuclear power (I>;II). However, he had not been successful due to the rejection by France’s Charles de Gaulle, who wanted –and was successful– to develop a French atomic bomb on its own. Following this period, Germany became part of the NPT in 1968 and started being protected under the so-called U.S.’ nuclear umbrella. It’s also known that in this context Germany even received American nuclear weapons on German soil.

However, some circles recently started a debate about whether Germany should be a nuclear power on its own. For instance, Professor Hacke emphasizes that “Germany, as a new democratic nuclear power, would strengthen the security of the West” by stating that “National defense on the basis of a nuclear deterrent must be given priority in light of new transatlantic uncertainties and potential confrontations.” He also adds that to count on a European solution to materialize is “illusory” due to the fact that “national interests are too different.” On the other hand, the former German ambassador to the U.S., Wolfgang Ischinger, stated in response to Hacke’s controversial article that “If Germany was to relinquish its status as a non-nuclear power, what would prevent Turkey or Poland, for example, from following suit?” Well, according to Ischinger’s statement, it seems that it would not be a problem if Germany would get the status as a nuclear power unless countries like Turkey or Poland would also prefer the same potential national path as Germany would.

That the debate about Germany’s potential aim to have its own nuclear weapon coincides with the nationalist trend in the country’s political discourse also points out an interesting and deteriorating path. At a time where the far-right AfD has become the second strongest party according to recent polls, both discussions about Germany’s potential nuclear ambitions and proposals by CDU circles to think about the re-establishment of the national military service/conscription, may underpin the already nationalist discourse and play into the hands of the AfD.

Nevertheless, it’s still a positive aspect that no political party –officially– advocates establishing a German nuclear weapon. Due to this fact, there are also no surveys concerning the German citizens’ actual positions with regard to “nationalizing Germany’s nuclear deterrence power.” However, on social media, some users stress the need to talk about at least other options other than being dependent on the U.S. And on the other hand, some people address the fact that even under President Trump, Germany will remain under the nuclear umbrella. Furthermore, the discussion is described as “needlessly alarmist” which underpins the fact that destroying the NPT would bring nothing. Interestingly, particularly non-Germans also stressed the potential danger in the long-run if Germany acquires an atomic bomb on its own.

What does the recent atomic bomb debate in Germany show us?

First, it’s very striking that some German media outlets and conservative –and nationalist– circles are biased to promote a German-made nuclear weapon. Although a study by the research department of the German parliament, Bundestag, stated that it would not be legally possible to build their own nuclear weapons, it also stressed that there wouldn’t be any legal obstacles to co-finance another country’s, for instance, France’s, nuclear weapons in exchange of their protection. But despite this legal-based and political discourse, it seems a bit hypocritical how some media and political circles address this issue while preferring completely different attitudes and –very aggressive– double standards regarding other country’s potential and less-likely preferences.

Second, some militarist circles in Germany –even outside the AfD– utilize President Trump’s so-called aggressive rhetoric and stance towards Germany in order to legitimize some disputed topics, which have been a taboo in German society. This striking bias will most likely include even other controversial issues in the near future.

Lastly, even though there is a lack of surveys concerning a national nuclear option for Germany’s military, one might guess that the majority of German society would continue to reject this kind of nuclear ambition. In addition, it’s obvious that similar to the rejection of increasing military spending, most Germans would stand against a German-made or funded nuclear weapon, too. But this does not change the fact that there are some circles in the direction of legitimizing this kind of a dangerous aspiration.