The post-coup environment will witness a process of purification whereby Gülenist elements embedded in the state bureaucracy, academia, business circles and the media will face legal investigations and prosecutions. This purification process is bound to exclude harmful elements from the state establishment and the private sector, thereby contributing to Turkey’s socio-economic dynamism in the coming years. 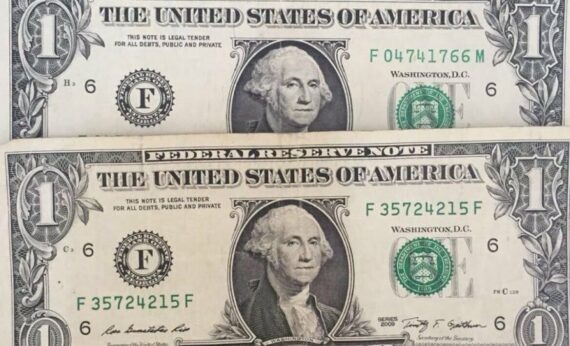 The long and painful night connecting July 15 to July 16 witnessed a series of extraordinary events that rattled Turkey’s democracy through an unorthodox military coup perpetrated by military officers associated with a terrorist organization secretly formed by messianic and secretive cleric Fethullah Gülen. Gülen has been operating across Turkey and the world for over five decades so as to lay down the foundations of a secretive power bloc, which has included education institutions, banks, hospitals, business conglomerates operating in a wide variety of sectors, business associations, trade unions, etc., with substantial international links.

NewsBy Büşra Toprak
While publicly adopting a rhetoric of intercultural dialogue and peaceful existence, the mystical movement has avoided close contact with any traditional Islamic groups or NGOs, and adopted a purely pragmatic mode of interaction with many political parties, aiming to penetrate critical state institutions. Adherents of the movement constituted a powerful web of institutions that extracted capital and human resources across a wide geography that spans from Latin America to Sub-Saharan Africa and from the United States to Central Asia. The main strategy was to recruit highly qualified youth from a variety of backgrounds and to indoctrinate them along the lines of Gülen’s messianic teachings based upon hiding real identities, forming secret networks and collaborating with main intelligence agencies, starting from the Cold War period.In Turkey, Gülenist groups managed to form a massive web of human cells, over the years, placed in the higher echelons of the security establishment, intelligence institutions, the judiciary, bureaucracy, academia and the business circles in the country. Their first attempt to topple President Erdoğan and the Justice and Development Party, which were perceived to engage in open conflict with the secretive group, came with the 17-25 December conspiracies in 2013. Yet, the plot to discredit the president and his party through fabricated sleaze allegations did not work as planned and the Gülenists in the security establishment and judiciary were disclosed. While investigations were underway to unveil and exclude a substantial portion of Gülenist elements from the military in August 2013, they launched a preemptive strike and initiated the most unorthodox coup in Turkey’s political history, triggered by a distorted religious order.Although Turkey’s political establishment and society in general are not unfamiliar with military interventions, this coup was utterly unorthodox and unique because it was not executed by the central command of the Chief of Staff, but rather by a military junta controlled by Gülenist coup plotters from different army ranks. In this junta, lower-ranking officials who enjoyed a higher position in the distorted religious establishment as Big Brothers (“abi”) were giving orders to generals, along with some academics, bankers and business people associated with the group.

It emerged that the Gülenist soldiers and civilians involved in the coup attempt were carrying 1 dollar banknotes, allegedly blessed by Gülen himself, as a coded means of communication. The coup was also unorthodox from the perspective of organized violence against the close entourage of the president, the Chief of Staff and major commanders of the army, crucial state institutions and the civilian population. Unprecedented events, including the bombing of the Turkish National Assembly, the headquarters of the Intelligence Agency and Special Police Forces by F16s dropping laser-guided bombs, the assassination attempt targeting the president, and the use of high-tech attack helicopters, heavy artillery and tanks against civilians differentiated this coup from its predecessors.

The wide scope and inclusiveness of the democratic reaction to the coup was also unique in Turkish political history, as civilians in both urban and rural centers, municipal workers and NGOs resisted the initiative that planned to pull Turkey into the status of a third-world country. Frankly speaking, Turkey’s experimentation with democratic rule was interrupted on numerous occasions in 1960, 1971, 1980 and 1997, and the idea of “military-led modernization from above” has deep ideological roots that go back at least a century, reaching the Young Turks and early Kemalists.

Despite intensive dialogue and integration attempts with NATO, the European Union and Western institutions for over half a century, the shadow of a potential military takeover has never disappeared from the horizons of the world’s 18th largest economy. But, in previous military interventions, particularly those in 1960 and 1980, the country was struggling with acute socio-economic crises and there was a need for strategic change in development policy, which were used as precepts by the generals to justify the coups. Looking at the 15 July Gülenist coup attempt, it is very clear that there was no socio-economic basis for the coup as the Turkish economy was displaying a respectable growth performance in a global environment that has been demonstrating sluggish growth. There was also no strong social support for the attempted coup.

The Gülenist coup attempt was thwarted thanks to the strong leadership of President Erdoğan, the powerful reaction of the Police Special Forces and the noble sacrifices of civilians at a cost of around 250 martyrs and 2,000 wounded. Despite the huge humanitarian and psychological impact of the attempted coup, the potential impact on the economic structure constituted one of the most important crunch points. Turkey was caught by this heinous coup attempt while the economy was gaining steam, normalization attempts with Russia, Israel and Egypt in foreign policy were advancing with potentially significant economic contributions and strong growth prospects were expected for 2017.

Despite initial hesitation in the international markets, strong macroeconomic fundamentals and effective crisis management by the Central Bank and economic bureaucracy helped to keep the reflections on banking and financial sectors at a minimum. Despite a temporary hike in exchange rates, the stock exchange did not experience a collapse in the value of traded stocks, and there was no speculative attack or exodus of international investors. Perceived investment risks associated with Turkey in the eyes of international investors did not jump either. The rise in the CDS figures during the coup attempt that reflect the risk perceptions of the country for investors was roughly equal to the rise observed when previous Prime Minister Davutoğlu declared his resignation.

Every coup attempt creates multifaceted social, political and economic costs and, objectively speaking, the 15 July Gülenist coup attempt will not be seen as an exception. Since a state of emergency has been declared to normalize the security situation, short-term international investors might be a little jittery in the short term. But in the medium and long term, structural reforms and incentive packages that were announced to boost domestic and international investments before the coup will continue unabated. Notwithstanding the premature and politically motivated decisions by some international credit rating agencies, those investors who place their faith in Turkey with a long-term vision are bound to win as the economy has ample potential for growth.

The post-coup environment will witness a process of purification whereby Gülenist elements embedded in the state bureaucracy, academia, business circles and the media will face legal investigations and prosecutions. This purification process is bound to exclude harmful elements from the state establishment and the private sector, thereby contributing to Turkey’s socio-economic dynamism in the coming years.