Deficits of Freedom of Expression in Germany

The court decision proves that the poem itself is a criminal act in the form of an insult, without a doubt. But Böhmermann's use of a clearly insulting poem shows us the scope of, and the lack of limitations on, freedom of expression in Germany. 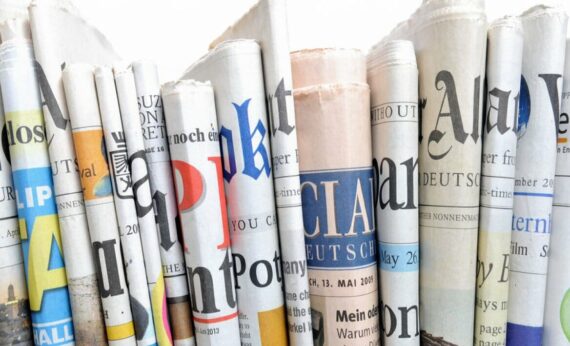 Speech is one of the essential attributes of humans, in that it is precisely what separates us from all other animals. Throughout the history of humankind, the spoken or written word has been used either to create great civilizations or to cause great atrocities. During times of censorship and other repressions, many liberal thinkers in the West, such as Montesquieu or Voltaire, argued for the freedom of expression, naming it a key element of liberté in their work. As with many human rights issues, the concept of freedom of speech is reflected upon and (de)emphasized in times of great legal breaches, such as the collective book burnings in Nazi Germany or the violent suppression of Uyghurs in East Turkistan by the Chinese government. Today, free speech is understood as a universal human right. Moreover, it is viewed as an irreplacable value of a free society; with it, every single person is free to express their views and thoughts.

SecurityBy Serhan Afacan
The dilemma begins when the rights, or values, of two individuals clash with each other. Within the last several decades, individuals who hold strong religious beliefs have been challenged, in particular, by artists and public figures. While the Christian religion dominated discussions in the 1970s and 1980s, the famous “Rushdie Affair” in the late 80s switched the focus towards Muslims and issues connected to the Islamic religion. Primarily after 9/11, free speech was demonstrated in the form of movies (Theo van Gogh), cartoons (Jyllands-Posten), and non-fictional books (Oriana Fallaci or Thilo Sarrazin). Each of these affected Muslims and were stored in their collective memory. The history of the idea of free speech could be summed up in a radical thesis: From the death penalty of Socrates to the “Burn a Qur’an Day,” the protagonists have alternated but the extremes have remained.

The dilemma begins when the rights, or values, of two individuals clash with each other.

The most recent major cause célèbre on the subject occurred in Germany in March 2016, and can be found in legal texts such as Erdoğan vs. Böhmermann. The German comedian Jan Böhmermann used his television show to demonstrate the extents, and test the limits of free speech in Germany by giving a practical example in the form of a poem. This poem was called Schmähkritik (abusive criticism), which is a legal concept by the German Constitutional Court and will be defined later, and contained 24 lines that were filled with profanities and, more importantly, Islamophobic and anti-Turkish stereotypes targeting the President of Turkey.

Before the broadcast, Böhmermann demanded that the Turkish flag be displayed as his background, and that his reading of the poem be accompanied by a German instrumental song which was substantiated by oriental rhythms. Combined, these two elements were intended to ensure that Recep Tayyip Erdoğan knew that this poem was intended for him. This poem became the center of debate in daily German politics for weeks and, even more seriously, provoked a diplomatic issue between the states of Germany and Turkey. The media asked many legal scholars for their opinions regarding the limits of free speech, and not surprisingly, individual scholars used radically different arguments to justify their views.

For instance, one legal scholar favored the interpretation that the whole situation of the satire should be seen in relation to the bigger picture: Böhmermann, so his defenders said, used harsh words, indeed, but this display of disdain for the President of Turkey is not supposed to be seen as isolated; rather, it should be seen as highlighting a theme that was occurring in many forms of media, from cinema to books. This view is also favored by the administrative tribunal of Berlin in it’s decision whether the poem can be read out loud in front of the Turkish embassy in Berlin. This was prohibited by the court with the reference to the mentioned argument that poem singularly is an insult and not protected by free speech.

The court decision proves that the poem itself is a criminal act in the form of an insult, without a doubt.

This court decision proves that the poem itself is a criminal act in the form of an insult, without a doubt. But Böhmermann’s use of a clearly insulting poem shows us the scope of, and the lack of limitations on, free speech in Germany. This leads us to the interesting question: should an evident illegal act as codified in criminal codes in the majority of legal systems around the world become legal simply by announcing beforehand that your intention with your future actions is to insult someone? What’s more, if we take a look at the big picture, then the whole preparation and background of the poem – aside from the content – must be taken into consideration.

One consideration is that Böhmermann stated that this part of the show and poem was directed at the President of Turkey by naming him. Another consideration is that Turkish subtitles of the poem were displayed on the screen while Böhmermann read the poem aloud. The announcement that free speech is provided under the German constitution was not made, nor was the fact that there exists a German legal requirement of “showing the limits of free speech“presented in the Turkish language, so that an intention to inform the Turkish president about these legal subtleties can’t be seen by the moderator. After examining these more subtle attacks that exist outside of the pure content of the poem, it becomes clear that this manifestation of free speech as entertainment must be limited. Böhmermann’s “criticism” had no political dimension, except to unleash vulgar attacks on the person of Recep Tayyip Erdoğan.

It is a legal principle that rights are not absolute. The legal history of the United States provides us with the metaphorical example of “shouting fire in a crowded theater,” which basically means that, under certain circumstances, the freedom of speech is not boundless. With regards to the Böhmermann case, Article 5 paragraph 2 of the the German Constitution explicitly states that free speech finds its “limits in the provision of general laws, in provisions for the protection of young persons, and in the right to personal honour”. Examples of the referenced general laws can be found in Section 103 (Defamation of organs and representatives of foreign states), 130 (Incitement of hatred) or 185 (Insult) of the German Criminal Code. The German Federal Constitutional Court constructed the so-called Schmähkritik so as to limit the freedom of expression in their jurisdiction. This type of criticism does not intend an intellectual discussion and, on the contrary, puts the defamation of the person in the foreground.

This is especially the case when the sphere of intimacy is attacked, such as a person‘s sexual life, or human dignity is violated and therefore outweighs, or overrules, the freedom of expression (BVerfG, Beschluss v. 03.06.1987, Az. 1 BvR 313/85). In short, from a legal perspective, the requirements of Section 103 and 185 of the German Criminal Code is compiled so that individuals who behave as Böhmermann has behaved will be found culpable. Erdoğan has already reported an offense which was authorized by the Federal Government. But one of the most difficult things to do within the context of law is to predict a sentence. Two lawyers, three opinions.

Nevertheless, the law is pragmatic and will find a solution. But what about other norms that are non-binding, such as morality?

Nevertheless, the law is pragmatic and will find a solution. But what about other norms that are non-binding, such as morality? Professor Uwe Volkmann from Goethe University of  Frankfurt rhetorically asked in his Verfassungsblog “A rock bottom and one more rock bottom and one more rock bottom” whether the way Böhmermann delivered his poem shall be the way that public discourse should be led in the future. Volkmann warns that society will be stultified if debates are led with jargon à la Böhmermann. The sophistication of public debate should be respected and, in the meantime, he expresses his regrets that decency within discussions has been lost.

Within this context, we should more intensely debate the ethics of art, instead of giving a free pass to anything that is connected to, or claims to be, art. When the incredibly complex act of peacefully living together is taken into consideration, especially in multi-cultural societies, the law should not periodically educate people about what they are allowed to say and what they should keep to themselves in private. Rather, a sense of decency has to be a norm within society. It might be important to recall the categorical imperative of Immanuel Kant which connects morality and law in a utopian but adjusted manner: “Act only according to that maxim whereby you can, at the same time, will that it should become a universal law.”