Deliberate Misunderstandings Regarding the Republican Character of Turkey

It should be kept in mind that in Turkey today while on the one hand there is no actual problem with the country’s republican character, on the other hand, certain secularist circles aggressively disregard its additional and necessary democracy component. 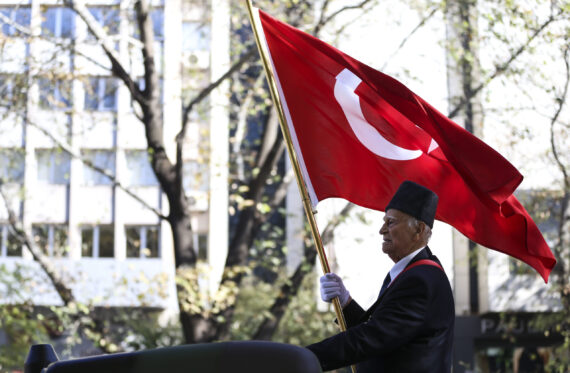 On this occasion, it would be interesting to address some strange behaviors and points that Turkish people still face in 2018. In doing so, I will emphasize some anomalies and a so-called conscious/deliberate lack of information, which is characteristic for some circles in Turkey.

Despite its multi-ethnic structure, the official name of the newly established Republic – Turkey – has been previously adopted as a synonym by the West in addressing the Ottoman State hundreds of years ago. In addition, Turkey has been a de facto republic since the establishment of the Turkish Grand National Assembly in April 1920 – during its “National Struggle” against the invaders in Anatolia.

Today, it’s a little strange that many people in Turkey are still confused in elaborating on Turkey’s recent history. Above all, there is still a lack of communication between certain kinds of political stances and their representatives. For instance, the behavior of Turkey’s certain ultra-secularist circles, which generally insist on the emphasis of the word “republic” while disregarding its additional and necessary democracy component, is meaningless.

Critical voices against Turkey’s initial single-party era, in which a liberal democratic platform with more than a single-party did not exist, are still not able to dominate the discourse. Even – and unfortunately – in academic circles, this critical point cannot be discussed in depth within a concrete and universal framework. There is interestingly still a non-critical –and perhaps a tutelage-like- domination of a Kemalist discourse and history narrative in the media, bureaucracy and academic circles.

Even though Turkey’s education standards have increased in the last 20-30 years, there is a deliberate bias that misuses the “establishment of the republic” as a political instrument to attack or at least harshly criticize groups that do not shy away with their criticism towards any kind of Kemalism. Consequently, an absurd image occurs according to which secularist-Kemalists are proudly “protecting the republic,” while all other Turkish people, who do not accept the explicit and same narrative, are allegedly acting “against the republic.”

Some go far as to abuse the republican term to insult people’s traditions and beliefs. However, it should be clear that conservative Turks do not have a problem with the (or a) “republic” (in general), nor do they have a problem with its additional and indispensable component – democracy. The latter one is generally disregarded and lacking within those circles that use the term “republic” as an aggressive slogan and reduce its meaning to a commanding person-based ideology. Thus, it’s not surprising that Kemalist circles ignore the fact that, for instance, Iran is also a republic, while there is currently no actual democracy there, and that the U.K. is not a republic, and is a functioning democracy. It seems that a quasi-deliberate lack of knowledge or a kind of fetishism with regard to the term “republic” and its universal meaning exists in Turkey today.

There’s no doubt that the establishment of the republic was an indispensable and expected outcome in Turkey’s democratization path. As one focuses on the Ottoman trajectory of democratization, it can be seen that the first parliamentary experiences had already taken place between 1876-1878 when the Ottoman Parliament was established and a new constitution was written. Despite its short lasting period, the point to be stressed and remembered here is that Turkey’s parliamentary tradition had not just fallen from the sky in 1923.

95 years after the proclamation of the Turkish Republic, many people still prefer to extremely glorify a splendiferous narrative by disregarding and playing down certain and key historical facts. But is this manipulative incline really necessary? It’s not possible to build on actual facts without any exaggerations, which consequently causes and reveals problematic situations among Turkey’s different societal sects?

Still, many people and the main opposition party in Turkey fail to address or question the single-party regime’s continuation until 1946 and ultra-glorify this time period without any kind of critical reflection. Turkey’s main opposition in particular has no will to do this although it contradicts its own “social democratic” values. Why did Turkey experience such a period while there were, for instance, more political parties, and more voices during the Ottoman constitutional monarchy between 1909-1913? A number of questions can be raised in this regard.

It should be kept in mind that in Turkey today while on the one hand there is no actual problem with the country’s republican character, on the other hand, certain secularist circles aggressively disregard its  democracy component. In my opinion, one would be less biased if one analyzes the country’s historical and institutional trajectory free from censorship (including the single-party era) and emotional-ideological illusions.