Digital storytelling might be playing a significant role in increasing sex crimes and the gradual degeneration of society due to negative behavioral patterns imbedded in the collective subconscious. 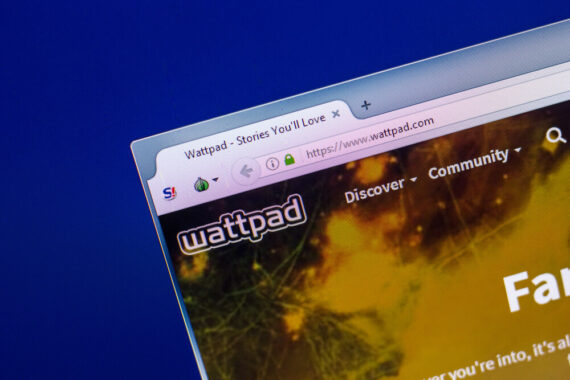 Established in Canada in 2006, Wattpad is an internet community for readers and writers that has more than 40 million active monthly users and is available in over 50 languages. After the U.S. and Philippines, Turkey is the third country with the highest number of Wattpad users. In Turkey, Wattpad is gradually growing in popularity with more than three million users and seven million stories published in Turkish.

Viewing the reader profile in Turkey, it is noteworthy that the average time spent on reading printed books is one minute per day, whereas this time is around 30 minutes per day for Wattpad. Reading books on electronic platforms is gaining prominence in line with the spirit of generation Z and the technological tendencies of the youth. However, observing the reading habits of the youth and analyzing the effects of platforms like Wattpad on these habits are particularly necessary in Turkey, which does not have an established reading culture and ranks 86th in the index of most reading countries.

Teenagers aged between 10 and 18 comprise the most active group in Wattpad. With this platform, teenagers can satisfy their socializing and sharing needs. Wattpad appeals to younger demographics since it is easily accessible and free of charge, provides an opportunity to publish content freely and stimulates imagination and creativity. The readers on Wattpad can like, comment on, or criticize the contents via notifications. In this sense, Wattpad’s functions of helping teenagers create their own language, compose their own audience and interact with them increase the platform’s popularity. Wattpad also presents the youth an opportunity to get away from the pressures of the external world, brings them popularity and recognition, and provides the opportunity of gathering around stories, sharing them among peer groups and forming sympathy.

The threat posed by Wattpad

Apart from all these factors that attract the youth to Wattpad, the online platform has some negative features that are not so visible, yet which threaten the audience. In the stories they write, young writers prefer portraying marginal, narcissistic, depressive, violence prone, psychologically troubled or anti-social characters in order to have more followers and address a larger audience. In doing so, they sugarcoat risky or marginal behaviors, anomalies and negative psychological states.

The youth in Wattpad generally read and write fiction in the categories of romance, young adult fiction, fantastic literature and science fiction. Plots of many such stories involve violence, sexual abuse, rape, pornography, pedophilia or social exclusion. It is striking and curious that the fictions narrating the stories of emotional bonds between characters despite all the sexual abuse are found desirable. Children’s and adolescents’ direct exposure to such contents negatively affect their personality and identity development, emotions and minds.

The stories involving explicit sexuality, eroticism, pornography and distorted relationships lead the youth to become more repressive, conservative or deviant in their relationships while increasing their violence prone behaviors, hampering the development of their sense of self and self-esteem and harming their sense of privacy. In addition, the stories that get high numbers of clicks or likes on Wattpad are published by publishing houses. These books enjoy great interest in book fairs and autograph sessions, which increases the social acceptability of Wattpad’s transition from a digital platform to the printing sector in Turkey.

In the current context, it can be argued that alongside social media, Wattpad and transmedia storytelling might be playing a role in the growing sexual abuse and violence cases. In 2018, the number of reported abuse cases reached its peak in Turkey. Accordingly, children have been subjected to fifty sexual assaults per day and such cases have increased four times compared to the previous year. So, it may be asserted that digital storytelling has a major role in increasing sex crimes and the gradual degeneration of society due to negative behavioral patterns imbedded in the collective subconscious.

Moreover, the stories in the platform might lead to wrong orientations among teenagers as they might take the characters in the stories as role models. The Wattpad stories that involve aggression, sexuality, sexual abuse, emotional and physical violence cause introversion, dysfunctional relations, traumas stemming from early sexual experience, and legitimization of violence considering that adolescence is a phase in which people need to assert themselves as individuals, become independent, look for values, need to love and to be loved in return, and make future plans. When they leave the virtual world, adolescents can confront serious problems in perceiving real life and social relations. In this regard, Wattpad is detrimental to not only individuals, but also the future of society.

Wattpad and transmedia storytelling might be playing a role in the growing sexual abuse and violence cases. In 2018, the number of reported abuse cases reached its peak in Turkey.

Several factors such as the absence of an established reading culture in Turkish society, the replacement of conventional printing and publishing activities by digital platforms, new media’s spotlighting the culture of exposure, and the inability to realize Tukey’s cultural potential increase the negative effects of the platforms like Wattpad on society.

The most important factors leading the youth to follow inappropriate contents in Wattpad include the fact that they cannot reach the “fantastic” characters they read about in Wattpad in daily life, emotional and cognitive dissatisfaction from the family and the education they receive, and the absence of strong role models who will shape their world of meanings. Also, the youth sympathizing with amoral characters and taking them as role models might profoundly affect their family and social relations, education and careers. It is evident that the youth are vulnerable and highly impressionable in the face of the threats posed by this platform although they lean towards it with intellectual motives. Furthermore, some books written by several Wattpad writers have been adapted into screenplay, which manifest the rising influence of the platform.

In order to get rid of the possible threats posed by Wattpad, content checks should be made, the age limit should be heeded, or the logins of children and adolescents on such platforms should be under parent control.

Wattpad, which at first seems promising in terms of filling the gaps in children’s literature and young adult fiction in Turkey and the world, is taking generation Z by storm with the contents published on it. Considering that the rate of selectively and regularly reading books in the 7-14 age group in Turkey is 35 percent, it becomes obvious that Wattpad’s prominence will negatively affect children and adolescents as it will change the form of reading culture and intellectual motives.

In order to get rid of the possible threats posed by Wattpad, content checks should be made, the age limit should be heeded, or the logins of children and adolescents on such platforms should be under parent control. However, the current control mechanisms on technologies and communications cannot prevent access to online networks. So, cooperation within the family and educating and raising awareness on the subject appear as the best solution. Parents must be especially informed on the 18+ contents written randomly and having inappropriate features. Relevant state institutions should spearhead and disseminate digital culture channels and establish new platforms that will satisfy and appeal to generation Z.

Emine Kaya graduated from Ankara University, Faculty of Theology in 2016. Kaya completed her MA at Ankara Yildirim Beyazit University with a thesis titled “An Assessment of Piety in Turkish Culture with a Focus on Religious Questions in the Media.” Kaya has publications on religious groups, the environment and application of e-education, and is currently working on media and society.