In the last few years, some shocking pictures coming from conflict zones have turned audiences into passive, distant sufferers. 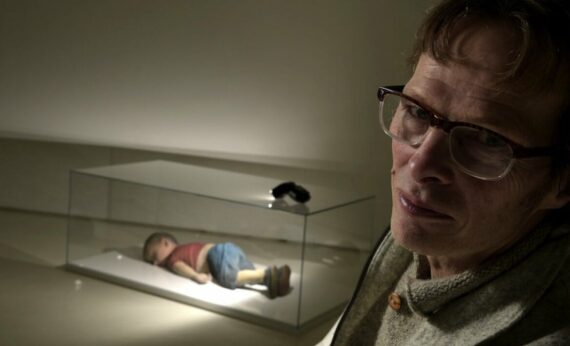 In the 21st century, the dazzling development of visual media technologies has moved the concept of gratification of some desires, needs, or appetites to the virtual environments. Alongside its professional uses, the Internet in particular has also turned into a “social” platform for emotional satisfaction of modern individuals. In other words, getting pleasure or suffering has moved into a new digital concept through audio visual outlets.

Human zoos – elaborate fairs popular in Europe that put people taken from colonial lands on display for Western audiences – which once represented “the other” in cages, have fortunately ceased to exist today. But the others’ appearances, stories and deaths have been caged in TV and PC screens by virtue of the fact that they have always been crowd-pulling phenomenon for the media in some way. In the last few years, some shocking pictures coming from conflict zones have turned audiences into passive, distant sufferers as well, although some consider that they create an awareness about the poor helpless victims whose images are shared. However, the heartbreaking images have woefully remained as a source of emotional satisfaction, particularly in the West, with little practical help offered beyond expressions of sympathy.

Famously, Aylan Kurdi, who washed up on a Turkish Mediterranean coast in September 2015 while he was desperately seeking safe land in Europe, instantly became a shocking image in the media. The tear-jerking picture of this three-year-old Syrian boy had broad repercussions in the world. Almost all international news channels covered the story, and the image has been shared hundreds of thousands of times on social media platforms. Self-contradictorily, while it is nearly impossible to see the dead body of a British, French or American child posted in the media, the vast majority of Western newspapers in particular had published the picture of Aylan’s body on their front pages. Some claimed that it raised awareness about the Syrian Civil War and the refugee crisis. During the “top topic” times of Aylan, a number of conferences, talks, programs and exhibitions had been organized in the United States and European countries. A lot of articles were written about this “dramatic” death. The media had produced lots of content. On the other hand, millions of people watched, listened and probably said: “Oh, you poor thing”.

Unfortunately, the social reflex after Aylan’s death has not gone beyond taking an emotional gaze and suffering from far away, for a while. Furthermore, focusing on a “spectacular” image has caused people to ignore the reality of war zones in Syria and other places. Maybe this image has become a powerful symbol of the war, people will remember it time to time, but it will have been representing the Syrians’ war. It has been consumed as media content which is feeding the individuals’ satisfaction via the media industry. Although the fact remains that the conventional and social media have set a strong agenda through Aylan, the question is what has been changed with this sensational photo of a little child at the end of the day? Has Aylan’s image triggered any mass social movement in Europe or America? How many Western governments expressed a sense of responsibility in housing refugees from Syria, Iraq or Afghanistan?

Overwhelmingly dramatizing the death of innocent children has not stopped suffering in Syria for a year. Making the pictures of Aylan a kind of commodity through the media hasn’t pushed the West to do something noteworthy about the Syrian Civil War and refugees. In this regard, Canada has become an exceptional country which succeeded in putting on a “refugees welcome” campaign. Aylan’s family had reputedly been trying to reach Canada through Europe. His story and the refugee crisis in general directly became a question of debate in the Canadian Federal Election on Oct 19, 2015. However, only 35,745 Syrian refugees have arrived in Canada since November 2015, meanwhile Şanlıurfa, a Turkish city, has welcomed more than 400,000 refugees.

Mediated Echoes of a Picture

In fact, Aylan is not the only child whose death or sad story has been heavily circulated or not circulated enough by the media. On January 5, 2016, four months after the death of Aylan, at least 34 people including at least three children washed up in the Aegean coasts of Turkey after two boats overturned in stormy weather. Although there were much more photos, the global media attention was very limited. People did not even care for their names. Because, it was not something new and “the concept of death” had already lost its impact. Another time, Omran Daqneesh’s image, probably you remember, was an unusual concept, a new “thing” to be mediated, but Hamza Ali Al-Khateeb’s photo, who was a thirteen-year-old Syrian boy who died in the custody of the Syrian government, was not sensational enough to cover. As the phrase goes, while the West brought many children to display for business and enjoyment off its own bat, it has mainly failed to receive most of the refugees, including many needed children. And unfortunately, the pictures of Aylan, Hamza Ali and many other children’s dead bodies have arrived in Europe via the media.

Aylan’s image has triggered a discussion around the refugee crisis and such a use of spectacular pictures by the mass media. In the United Kingdom, for example, while the Times newspaper argued that the UK must take more Syrian refugees and the Guardian suggested EU powers be prepared to spend more of their efforts and resources fostering the conditions for ceasefire, the Daily Express said they should not allow themselves to be emotionally blackmailed into feeling guilty that they are acting improperly by not letting even more illegal immigrants in.

Fraser Nelson of the Telegraph made a different comment: “A photograph of a drowned child is heartbreaking, but should not change policy: a botched response can lead to many more dead children. Hundreds of Yemeni children will likely starve this winter, victims of its civil war – we won’t see the pictures, so we’re unlikely to see anyone petitioning Parliament about them. But it’s no less of a tragedy.” Furthermore, a comment by Brendan O’Neill in The Spectator magazine on September 2015 was much more critical: “The global spreading of this snapshot … is justified as a way of raising awareness about the migrant crisis. Please. It’s more like a snuff photo for progressives, dead-child porn, designed not to start a serious debate about migration in the 21st century but to elicit a self-satisfied feeling of sadness among Western observers.”

Touching People, not the Screen

However, the debates have not changed anything remarkable in a positive manner. Instead, France closed the Calais refugee camp, Norway launched an anti-refugee advertising campaign. The United Kingdom has faced rising xenophobia since Brexit. Donald Trump, who is famous for his xenophobic discourse, won the US presidential election. Germany has somehow tried to send refugees back to Turkey. The rightwing pundits in the West have been given a new platform to speak, even some left-wing philosophers have joined the discussions with anti-refugee statements. Despite the rise of the right-wing in the West, many people have turned into distant sufferers on the media screens as a reaction to the heartbreaking images. This “distant suffering” has eventually become a kind of quiescence and insensitivity. Noam Chomsky, an American philosopher and political activist, considers it a moral crisis and criticized the reaction of the states: “Among citizens, there are honorable exceptions, but the reaction of the states is a moral disgrace” and he adds: “The shame is deep and persistent”.

At this point, Western nations should ask themselves in terms of their sincerity whether they are emotionally satisfied with some spectacular photos or are they really keen to do something for Syrian people by pushing the governments into action. Otherwise, the images of victims like Aylan and Omran will feed suffering “fetishes” and the emotional satisfaction of Western individuals. Instead of bestowing a hand of help to them, the Western world prefers to be distant sufferers via TV and computer screens. I shudder to think that the current situation has become a kind of modern exploitation over the children’s bodies via the media commodities. People in the West must materially and morally go beyond the pictures and do something about the crisis lived by Syrian children. They should begin to think about them outside the screen, even if they are not the “top topic” agenda in the media.

On January 4, 2017 CNN published an exclusive news story entitled “The Rohingya A[y]lan Kurdi: Will the world take notice now?” It covers the picture and story of Mohammed Shohayet, a 16-month-old Rohingya refugee whose family fled their home for Bangladesh to escape the violence in Myanmar’s Rakhine State, only to drown during the journey along with his mother, uncle and three-year-old brother. The title itself – “Rohingya A[y]lan Kurdi” – already means that the child’s death is not something new and different for the media and their audience.