“Divide and Rule” – this time through Kurdish independence

“Exactly like the past century, the motto for this century is ‘divide and rule.’ This strategy has been implemented successfully by global colonialist groups for many years.” 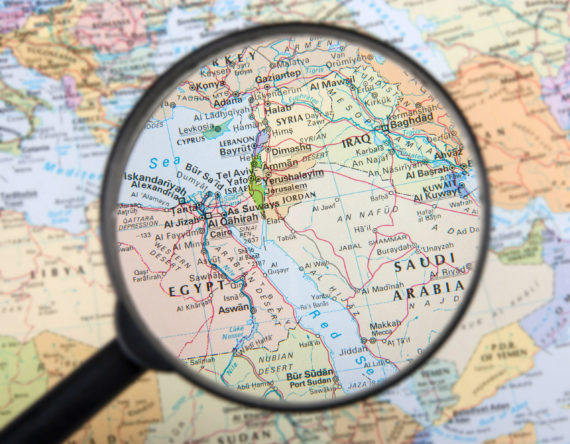 The Kurdish independence referendum, initiated by Masoud Barzani in northern Iraq, has occupied the political agenda for a long while.

On September 25 Iraqis in the Kurdistan Regional Government (KRG) controlled areas were asked whether they wanted to declare independence from Iraq.

While the result of the referendum has been announced to be 93% in favour of independence, the international community, including the UN, US, Turkey and Iran refuse to accept the result.

Deeming the referendum as illegitimate, Turkish Foreign Minister Mevlut Cavusoglu has once again claimed that it is not too late for the KRG to resolve the issue.

He insisted that the KRG should take necessary initiatives in order to cancel the result of the referendum “within the given time.”

He added: “If necessary steps are taken within that time, then ok, but if not, then the demands and steps [made by] the Iraqi administration will be an important criteria for us.”

While the referendum in northern Iraq has received worldwide criticism, Turkey’s presidential spokesman Ibrahim Kalin confirmed that Turkey’s objection was to the illegitimate referendum held by the KRG “not against the Kurdish people.”

During a live television interview, Kalin was also asked about President Erdogan’s visit to Iran.

Kalin confirmed that “We are on the same page with Iran on that issue [KRG referendum]. Protecting Iraq’s territorial integrity is not a thing that Turkey and Iran agree on. Practically the whole world thinks the same.”

Speaking at a joint news conference with his Iranian counterpart Hassan Rouhani in Tehran, Erdogan said: “What is the referendum organized by northern Iraq’s regional administration for? No country in the world apart from Israel recognizes it.”

Colonialist ambitions in the Middle East

In further comments regarding the independence referendum, President Erdogan said on Thursday that global colonialist groups were deploying the “divide and rule” strategy in the region.

During a meeting in Ankara the President said: “Our ancient geography has been going through a tough, painful and unsteady period in which the cards are being reshuffled and the maps are being reshaped.”

“Exactly like the past century, the motto for this century is ‘divide and rule.’ This strategy has been implemented successfully by global colonialist groups for many years.”

Further, he claimed that the purpose of this strategy was to divide Syria and Iraq along ethnic and sectarian lines in order to surround the south of Turkey.

In reference to the September 25 referendum, the President said: “Nothing has finished, everything has just started.”

Adding that an air embargo has been imposed on the Kurdish region, Erdogan stated that: “You have Iran on one side, Turkey in the north, Iraqi government in the south and Syria in the west. What will you do? Where will you go? How will you get out?”

“Who is giving advice to you? You have only Israel backing you. You put the former French foreign minister on your right and a Jewish Zionist on your left, and are working together on a table. They are not your friends… They are with you today and will disappear tomorrow.”