Biases arising from research design should be taken into consideration by Turkish survey companies in order to gather more reliable data from the field. This renovation can help us to understand reflections on voter preferences in the field. 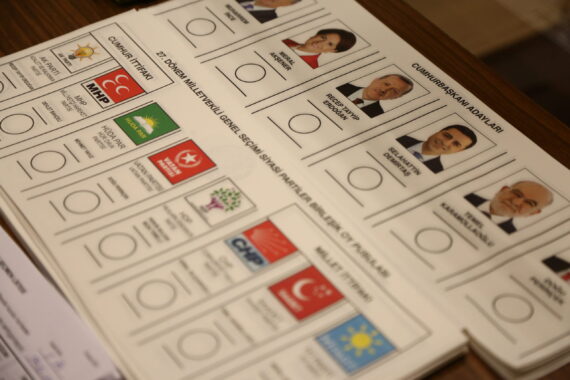 Ballots are seen as people arrive to the Turkish Embassy in Belgrade to cast their votes for Turkey's presidential and parliamentary elections on June 24, in Belgrade, Serbia on June 17, 2018. Anadolu Agency

One of the most debated issues throughout the 24 June parliamentary and presidential elections in Turkey is about the results of election surveys conducted by different companies. Every week, different companies continue to announce the results of their surveys to the public. Nonetheless, even if their results are clearly examined, it is difficult to follow voter preferences via these surveys. Each company forecasts totally different results and people trying to follow the elections get confused because of discrepancies in them. Thus, it is important to ask some crucial questions to understand whether these differences arising from survey design, methodology, or sample selections and whether they reflect voter preferences in Turkey.

In Turkey, there are multiple companies conducting election surveys via different methods. Nonetheless, most of the companies chose using structured surveys rather than in-depth or semi-structured interviews. Due to the fact that structured surveys require a bigger sample to represent a real-world situation, surveys are conducted with at least 1000 people in accordance with the general tendency seen in different examples throughout the world. Nevertheless, it is obvious that most companies in Turkey face with the sampling error in their surveys related to their sample selection technique. The biggest problem is related to their random sample selection technique – which arises from the fact that they conduct their surveys with less than 5 thousand participants, which then creates a selection bias. Successful examples from the world show that random sample selections can be successful only if they are conducted with a significant sample size. When Turkey’s population, approximately 80 million, is considered, it is difficult to say that these results can reflect an approximate value. It should be reminded that selection bias problem was one of the reasons that led to the failure of U.S. survey companies during the 2016 presidential elections.

Another reason of discrepancies in results is the reliability and validity problem in surveys. Most companies do not clearly reflect their research design and formation of questionnaire to show possible biases in their results. Companies publish their results without underlining methods and techniques used in the research. Additionally, none of these companies release raw data and enable researchers to analyze possible biases and deviations from the real-world situation. However, it is one of the ethical duties of research companies to provide public access to their raw data. Additionally, it is also important to see whether the participants in surveys are exposed to directive questions, which also creates biased results. This issue is important in order to see validity of survey results.

There is another factor that should be paid attention to measure the reliability of survey results in reflecting voter preferences in Turkey. Almost none of the most experienced survey companies publicly announced the results of their surveys about the June 24 elections. Only some of the recently established small-scale companies represented their results to the public. Even if some people make speculations on the reasons of these companies not representing any results, it can be clearly understood when difficulties in conducting a large-scale survey in this busy election calendar are taken into consideration.

Overall, it is hardly easy to say that election surveys represent a real-world situation in regards to the upcoming elections in Turkey. Especially after their failure in the latest presidential elections in the U.S., the companies re-reviewed their research design and sample selection techniques and started to use more scientific methods to prevent uncertainty and inaccuracy in their results. Thus, these factors and biases arising from research design should be taken into consideration by Turkish survey companies in order to gather more reliable data from the field. This renovation can help us to understand reflections on voter preferences in the field.