Germany's Federal Minister for Economic Affairs and Energy has called for reform of Germany's political system to address "fundamental issues of trust and acceptance". 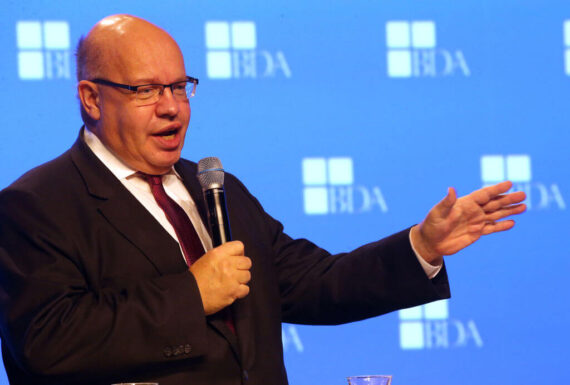 For a long time, Germany’s political system has been regarded as stable without any need for change. However, recently some voices have begun calls for reform. Among them is Germany’s Federal Minister for Economic Affairs and Energy, Peter Altmaier, a close ally of Chancellor Angela Merkel. He recently called for a fundamental reform of Germany’s political procedures, which should be launched even this year. In a German newspaper, Altmaier wrote that “it seems as if the traditional political system of our country has been in a kind of permanent crisis” pointing to the recent state elections in Thuringia, where the Left Party and the far-right AfD received more than 50 percent of the votes.

Altmaier argued, that “it’s no longer about any new chairman, chancellor candidate or minister, it’s not about coalition compromises, it’s about fundamental issues of trust and acceptance”. According to Altmaier, “politics would be responsible, when the proportion of voters who no longer voted for a party represented in the German government had doubled”. Altmaier thus states that all parties – particularly the big parties – should be ready for fundamental political changes that will involve citizens into the decision-making process.

However, his concrete proposals are currently limited to reducing the number of members of the German parliament (Bundestag). Although the German constitution requires a minimum number of 598 MPs, there are currently 709 MPs in the Bundestag. The disparity in the number of seats can be explained by Germany’s electoral system which awards seats on the basis of votes received for individual constituencies and a party list. Procedures that aim to balance the outcomes between these two categories create so called overhang seats (Überhangmandate) in which further seats are added to party’s total allocation. More recently, this system has been accused of unfairly favoring the CDU.

According to Altmaier, however, the number should gradually be reduced to an “appropriate number” and the number of cabinet ministers should also be limited to fifteen. In addition, the high number of secretaries of state (currently 35), and government employees should also be reduced by one third in the next government’s tenure. Finally, Altmaier also suggests that the tenure in the federal legislature should be increased from four to five years, and that federal and state elections should coincide; that is to say, Altmaier does not agree that there should be a permanent mood of election campaigning in the country due to state and federal elections taking place during different times, and which also has an impact on the federal government’s agenda.

Until now, Altmaier’s calls have not led to any actual serious debate though some opposition politicians from the Free Democratic Party (FDP) and Greens have criticized Altmaier and his CDU for being responsible for the current conditions. They blame Altmaier and his government for increasing the number of secretaries of state. On the other hand, the FDP blasted Altmaier for not talking with his own party about the matter and instead talking to the media.

A further criticism came from the AfD, who argued that the fact that secretaries of state as members of the executive are also simultaneously MPs of the legislative body undermines the separation of powers. However, it is not clear what kind of a solution Germany’s parliamentary system should bring regarding the AfD’s criticism. Furthermore, besides prime ministers or chancellors, nearly all cabinet members are also members of the parliament, and although this may not be the best way of separating powers, it is actually quite typical across parliaments.

Furthermore, a few days later and independently from Altmaier’s remarks, the leader of the FDP, currently in the federal opposition, also called also for a substantial change to current regulations. Christian Lindner proposed a two-term limit on the tenure of the German Chancellor to 5+5 years. Some senior voices opposed this idea stressing that German citizens decide every four years who can be the Chancellor, and, that Germany is not a presidential democracy where term limits are meaningful. However, others supported Lindner’s –call.

Well, as one notices, there are currently some occasions for debating Germany’s political system which has become even more interesting due to the decreasing importance of centrist parties over the last couple of years. In such conditions, a country with a robust political system or system of government generally will proves itself against several challenges. Given Altmaier’s and Lindner’s proposals, it seems that the long-lasting tenure of Chancellor Angela Merkel has highlighted some difficulties regarding Germany’s post-1945 parliamentary democracy, even though there are not that many voices both in political and media circles that have raised these issues.

Besides Altmaier’s somewhat superficial proposals, it’s with no doubt a meaningful idea to consolidate federal and (16) state elections, which currently causes a de facto permanent election environment. This most likely constrains already fragile coalition governments at the federal level, particularly recently. A fresh debate concerning new opportunities or even proposals about the political system would not be that bad for Germany. However, it should be kept in mind that making some fundamental changes to the system will not eliminate problems caused by the rise of the extreme right and left. For this, other a changes in political content as well as structural adjustments are needed.