One way to prevent a regime coalition offensive in Idlib would be if the U.S. stepped in. If the U.S. could come to a more balanced position between Turkey and the PKK it could allow for a so-called “NATO zone” that would put nearly half the country out of reach of the pro-Assad coalition, and place Turkey’s territorial holdings in Syria under the political protection, if not the military protection, of the United States. 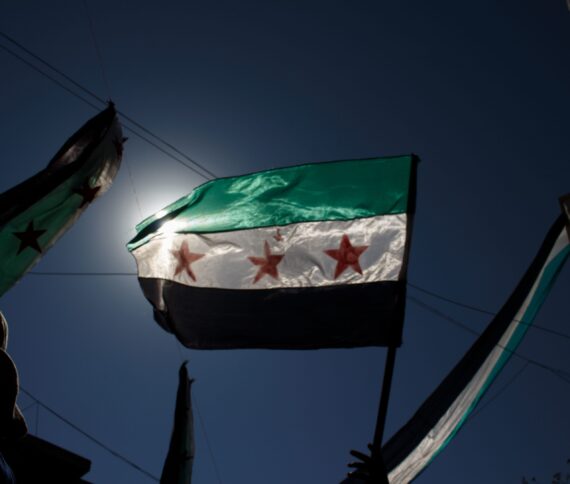 A picture taken on October 15, 2018, shows an Abd al-Ibrahim, whose home was destroyed during fighting, as he rests on his trip to supply water to his family at the house they are squatting in the northern Syrian city of Raqa. Getty Images

Today in Istanbul, four governments — Turkey, Russia, Germany, and France — are meeting for a summit over Syria, attempting to consolidate the Sochi Agreement signed by Russia and Turkey over Idlib, and re-invigorate the international political process. There is little reason to think that these talks can succeed on either front.

Turkey was drawn into the “Astana process” with Russia and Iran at the end of 2016. One of the key aspects of this political track was the creation of four “de-escalation” zones, three of which were then systematically liquidated by the Bashar al-Assad regime and its backers in Iran and Russia. By July of this year, only the Idlib de-escalation zone, the last province in insurgent hands, remained. The pro-Assad forces gave clear indications that Idlib was next and this assumption took hold. Having destroyed or humbled nationalist rebels across the country, and deported jihadist insurgents to Idlib, packing them in among a desperate, displaced population, the regime coalition was able to frame the apparently imminent offensive in “war on terror” terms.

On 17 September, a deal between Turkey and Russia was reached in Sochi as part of the Astana process that called off the pro-Assad offensive, for now, and created a demilitarized zone (DMZ) in Idlib. The zone cut ten miles into the insurgent zone, where Turkey has “observation posts”, and leaves the Assad-Iran forces surrounding Idlib. The responsibility was put on Turkey to clear the DMZ of heavy weapons by 10 October and by 15 October to remove the “radical terrorist groups”—namely Tandheem Hurras al-Deen, al-Qaeda’s new faction in Syria; Hay’at Tahrir al-Sham (HTS), al-Qaeda’s former branch in Syria and the predominant insurgent force in the province; and the smaller jihadist groups that are dependent on HTS like the Turkistan Islamic Party (TIP).

It was unclear that HTS would comply with this arrangement, though they did through an ambiguously-worded eleventh-hour  statement. HTS announced that it was taking a “balanced” approach that prevented a sanguinary offensive by the regime coalition, yet at the same time they were not going to be dragged into a political process dominated by the regime’s allies.

The Turkish government has been engaged in a campaign to split apart HTS, drawing its reconcilable elements into the mainstream opposition, grouped with the Free Syrian Army (FSA) factions under the banner of National Liberation Front (NLF), while isolating and eliminating the extremist hard core. HTS understands this danger, and the danger of de-escalation, which has allowed the re-emergence of the protest movement—against Assad and the jihadists. To counter this, over the last two months, HTS has arrested scores of activists to try to dismantle civil society and bring the province under its sole control. The Turkish struggle with these al-Qaeda-linked and al-Qaeda-style jihadists poses a serious threat for the country  since their networks cross into Turkey itself. There is a risk of domestic terrorism from a Turkish crackdown on extremists in Idlib.

There is also a major trap-door in the September agreement for Turkey: assuming the jihadists are neutralized, the pro-Assad coalition remains poised to attack Idlib and might well take advantage of the reduced resistance either to launch a full-scale offensive or to impose a “reconciliation” (surrender) agreement in the province. While Turkey might, in theory, be open to a reconciliation agreement, it has to be known that such an accord would not prevent the wave of refugees and the scattering of terrorists inside Turkey that Ankara so badly fears. It would also invite in an Assad-Iran system that has close relations with Ankara’s sworn enemies, the YPG/PKK, perhaps bringing the Kurdish terrorists into another border area.

The primary factor determining whether a pro-Assad offensive is viable is whether Russia provides air support. The regime itself, as Russia knows better than most, is in tatters. But politically, the ongoing presence of HTS, a fact for the foreseeable future, could provide a pretext more or less at the time of Assad’s choosing. The dilemma for Moscow, finally made to choose sides, is that its feeble position leaves it trying to bluff its way into influence. Moscow has been able to temporarily delay an attack by Assad and Iran to preserve its relations with Turkey, since such relations are the easiest way to undermine and potentially fracture the NATO alliance. If and when the Assad-Iran ground force moves against Idlib, however, it is very unlikely the Russians will withhold airstrikes—they have already begun them, after all, if only to keep the pressure on Turkey, even as negotiations continue.

One way to prevent a regime coalition offensive in Idlib would be if the U.S. stepped in. If the U.S. could come to a more balanced position between Turkey and the PKK it could allow for a so-called “NATO zone” that would put nearly half the country out of reach of the pro-Assad coalition, and place Turkey’s territorial holdings in Syria under the political protection, if not the military protection, of the United States. This scenario remains unlikely since the U.S. has committed itself to the PKK. Over the summer, Russia was able to correctly read U.S. statements of support for rebels in the Deraa area of the south as hollow and managed to convince Israel to hold fire as Assad and Iranian militants seized the border zone. Similarly, while the U.S. and Turkey remain divided, it allows Russia to play one off against the other and advance its cause and that of its client regime.

This situation renders the efforts by Germany and France to energize the peace process moot. The Geneva process has in any case been significantly reshaped along Astana lines by the Russians so that it now favours “peace” on Assad’s terms, and, whether Russia lends an assist or not, the Assad regime—supported by Iran—retains a maximalist position that intends to reconquer every inch of Syria’s territory. The Europeans have no ability to stop this militarily and the belief that “reconstruction” funds do or can offer leverage over the regime is pure fantasy. Firstly, any funds fed into the Assad-held zone will be syphoned off to reinforce a patronage system of organised criminality and sectarianism. Secondly, a regime that has endured the last seven years of warfare will not be swayed from its course — let alone pushed from office  by money. At most, the Europeans could offer political support to Turkey, potentially making it more awkward for Russia to back an attack, though over time attention will fade and Idlib’s fate will likely be settled by force.

Kyle Orton is a researcher focused on the Syrian conflict. He tweets @KyleWOrton