Does the West Want a Democratic Turkey? 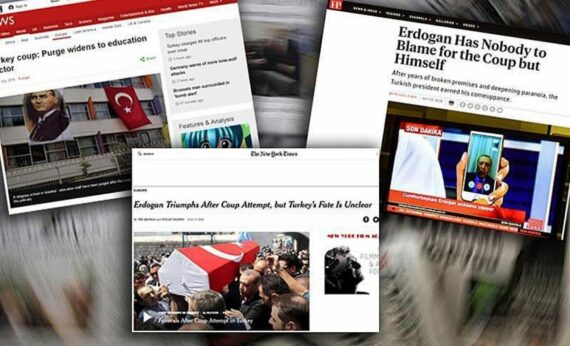 Democracy and democratic values have long been at the epicenter of international affairs. Universally applied democracy has come to determine not only internal but also international affairs. Despite this, democracy has remained a controversial issue and, not in a few cases, has been used as a tool in the hands of those who claim to be standard bearers of democratic values: the West.

On July 15, the Turkish state structure was threatened by a coup attempt, which aimed to overthrow the Turkish government and democracy. Governmental institutions that represent democracy in Turkey such as the Grand National Assembly (TBMM) or media outlets were bombed and innocent civilians who strove to defend their nation were killed. More than 250 men, women and children were killed during the coup attempt organized by the Fetullah Gülen Terror Organization (FETO), which eventually failed to achieve its goal.

For the first time in Turkey, politics, the media and people united against the common enemy: the coup plotters. Nevertheless, during and after the coup attempt, another opponent actor emerged. Surprisingly, some international actors, both leading politicians and media outlets, were disappointed by the failure of the coup attempt and still fail to recognize the democratic values to which the Turkish citizens firmly adhered. Moreover, some of these actors strove to exacerbate the situation. At this point, it is fair to ask whether these international actors want a democratic or a non-democratic Turkey. It seems that their choice is a non-democratic Turkey, which will follow their recommendations and submit to their will.

The stance of these international actors can be analyzed under three subtitles: politics, the media and Turkish expats. With the exception of the latter, the behavior of the other actors was not fair –not only towards the Turkish state but also, most importantly, towards the Turkish citizens.

During the first hours of the coup attempt, state leaders and government representatives made vague statements. It was clear that their stance towards the coup attempt was to be shaped according to its outcome. As it became evident that the putschists were losing ground, only then did the state leaders begin to declare their support for the democratically elected government. This pattern was followed primarily by the US and other Western countries. A striking example is the message directed to the US citizens from the US embassy in Turkey in which the coup attempt was called an “uprising”.

While politicians were reluctant to make politically incorrect moves, the media acted as it habitually has done during the last years: it vilified Erdoğan. From the beginning of the coup attempt, Western media did not hesitate to announce that the Turkish government had fallen and that the military was in control. News about Erdoğan requesting asylum in Germany was widely broadcast. In addition, even when the president, the prime minister and other leaders declared that the state was in control of the situation and that this was just a coup attempt, Western media did not transmit this critical information to their audiences.

Fabricated news about Turkey occupied the headlines of the Western media and these were unfortunately not mere exceptions. In fact, Turkey has become immune to such kinds of hoax, though the Western public has not. The Western media almost unanimously began to accuse the Turkish government and President Recep Tayyip Erdoğan directly or indirectly and are still trying to portray him as culpable in these events. First, the mainstream Western media did not mention the names of those who attempted the coup. They have been portraying FETO as a peaceful face of Islam and Western countries continue to harbor the organization’s leader and leading personalities in their respective countries. Moreover, the Western media and politicians forget that the organizers of the coup attempt–FETO–pose an imminent threat to the security of Turkey, and the measures taken in the aftermath of the coup are the same as any state would take to protect its own national security.

Second, the Western media focused solely on President Erdoğan, and did not mention at all how the putschists bombed the capital city, how the army helicopters killed more than 250 innocent women, men and children without mercy or even how the united people marched on the streets to protect their state. Most of the headlines raised concerns about the “authoritative tendencies of Erdoğan and the purge against the opposition groups.” By this, they concealed the reality and the message that the Turkish citizens gave on the streets. They refused to see that all political parties represented in parliament declared their opposition to the coup attempt. Similarly, the Western media refused to expose the support against the coup attempt in the streets and the squares of Kurdish-populated cities.

Third, the Western media and many journalists warned and even threatened the Turkish authorities against punishing the putschists. It can be said that they do not want the Turkish government to take proper measures against the putschists. Moreover, the Western media stated their defiance against the state of emergency declared by the Turkish government, a legal right in the constitution, and also accepted by the European Human Rights Convention. Their Orientalist approach towards Turkey shows that they still consider Turkey to be a typical Middle Eastern or a third-world country.

An important example that needs to be mentioned is WikiLeaks. Soon after the coup attempt, WikiLeaks posted on its official Twitter account that the Turkish citizens must get ready to fight as it was to publish approximately 300,000 emails from the AK Party that would shed light on the coup attempt and those behind it. It was a shame for WikiLeaks and the media outlets that made news of this statement as it resulted in a huge sham. The emails that were made public were mainly spam email followed by some inconsequential emails. Afterwards, many Turkish citizens mocked WikiLeaks, while the international media remained silent, pointedly not updating their previous news in this regard.

The media outlets in the Middle East were/are more neutral towards the coup attempt. They were divided into two opposing categories. The first category welcomed the coup attempt in Turkey, which has been considered as the last Ikhwan-like regime in the region. This view was shared by the Egyptian media, which is under the control of the Sisi government, an administration established after a military coup in 2013. Similarly, the media outlets controlled by the United Arab Emirates (UAE) were also strongly pro-coup and anti-democracy. Those who are in favor of one-man rule and strictly authoritarian regimes consider Turkey to be one of the last remnants of the popular and democratic movements of the Middle East. The second view welcomed the crackdown of the coup attempt and declared its support of the Turkish people and their legitimate administration.

Lastly, the Turkish expats in different countries went out onto the streets to support the democratically elected Turkish government in its battle against the Gülenist Terror Organization that plotted the coup attempt. Many Turks gathered in front of Gülen’s mansion in Pennsylvania, requesting his extradition to Turkey. At a time when the Turkish people are intimidated by the West, the support of their expats was essential. However, some influential Turks living in the West and working for the Western think-tanks followed the policies of their host institutions, criticizing the Turkish government and President Erdoğan, but omitting the death toll and the outstanding resistance of the Turkish people.

To conclude, the domestic and international actors, in most cases, had opposite impacts on the events of July 15. While the domestic actors served as a catalyst for defending the unity of the state and the democratic values, the international actors mostly tended to obliterate the reality, especially through their biased media. For what it is worth, the Western antagonism did nothing but further unite the Turkish people. Today, the people are aware of their power and this has made them stronger than ever; a notion that the West has long taught but little supported. 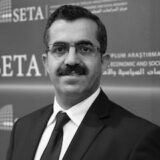