Does Turkey have a brain and wealth drain problem?

If the lack of liberty, disrespect for merit, and an economic slowdown are not the reasons behind the educated and wealthy peoples’ decision to leave the country, then what is? 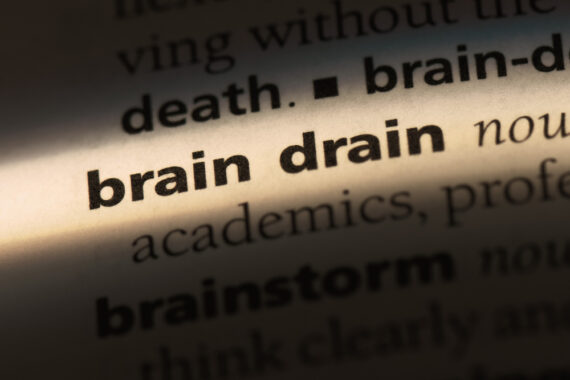 Recently, it has been claimed that educated and wealthy sections of society are leaving the country. These people, it is contended, are leaving for three basic reasons: the lack of liberty, disrespect for merit, and a narrowing down of economic opportunities.

First of all, Turkey has undergone a process of extensive democratization in the last two decades. The role of the military and civil bureaucracy has been curtailed as the sphere of politics has persistently increased. Power has been transferred from the state to the people.

Alongside the empowerment of politics, various mechanisms to limit the power of politicians and government have been introduced. The presidential system, which was put into practice with the 24 June 2018 elections, introduced a strict system of checks and balances between the executive, the legislative and the judiciary. Moreover, the rule of law in the country has developed to the point that the opposition and minorities enjoy a degree of liberty that they could not have been imagined twenty years ago.

Recently, it has been claimed that educated and wealthy sections of society are leaving the country. These people, it is contended, are leaving for three basic reasons: the lack of liberty, disrespect for merit, and a narrowing down of economic opportunities.

It is true that the fight against the PKK terror inside and outside Turkey, and the dismantling of FETO (the terror organization which had infiltrated the state and perpetrated a bloody coup on 15 July 2016) members from the state have damaged, to an extent the country’s democracy. Yet this is a matter of national security and maintaining order and security is a precondition for maintaining the rights and liberties of the citizens. Moreover, the security policies do not prevent citizens who are not involved in terrorist activities from pursuing their ordinary lives. In short, there is no state of emergency that interrupts the normal flow of life in the country.  In light of all these facts, it is hard to suggest that a lack of liberty triggers educated and wealthy people to leave the country.

Secondly, a disrespect for merit is said to prompt people to leave the country. Turkey is a country which seeks to increase its manufacturing capabilities and redefine its international status as an important international actor. This is hardly a rhetorical claim used by politicians to garner public support. Turkey has enjoyed a high growth rate for 15 years. The per capita income has grown from $3,000 to over $10,000 in a decade. This growth survived the 2008 global economic crisis. Turkey’s defense industry, which is very crucial for a country’s economy, shows great progress as well. Turkey can locally produce over 60 percent of its military equipment and weapons.

It is true that for about a year the Turkish economy has slowed down. But so have other economies in the world. There is a global trend of an economic slowdown. Yet, recently the Turkish economy has started to demonstrate a sign of recovery. So we should ask: how on Earth does a country with high growth rates disrespect merit? And can a country which seeks to increase its power and place in international politics be that irrational to marginalize its own talent and wealth? It is difficult to give a positive answer to these questions. States like Turkey normally seek to include and make use of all of their citizens’ abilities. But some citizens may decline to give support to their own state.

Lastly, it is argued that since there is an economic slowdown in the country some people have started to leave the country for other places where there are better job opportunities. As pointed out above the Turkish economy has grown fast and steadily. Moreover, the redistribution of wealth within the country seems to be done in a more just and equal way as we look at the growth of the middle class in the last two decades. Turkey, which was once a country of a wealthy minority and a poor majority, has grown into a country with a large middle class.

If the lack of liberty, disrespect for merit, and an economic slowdown are not the reasons behind the educated and wealthy peoples’ decision to leave the country, then what is?

Indeed, the growth of the middle class in the country has recently slowed down a bit. Yet this does not constitute a large scale and permanent trend of economic collapse. It appears to be a temporary phenomenon as we take into consideration the recovery of the economy in the last couple of months. Thus, the economy argument does not support those who contend that the educated and wealthy people leave the country due to an economic slowdown.

If the lack of liberty, disrespect for merit, and an economic slowdown are not the reasons behind the educated and wealthy peoples’ decision to leave the country, then what is? We should look beyond the alleged arguments and focus on the contradictions between the elite and the masses in order to find the right answer.